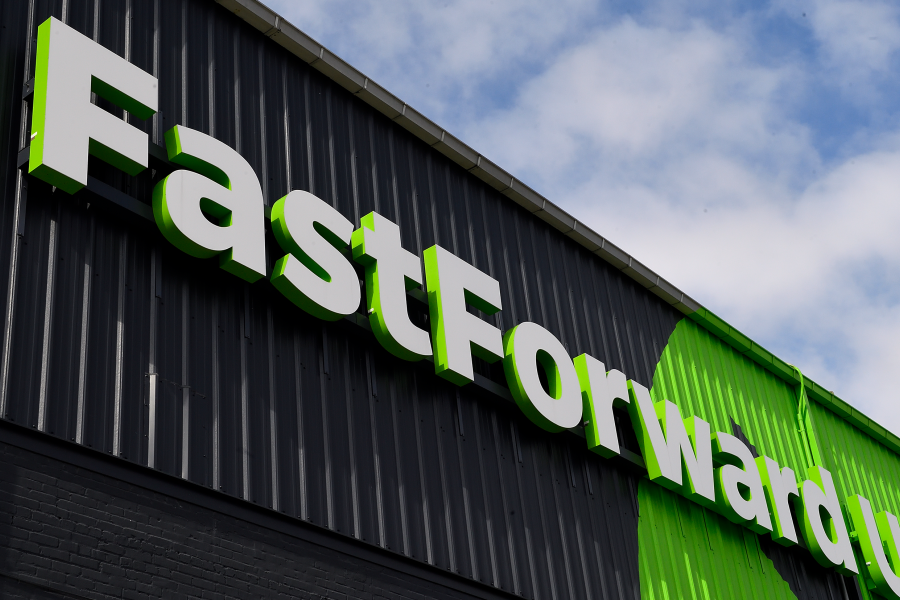 Maddy Sukhdeo always wanted to start a business. But the rising Johns Hopkins University senior is double majoring in psychology and Writing Seminars, works part-time, and is on her sorority's council, so finding the time to focus on entrepreneurship during the school year seemed impossible.

That's why Sukhdeo was excited to sign up for FastForward U's inaugural summer incubator, a six-week pilot program where participants receive free housing, mentorship opportunities, and a small stipend to focus on their startup or innovation. The two-dozen participants—half of them JHU undergraduate students and the other half JHU graduate students—also had access to FastForward U's co-working space and Makerspace near the Homewood campus.

"This gave me the time and the accountability to create something," says Sukhdeo, who is developing an app that compiles events and community information around the Johns Hopkins campus for students.

"The incubator pilot did everything we hoped it would," says Josh Ambrose, FastForward U's director of student ventures. "Students got more dedicated time to work on their projects, built new community connections, utilized the co-working space and learned from mentors. We look forward to continuing to grow the program."

Joshua Blair says applying for the summer incubator was a "no-brainer." Blair and Spencer Shumway are recent graduates of The Johns Hopkins Center for Bioengineering Innovation and Design and co-founders of Sequoia Neurovitality, which is developing a headband that helps older people with their sleep. They started working with FastForward U late last year and found out about the summer program from Ambrose.

"We were big fans of the support we got [at FastForward U], and the opportunity to work on Sequoia full-time was like no other for us," says Blair. "There are not many programs that let you have a lot of free rein but also give you support and resources like this."

Blair arrived at 9 a.m. weekdays to FastForward U and spent most of his time developing a prototype, keeping all of Sequoia's equipment in an office locker. He also enjoyed the impromptu conversations with other teams and gleaning their expertise.

" There are not many programs that let you have a lot of free rein but also give you support and resources like this."
Joshua Blair
Recent graduate of The Johns Hopkins Center for Bioengineering Innovation

"It's really refreshing to be in an area where there are diverse projects going on because it helps with our creativity," he says. "Hearing others talk about how they approach their problems with the backgrounds they came from, you find a lot of really great nuggets of information that can be used in your own startup or strategy-wise. It's a really good way to progress the project forward."

For Jordan Shuff, the incubator brainstorming sessions happened early in the morning and late at night. A few participants would gather at 7 a.m. weekdays in one apartment for a coffee hour before heading over to FastFoward U, she says. At night, a group would gather again in an apartment for takeout followed by an evening work session.

Shuff is a co-founder of Visilant, a digital health startup that seeks to leverage telemedicine and artificial intelligence to eliminate avoidable blindness globally. She joined the incubator in part to eliminate her daily commute from her home in Newark, Delaware. Shuff spent the majority of her time in the incubator monitoring and reviewing data from a 1,000-patient clinical validation study being done with Visilant's partners in India.

Shuff, who also graduated in the spring from CBID, has been giving other teams advice about running a clinical trial. The self-described "scientist researcher," in turn, has been seeking guidance about entrepreneurship.

"I've been really appreciating getting to bounce off questions about different business models and different resources for getting through regulatory approval and all those fun things that some other people have more experience with," she says.

Sukhdeo admits she occasionally experienced "imposter syndrome" because she just had a startup idea where some of her cohort had been working on their ideas for years or raised hundreds of thousands of dollars. But she credits FastForward U and her fellow incubator participants for offering their support and feedback. She and two other students who are in software development are building the app, and the team plans to do customer discovery with Johns Hopkins students.

"It's like you feel like you're on the brink of something wonderful," Sukhdeo says of working on a startup. "And you have all of these people behind you wanting you to do well, even though when the reality is that very few ventures actually pan out. So, it's nice to feel that encouragement, because what you're going into is very difficult, no matter how you slice it."