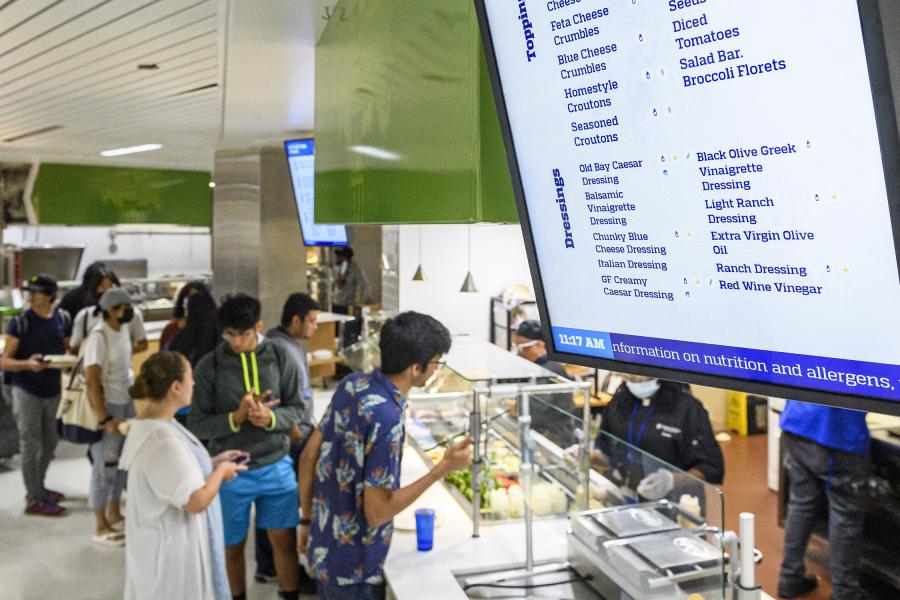 Hopkins diners get a taste of something new

Under the new university-operated dining model, diners will enjoy enhanced menu options, upgraded spaces, and operational decisions that center on the dining experience

The Johns Hopkins community—and students in particular—will enjoy new updates and enhancements to a crucial aspect of campus life: dining.

Johns Hopkins has launched a new dining program that the university itself will operate, providing greater flexibility and control over operations at dining locations on the Homewood and Peabody campuses. Diners will enjoy new atmospheres and menu options, as well as strategic enhancements to behind-the-scenes operations that will bring Hopkins Dining more closely in line with the university's overarching values.

"When you have a corporate partner running your dining program, you're driven by financial considerations and make decisions based on your budget," says Matthew Moss, the inaugural assistant vice provost for dining programs, who joined Johns Hopkins last fall to help facilitate the changeover to a self-operated model. He brings 21 years of leadership experience with Aramark and Levy Restaurants, where he oversaw food operations at convention centers, universities and even the 2008 Beijing Olympics. "We've committed to look through the lens of the student's experience—the diner's experience—as our priority and then decide how to make the right financial decisions."

Image caption: Michelle Moon, a 10-year veteran of Hopkins Dining, prepares egg drop soup. Feeding others is a passion for Moon, who takes the lead preparing meals at home, too. "But I especially love cooking for my Hopkins football players," she says with a smile.

This summer, Hopkins Dining ended its nine-year partnership with Bon Appetit, a California-based restaurant management company that contracts with more than 1,000 clients across 33 states. The university's new dining model builds on Bon Appetit's emphasis on seasonal and locally grown produce and more closely aligns with the university's institutional values of sustainability and supporting local businesses.

Image caption: Deborah Drumgole at the deli counter prepares fresh, made-to-order sandwiches. The bread comes from Gold Crust Baking Company, a bakery in Virginia that produces much of its own solar energy to power its operations.

Although the farm is not Baltimore-based, its practices make a significant impact on the local environment. The university's self-operated dining model provides the dining team the flexibility and independence to make such strategic vendor selections. The dining team is working closely with the Johns Hopkins Office of Sustainability to develop a dining plan that further incorporates sustainability in its menu planning, operations, and vendor contracts.

Dining halls across Homewood and Peabody have also undergone renovations and rebranding to reflect the new look and feel of the Hopkins Dining program. Most notably, the Fresh Food Café is now Hopkins Café, and new environmental graphics have been installed there, as well as in the Levering Kitchens and Charles Street Market locations. Both residential and retail locations will be home to new menu concepts including:

Despite these many changes, however, some things will remain the same: Hopkins Dining retained all of the hourly union employees from Bon Appetit—more than 150 employees. Many of the cashiers and chefs preparing meals will be familiar faces to students. 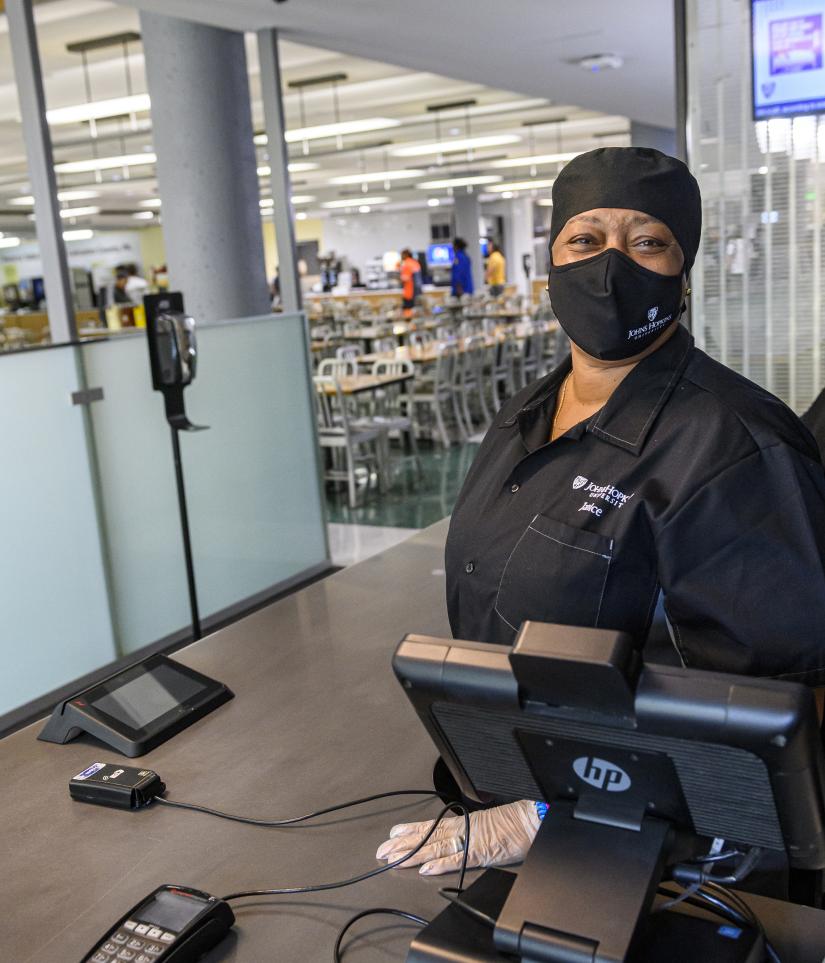 Image caption: Janice Walker, a cashier, has worked for more than 40 years at Hopkins Dining. She remains in touch with some of her former students. "I take care of them the way I'd want someone to take care of my grandkids when they're at school," she says.

The dining staff—including its new managers—is committed to a mission that centers on food and dining as a means of fueling not just the body but also nourishing social connection and community.

"For highly driven individuals, like those at Johns Hopkins, food can become viewed as a necessity," Moss says. "We want to create spaces and environments where students want to socialize, gather, and create community—to have that collective undergraduate and graduate experience." 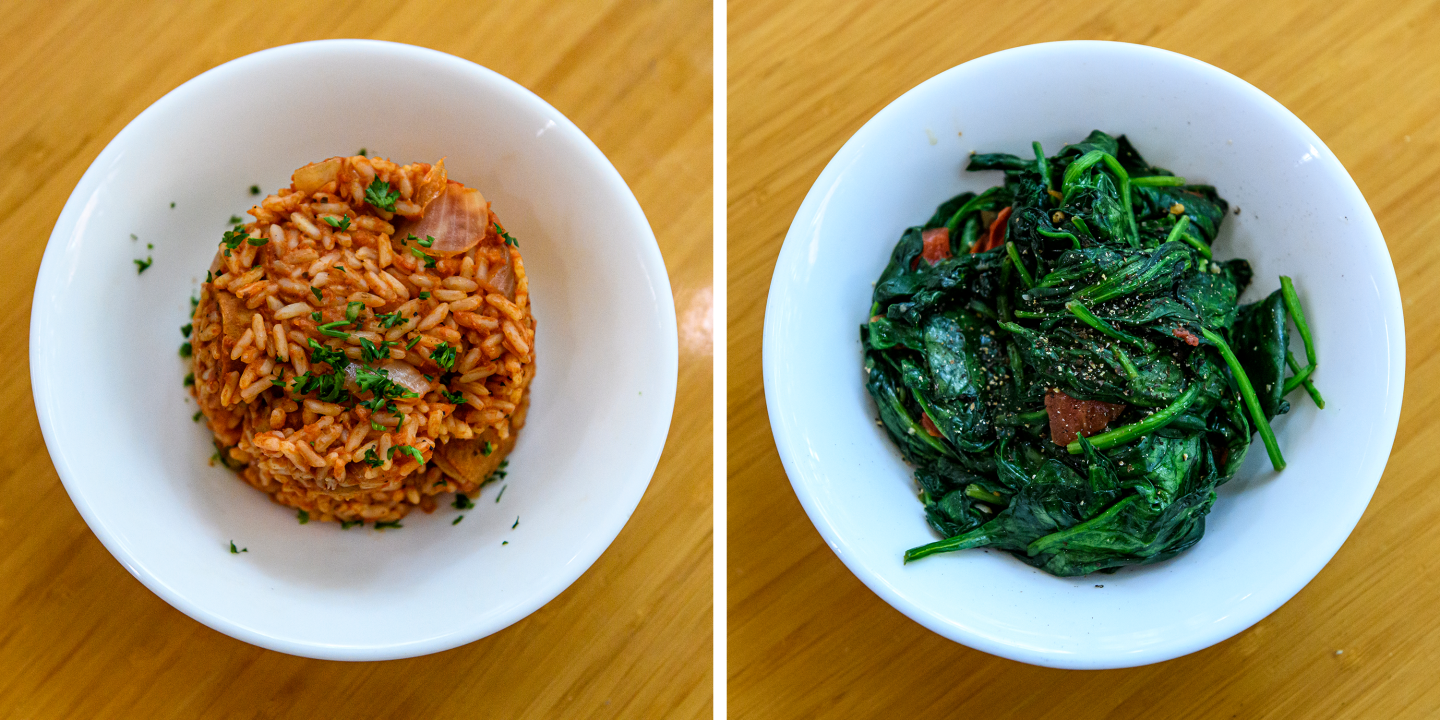 To do that, they'll have to serve a diverse and international clientele of students, faculty, and staff. To meet these various dietary needs, Hopkins Dining is also upgrading its menu app. Though menus have traditionally been posted and available online, those static lists didn't reflect the last-minute changes that occur when food is prepared—when produce orders arrive late or are missing key components of dishes and chefs make substitutions based on what's fresh and available. Using the integrative Nutrislice foodservice technology, Johns Hopkins chefs will be able to update their menus as the food itself is prepared, and those changes will be automatically pushed to menus on the app. Diners can then filter these digital menus based on dietary and nutritional needs and make informed dining decisions based on how the food is prepared and what ingredients it contains. Hopkins Dining is also employing Touchwork's TxtandTell technology to collect diner feedback and comments.

It's this latter technology component that will help inform how the Hopkins Dining program evolves.

"It's really important for the community to understand that we've stood up the dining program quickly, but it's going to be an evolving process," Moss says. "We have long term goals to achieve, but our priorities for this first year of operations are to build our team, innovate in our use of technology, and upgrade our menus and our spaces." 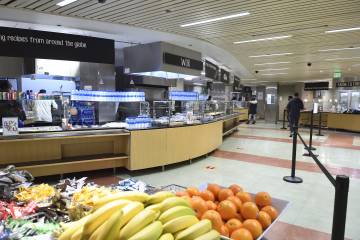