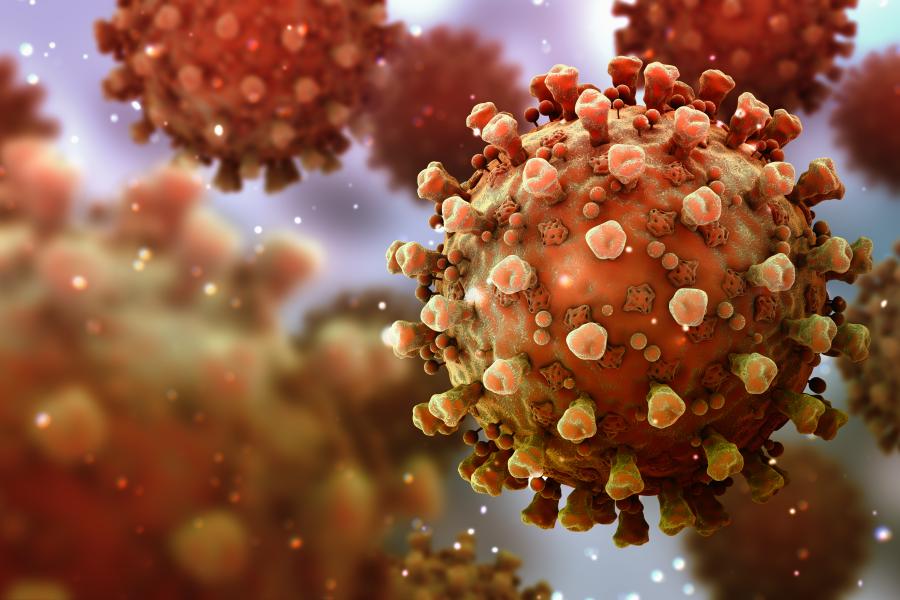 Johns Hopkins Medicine researchers say that an experimental nanoparticle treatment called OP-101 substantially reduced the risk of death and need for a ventilator in a study of 24 severely ill adults hospitalized with COVID-19.

Results of the small clinical trial—which was funded by Ashvattha Therapeutics, a Johns Hopkins startup company that makes the drug—specifically found that patients who received the drug had fewer biomarkers of inflammation and brain injury circulating in their blood compared with patients who received a placebo.

A report on the study was published July 20 in Science Translational Medicine.

"OP-101 could be a potent therapy for decreasing hyperinflammation and promoting repair in people with severe COVID, showing significant clinical benefit without the associated side effects typically seen with some other treatments," says Sujatha Kannan, professor of anesthesiology and critical care medicine and pediatrics at the Johns Hopkins University School of Medicine.

Kannan and her husband, Kannan Rangaramanujam, professor of ophthalmology at the Johns Hopkins University School of Medicine and Wilmer Eye Institute, developed OP-101 by attaching a powerful antioxidant/anti-inflammatory drug known as n-acetyl cysteine, or NAC, to a nanoparticle that is 100,000 times smaller than the thickness of a sheet of paper. Each nanoparticle has drug molecules attached to it, and can deliver the drug specifically to inflammatory cells called macrophages. The nanoparticle delivers the drug to only those macrophages involved in inflammation at the site of injury. Currently, NAC is used in a different form to treat acetaminophen poisoning and for thinning mucus secretions in airways.

"OP-101 could be a potent therapy for decreasing hyperinflammation and promoting repair in people with severe COVID, showing significant clinical benefit without the associated side effects typically seen with some other treatments."
Sujatha Kannan
Professor of anesthesiology and critical care medicine and pediatrics

The pair of researchers are co-inventors on patents related to the drug's discovery, and founded a biotechnology company, Ashvattha Therapeutics Inc., based in California, to develop the drug and fund clinical trials. The company licenses the technology through Johns Hopkins Technology Ventures.

The researchers caution that larger clinical trials of OP-101 must be completed, and that OP-101 should be used to treat COVID-19 only in a clinical trial or, for other medical needs, with the supervision of a physician.

For the study, researchers recruited 24 patients between the ages of 43 and 86, mostly male (five Black, 15 Hispanic, and four non-Hispanic white) with severe COVID-19 admitted to hospitals between August 2020 and May 2021 within five medical systems located in five states in the U.S., including The Johns Hopkins Hospital.

Patients with signs of severe COVID-19 who were on mechanical ventilation or on oxygen through high-flow nasal cannula were eligible to be enrolled in the study. The majority of patients included in the study were in the intensive care unit. Six patients received a single intravenous 2 mg/kg dose of OP-101; six received a 4 mg/kg dose; five received an 8 mg/kg dose; and seven received a saline placebo within 24 hours of enrollment.

All 24 patients also received standard care for COVID-19, including corticosteroids used to suppress inflammation and the antiviral drug remdesivir.

The investigators were not aware which patients received placebo or OP-101 until the end of the study.

At the conclusion of the trial, the researchers found that OP-101, at a dosage of either 4 mg/kg or 8 mg/kg, was sixfold better at reducing the inflammation marker C-reactive protein, and fourfold to tenfold better at reducing biomarkers of neurologic injury such as neurofilament light and glial fibrillary acidic protein.

The risk of death or needing a ventilator at 30 and 60 days after treatment was 71% for patients who received the placebo and 18% for those receiving OP-101.

OP-101 was not associated with any adverse events, and was well tolerated in this critically ill population. "It is possible that OP-101 may also be useful in treating the neurologic, cardiac, and respiratory symptoms associated with long COVID, since a proportion of patients with long COVID have persistent inflammation," says Rangaramanujam.

The researchers are planning larger clinical trials of OP-101.