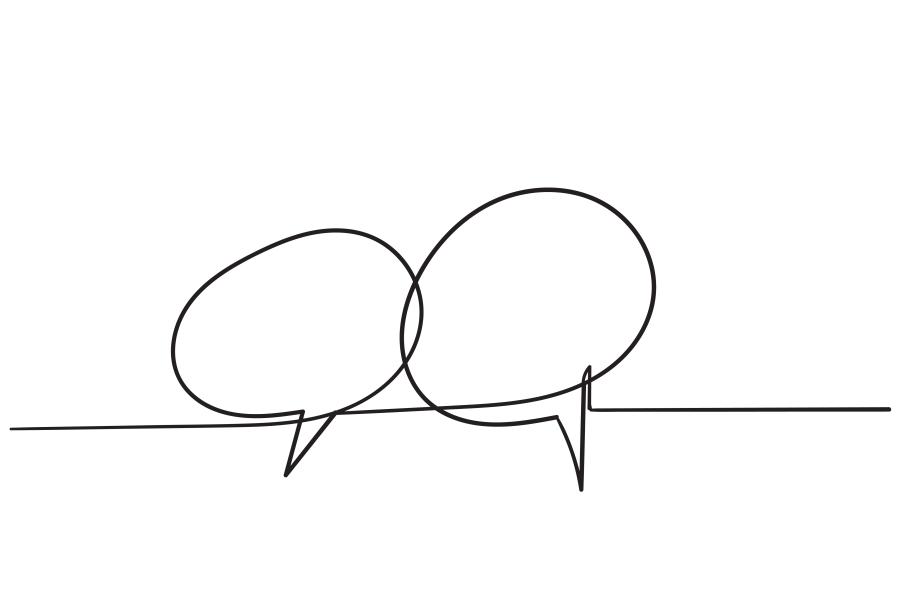 How to talk about suicide

Suicide is a public health problem with major impacts. The ways in which it gets reported and talked about can help those who are struggling.

In one of her first reporting jobs, journalist Aneri Pattani worked the crime beat and occasionally covered suicides, which were grouped with homicides and fires. After her first articles on suicides, she received feedback from prevention researchers, survivors, and people who had lost loved ones. They suggested using different phrasing, like "died by suicide" instead of "committed suicide," and connected her with resources like Reporting On Suicide.

Pattani had received no specific training or guidance about how to write about suicide when she was in journalism school at Northeastern in 2013. Instead, she learned on the job thanks to the tips people sent her. Pattani is now a national correspondent covering mental health and suicide for Kaiser Health News. She is also an MPH student at the Bloomberg School, where she connected with suicide prevention researcher Holly Wilcox, a professor in Mental Health, to share existing guidelines, the research behind them, and practical tips on how to apply them in a free Coursera course called Responsible Reporting on Suicide for Journalists.

But the curriculum isn't just for reporters. "All of us can use tips on how we communicate with each other" about suicide, Pattani said in an episode of Public Health On Call.

In fact, the language we use to talk about suicide, how we frame the issue, and the content that gets shared on the web and social media can affect what happens next—specifically, whether it contributes to more deaths or prevents them.

Suicide Is a Public Health Issue

Often laden with religious or moral stigma, suicide is an uncomfortable topic for many people. "In society, we at one point looked at it as a crime," Pattani said, referencing her work on the crime beat.

The course sets out by framing suicide as a public health problem. "That sounds really basic," Pattani said, "but a lot of people haven't taken the time to think about suicide in that way."

Consider the scope: Suicide is the 10th leading cause of death in the U.S. for adults. In 2020 alone, nearly 46,000 people died by suicide with an estimated 1.2 million attempts. For teenagers, it's the second leading cause of death behind unintentional injuries. 2019 data shows 6,488 deaths by suicide among young people aged 10 to 24. Prior to 2019, most suicides in the U.S. were among white, middle-aged males. Although overall suicide rates declined slightly after 2018, during the COVID-19 pandemic, suicides among racial minorities increased "significantly." There's also evidence that veterans, people who live in rural areas, sexual and gender minorities, and tribal populations are at an increased risk of suicide.

These are big numbers, but suicide's impacts aren't measured in deaths alone. People who lose loved ones to suicide face their own mental health impacts, including trauma, grief, or even stigma and shame. Suicide attempts also account for significant impacts on individuals including mental, physical, and financial costs.

These are the population-level impacts, Pattani said, but the causes can be population-level too. "When you step back and look at what causes suicide—the risk factors—those are also population-level things like housing, jobs, and the economic status of the country [as well as] racial discrimination and bias," she said.

"Looking at both the causes and the impacts, it becomes clear that suicide is a public health issue and has to be dealt with at the population level, but a lot of people don't know that because we haven't had that conversation society-wide."

How We Talk About Suicide Matters

The course is designed to help reporters understand how impactful media can be on suicide trends and the power of responsible reporting to improve public health.

Extensive research shows that news coverage of suicide is associated with spikes in subsequent suicide deaths among the public.

A 1974 study on the influence of suggestion found that "suicides increase immediately after a suicide story has been publicized…The more publicity devoted to a suicide story, the larger the rise in suicides thereafter…restricted mainly to the area in which the suicide was published." A 2018 study found that "repetitive reporting of the same suicide…[was] positively associated with suicide rates."

"This is not to say that any coverage of suicide is bad," Pattani explained. "In some newsrooms, they don't write about it or talk about it at all. That's not what the research and guidelines are saying."

In fact, not talking or writing about suicide allows shame and stigma to creep in. The more suicide is discussed—thoughtfully and using evidence-based guidelines—the more we as a society become skilled in handling these difficult conversations. Effective reporting can increase the likelihood that people will seek help, which is why both the WHO and the CDC have identified responsible reporting as a key tool in preventing suicide.

"It's really more about how we frame stories around suicide, and is it just dramatic and [a] tragedy, and just the idea of this problem existing or we are putting in [actionable] information about hope, or resilience, or treatment?" Pattani said.