The Opioid Industry Documents Archive, a project of Johns Hopkins University and the University of California, San Francisco, today released more than 114,000 documents related to McKinsey & Company's work as a management consulting firm for the opioid industry over a 15-year period.

The documents show how McKinsey advised opioid makers Purdue Pharma, Endo Pharmaceuticals, Johnson & Johnson, and Mallinckrodt to help them increase sales, despite the growing public outcry over the opioid epidemic. The documents come from the company's files between 2004 and 2019 and are being released under the terms of the $573 million settlement that McKinsey reached with 47 states, five U.S. territories, and the District of Columbia in February 2021.

A New York Times article published Wednesday [examines the breadth and depth of the consulting firm's role in the opioid crisis] through the lens of the documents, finding that McKinsey helped clients deal with regulators, secure approval for new products, and adopt aggressive strategies to increase sales, even as concerns grew about the potential harm of opioids:

Much has been disclosed over the years about McKinsey's relationship with Purdue Pharma, including the consulting firm's recommendation that the drug maker "turbocharge" its sales of OxyContin. But The Times found that the firm played a far deeper and broader role in advising clients involved in the opioid crisis than was publicly disclosed.

The newly released McKinsey records include more than 15 years of emails, slide presentations, spreadsheets, proposals and other documents. They provide a sweeping and detailed depiction of a firm that became a trusted adviser to companies at the core of an epidemic that has claimed half a million American lives.

Johns Hopkins and UCSF launched the documents archive in March 2021 as a free resource for anyone interested in learning more about the circumstances leading to the opioid crisis, which has contributed to the deaths of more than half a million people. The archive's mission is transparency—to deliver to the public a wealth of information that those who have been personally affected, as well as researchers, policymakers, and others can now analyze to gain insights into the epidemic.

"These documents now form a unique and invaluable public resource to help us comprehend the magnitude of harm done to the millions of Americans affected by the opioid crisis."
Jeremy Greene
Professor, Johns Hopkins School of Medicine

These new documents provide insight into McKinsey's consulting work for Purdue Pharma and other opioid manufacturers. Materials include scopes of work, proposals, and invoices; presentations prepared for internal discussion and for clients (including Purdue Pharma and Endo Pharmaceuticals); spreadsheets outlining project staffing; and emails responding to news about increased restrictions on opioids. The collection also houses letters from regulatory agencies, including the U.S. Food and Drug Administration, in response to new drug applications from opioid manufacturers; preparation materials for regulatory advisory committee meetings; opioid-related transition documents for state and federal agencies; and other internal files.

"These documents now form a unique and invaluable public resource to help us comprehend the magnitude of harm done to the millions of Americans affected by the opioid crisis," said Jeremy Greene, professor of medicine and the history of medicine in the Johns Hopkins School of Medicine. "More generally, they shine a bright light on the murkier intersections of science, industry, and financial interest that continue to characterize the U.S. health care system."

The archive includes new documents as they become available through resolution of legal action against companies involved in the opioid industry. It builds upon the foundation of the groundbreaking Truth Tobacco Industry Documents archive at UCSF, which for more than two decades has fostered scientific and public health discoveries transforming tobacco policy in the U.S. and around the world.

"Researchers can leverage these litigation documents to see patterns of industry behavior that could be regulated to protect public health," said Dorie Apollonio, a professor of clinical pharmacy in the UCSF School of Pharmacy. "This will be critical to identifying reforms that can protect against future epidemics like this." 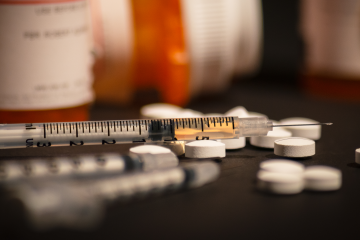 Published May 10, 2022
The largest acquisition of litigation documents to date is made available free to public within the Opioid Industry Documents Archive, a collaborative effort by the Johns Hopkins and the University of California, San Francisco