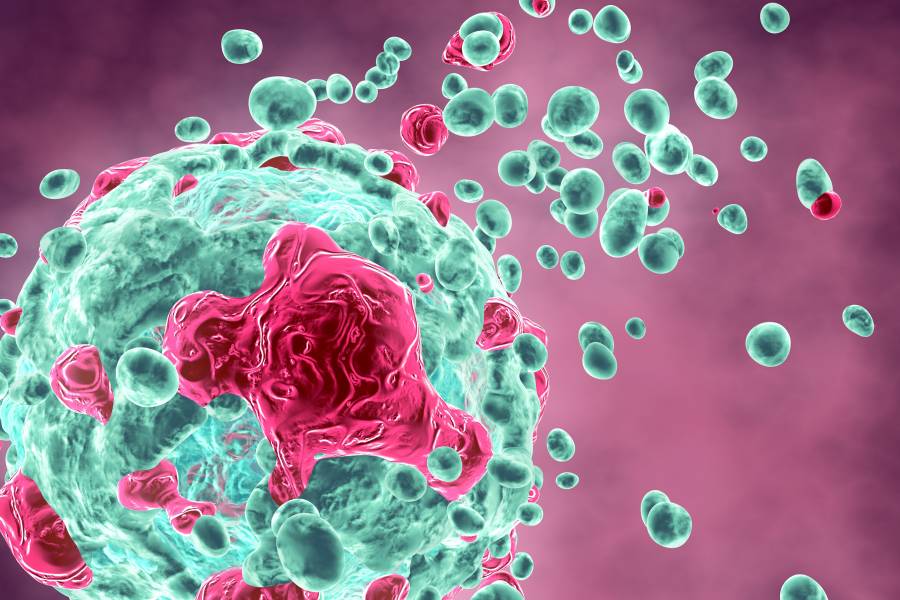 The new test, developed by Johns Hopkins researchers, has potential to help oncologists quickly determine the efficacy of a patient's treatment plan

By Amy Mone and Valerie Mehl

A novel, automated liquid biopsy test in development by researchers at the Johns Hopkins Kimmel Cancer Center can accurately detect the presence of cancer DNA in the blood of patients with metastatic breast cancer within five hours. The test, currently a prototype for research use only, could potentially be used to quickly help oncologists determine if cancer treatments are working.

The test, called the Liquid Biopsy for Breast Cancer Methylation, or LBx-BCM, is compatible with a commercially available molecular testing platform called GeneXpert and can detect methylation, a type of chemical tag, in one or more of nine genes altered in breast cancers in 4.5 hours. It requires less than 15 minutes of hands-on time by a laboratory technician. A validation of the test and its potential uses was published online May 6 in the journal Cancer Research Communications.

Many patients with breast cancer do not respond to chemotherapy but go through multiple cycles of treatment before oncology teams can perform imaging studies to determine if a treatment is effective, explains senior study author Saraswati Sukumar, professor of oncology and pathology at the Johns Hopkins University School of Medicine. Imaging can be effective at detecting changes in larger tumors, but it is nearly impossible to identify changes in smaller tumors, Sukumar says.

"Our goal was to develop an assay that would be sophisticated yet simple to perform worldwide and could be used at the point of care to provide same-day feedback to clinicians and patients," Sukumar says. "If we are able to show by this cartridge assay that we are indeed successful in predicting the course of treatment, we might be able to institute changes in the way we look at chemotherapy and the way we treat patients for metastatic breast cancer."

With the LBx-BCM test, developed in collaboration with scientists at Cephied, a technician can place blood or plasma samples from cancer patients in tubes containing a reagent (a mixture used for extracting DNA), and place the contents in cartridges for the commercial system to chemically modify the DNA, and then amplify and detect methylated genes, returning results quickly. The assay looks for methylation markers (chemical alterations to DNA particular to cancer cells) among a panel of nine genes that recognize the four subtypes of breast cancer. The genes are AKR1B1, TM6SF1, ZNF671, TMEFF2, COL6A2, HIST1H3C, RASGRF2, HOXB4 and RASSF1.

The Johns Hopkins team previously developed a liquid biopsy laboratory assay called cMethDNA, which identified the presence of hypermethylation among 10 genes altered in breast cancers. Hypermethylation is a chemical alteration to DNA that often silences the function of genes that keep runaway cell growth in check. Its appearance in the DNA of breast cancer-related genes shed into the blood indicates that cancer has returned or spread. The test can detect up to 90% of patients with metastatic breast cancer and can help predict response to treatment and long-term patient outcomes. However, it takes 10 days to complete and requires a high degree of technical competence. LBx-BCM builds on this work and, because it is automated, takes much less time, says Mary Jo Fackler, the lead author on the study.

To test LBx-BCM, investigators first had two individuals run the test on separate days, using stored samples from 11 patients with metastatic breast cancer and four without breast cancer. Results were the same for more than 90% of the cases.