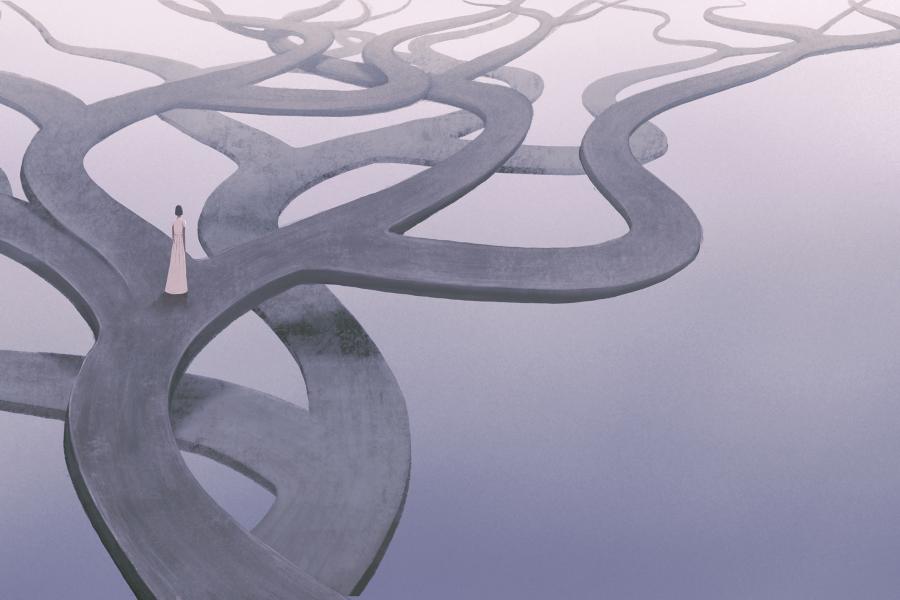 Women across America are holding their breath, waiting to hear whether the U.S. Supreme Court will overturn two precedent-setting cases protecting abortion rights at the conclusion of its current term in late June or early July. [Editor's note: The Supreme Court overturned Roe v. Wade on June 24. Johns Hopkins leaders have pledged to continue to follow to the fullest extent of the law evidence-based best practices with regard to health care.]

A lot is on the line for women's health and well-being. The Hub reached out to experts from across Johns Hopkins University for their thoughts on what the future may look like without the constitutional safeguards ensured by Roe v. Wade and Planned Parenthood v. Casey.

Women without privilege will be criminalized

If Roe falls, we'll be back to a world where abortion is criminalized in some states and legal in others. As a historian, I can look back to the 1950s and 60s to imagine what might lie ahead.

The burden of criminalization will weigh heaviest on women with the fewest advantages. Maryland liberalized abortion law in 1968, as did a handful of other states before 1973. Women who could afford it travelled to these states; those who lacked the means got illegal, often unsafe, abortions closer to home. In the future, women who travel regularly may be able to hide the purpose of an abortion trip. Not so much for an undocumented woman who struggles to find the gas money to cross state lines.

Trust between physicians and their female patients will be compromised when women wonder what to reveal and what to keep secret about their sexual and reproductive histories. We've already seen harbingers of this chilling effect, when women have been arrested for endangering fetal life if they miscarry due to alleged substance abuse

In states where abortion is criminalized, physicians are unlikely to perform the procedure and others will practice instead. In Baltimore in the late 1940s, the two physicians who had provided thousands of illegal but safe abortions over decades were arrested. When convicted, they got suspended sentences, but their careers were over. A wide range of others, from pharmacists to a cocktail waitress, stepped into the vacuum and began providing abortions, which were notably less safe than those performed by earlier physicians.

Profound effects beyond ending access to a routine procedure

Elizabeth O'Brien, assistant professor in the Department of the History of Medicine at the Johns Hopkins School of Medicine

The World Health Organization and other international human rights organizations underscore that abortion is a routine and necessary medical procedure, and that lack of access to it constitutes a form of violence and marginalization against childbearing people.

When Roe falls, the people most affected will be those who are routinely subject to disproportionate legal scrutiny: those marginalized on the base of race, sexuality, disability, and class. Forced childbearing makes it more difficult for vulnerable people to escape situations of abuse, domestic violence, duress, and economic hardship. The high cost of childcare and difficulty accessing social services means that lack of abortion access also forces people into dire and difficult-to-escape poverty.

Forced childbearing is more difficult and more harmful for those who are young, impoverished, survivors of different kinds of abuse and violence, and dependent on others for sustenance. Therefore criminalizing abortion exacerbates and reinforces the effects of inequality, abuse, and violence; in so doing, it excludes women and childbearing people from benefits of the social pact. The criminalization of abortion thus bolsters patriarchal norms that punish women for rejecting motherhood.

Carolyn Sufrin, a physician and associate professor in the Department of Gynecology and Obstetrics, Division of Complex Family Planning, at the Johns Hopkins School of Medicine

It is hard to understate what a wide-reaching impact the overturning of Roe will have. Twenty-two states have laws banning abortion that will go into effect immediately if Roe falls. That will impact hundreds of thousands of people who will become pregnant this year and need abortions, not to mention all the people who will become pregnant in the future.

Additionally, the majority of people seeking abortion in this country already have children, so they have childcare constraints that are hard to navigate and may prevent them altogether from being able to travel for an abortion. The consequences of being denied abortion are significant, as the landmark Turnaway Study has shown—from adverse mental and physical health effects to worsening financial instability, among others. We will see more people who would have otherwise terminated now carrying high-risk pregnancies. People who do not want or cannot afford more children or who do not want to parent at all will be forced to do so. And they will be birthing and parenting in a society that does not have adequate social safety net supports to help all families thrive, one in which there is a national shortage of infant formula. All of these things will disproportionately impact people of color and low-income individuals and families. Put that together with the profound racial disparities in maternal mortality, and that states with the highest maternal mortality rates and the worst pregnancy care access are the same ones that will ban abortion, and we can easily see how this will worsen racial disparities in our country.