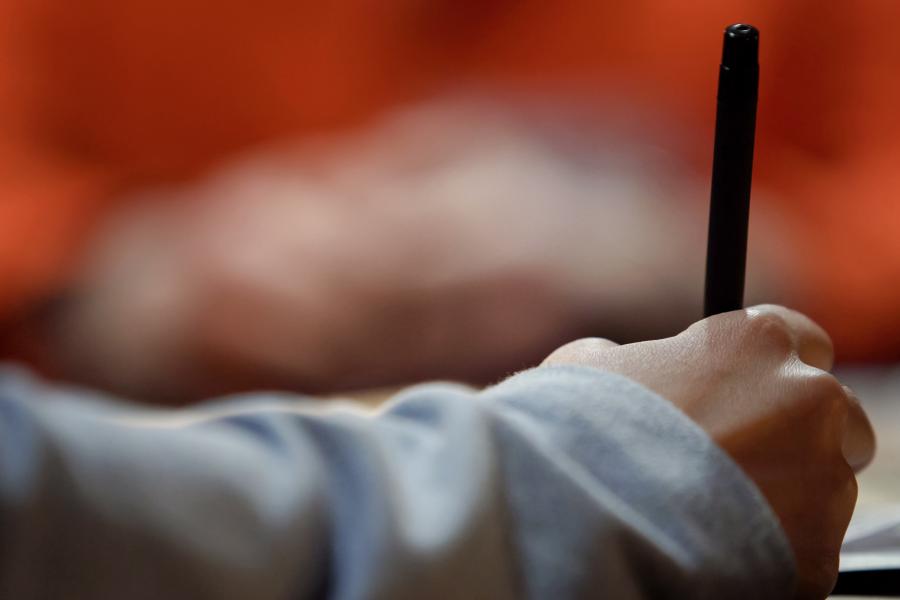 With help from a Mellon Foundation grant, the archive will become the largest digital collection of writings by incarcerated people in the world

A national prison writing project to be housed at Johns Hopkins has received a $2.3 million grant from the Mellon Foundation.

The American Prison Writing Archive, an open-source digital archive that currently houses 3,300 nonfiction essays offering first-hand testimony about the conditions experienced by people incarcerated in U.S. prisons and jails, will be moved from Hamilton College in New York to Hopkins by the Building a Prison Witness Collective.

With the move, principal investigator Vesla Weaver, Bloomberg Distinguished Professor of political science and sociology at the Johns Hopkins Krieger School of Arts and Sciences, and Doran Larson, the archive's founder and Edward North Professor of Literature at Hamilton College, plan for the new collective to aggregate 10,000 pieces of first-person witness, making it the largest digital archive of writings by incarcerated people in the world.

"By gathering the human stories emerging from prison facilities across the nation, the Prison Witness Collective helps us to measure the full human costs of the current legal order..."
Vesla Weaver
Bloomberg Distinguished Professor of political science and sociology

The collective will establish the archive as a central hub of prison witness for the academy, journalists, activists, civic leaders, communities affected by the carceral system, and family members, as well as the incarcerated themselves, Weaver says. It will also bring its holdings alive through mass media articles, new curricula and research, regional exhibits, and a book series featuring prominent activist-educators in conversation with incarcerated writers.

"By gathering the human stories emerging from prison facilities across the nation, the Prison Witness Collective helps us to measure the full human costs of the current legal order, transform public knowledge, and bring those confined more fully into the public sphere despite their de-legalized standing," Weaver says.

Over the next three years the collective will:

"Our broader ambition is that no person or organization that writes, teaches, or otherwise presumes to offer information about prisons or imprisoned people will be able to do so credibly without attending to the knowledge, insight, and experience of incarcerated people," Weaver says. "To establish inside knowledge as vital to our nation's imagination demands a robust outreach, intake, and dissemination strategy to enlarge the visibility of the archive, and thus of incarcerated authors."

The archive is scheduled to move to Hopkins by December 31, 2022. It will be housed at the Sheridan Libraries.

Why Is Mass Incarceration Booming in the Rural U.S.?

5 - 6:30pm EST
Jack Norton, senior research associate at the Vera Institute of Justice, will discuss how local jail incarceration rates have been rising in small- and medium-sized counties across the country.
Add event to calendar
Free