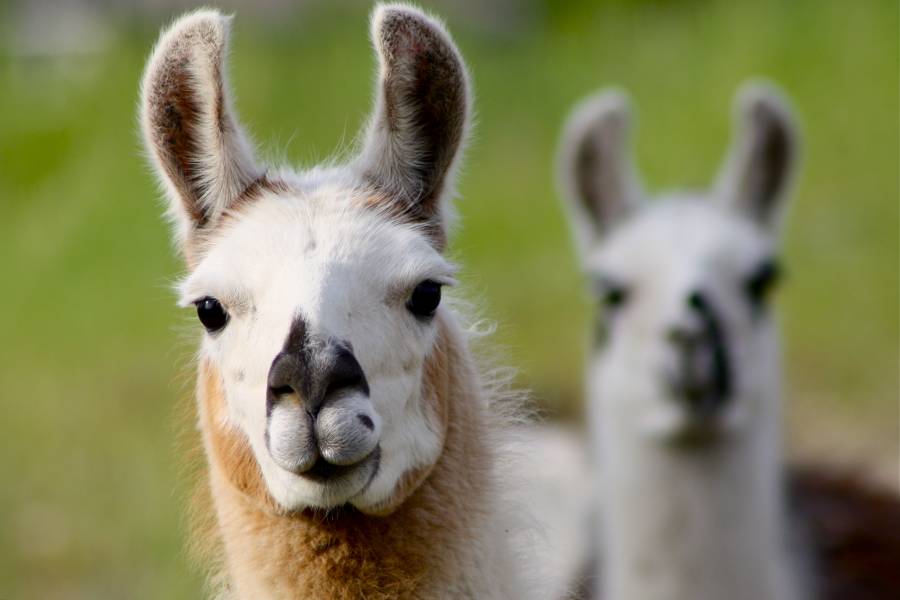 'Nanobodies' from llamas could yield cell-specific medications for humans

By Rachel Butch and Vanessa Wasta

In "proof of concept" experiments with mouse and human cells and tissues, Johns Hopkins Medicine researchers say they have designed tiny proteins, called nanobodies, derived from llama antibodies, that could potentially be used to deliver targeted medicines to human muscle cells. The researchers say the ability to more precisely target such tissues could advance the search for safer, more efficient ways to alleviate pain during surgery, treat irregular heart rhythms, and control seizures.

Results of the experiments were published Feb. 21 in the Journal of Biological Chemistry.

Nanobodies are small versions of proteins called antibodies that mark potential pathogens for destruction by the immune system. Scientists do not know why they exist only in some species, such as the camelids and sharks, but since their discovery in the 1980s, researchers have studied them for use as a research tool and delivery system for anti-cancer drugs with mixed success.

Aware of such experiments, the researchers at Johns Hopkins suspected that nanobodies might be helpful as a tool to attach to a cell's sodium ion channels, which act as a kind of switch that can conduct chemical signals that turn on or off muscle cells.

Nine varieties of these switches appear in the human body, each specific to a type of tissue such as muscle or nerve. Because the channel proteins have only small differences among themselves, most medications can not differentiate between them, posing safety hazards when trying to use them with drugs such as anesthetics. Existing drugs, say the researchers, block pain and sedate a patient by turning "off" the sodium ion channels in nerves and skeletal muscle, but also can dangerously lower heart rates and interfere with heart rhythms.

Other studies, the Johns Hopkins Medicine researchers say, have indeed shown that nanobodies can be used to carry a cargo, an ability that could advance efforts to deliver medications to specific sodium ion channels, eliminating such side effects.

"This is why clinicians and pharmaceutical companies are interested in finding drugs that can modulate these channels—either to turn on or off—distinctly," says Sandra Gabelli, associate professor of medicine at the Johns Hopkins University School of Medicine.

Gabelli recognized that the small size of nanobodies might allow them to bind to areas that are inaccessible to larger molecules, like larger antibodies that are often used for similar applications.

In their proof of concept experiments, Gabelli's research team screened a very large library of 10 million nanobodies to develop them as protein biologics that could potentially differentiate between the sodium ion channels in the muscles versus those in the nerves.

In collaboration with Manu Ben-Johny at Columbia University, the researchers attached a fluorescent "reporter" molecule to the nanobodies that lights up when it interacts with the sodium channel. By monitoring the glow, the researchers found that two nanobodies, Nb17 and Nb82, attached to the sodium ion channels that are specific to the skeletal muscle and heart muscle.

The researchers also tested the nanobodies' stability at different temperatures, a key factor in developing and delivering drugs to clinics. The research team found that nanobodies Nb17 and Nb82 were resistant to temperatures up to 168.8 and 150.8 degrees Fahrenheit, respectively, indicating that these nanobodies would remain shelf-stable under normal conditions.

The researchers next plan to image the nanobody and sodium ion channels bound together to reveal more about how this interaction functions.