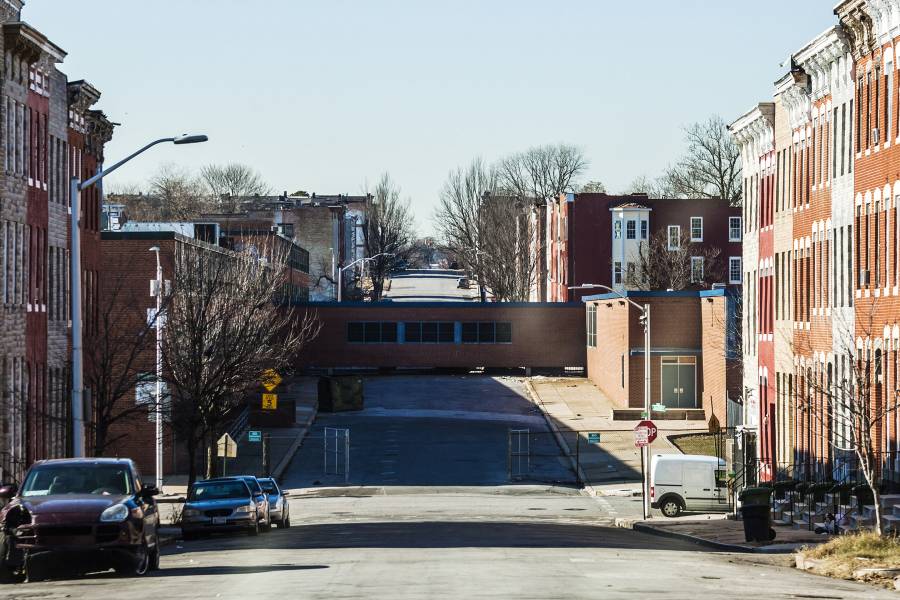 For some kids in Baltimore, it's routine to watch the city bus they need to take to school sail right past them, despite its vacant seats inside.

"Sometimes if they see too many kids on the bus stop…they'll still skip you," a young Baltimorean named Kayla told researchers of Nobody Asked Me, a research project from the Johns Hopkins School of Education.

In one interview, a student said she missed a school day "probably once a month" due to pipes bursting in her school building. Another recalled seniors taking their SATs wearing winter coats, when heaters failed.

Over the past two years, the Nobody Asked Me team has interviewed 135 young Baltimoreans in depth about their life experiences in the city: how they get around, what they encounter in schools, and their visions for the future. This week the researchers released their findings and hosted a symposium exploring them, with city leaders, educators, and community organizers participating.

The effort—steered by John Hopkins sociologist Richard Lofton, assistant professor in the School of Education, and longtime Baltimore community organizer Larry Simmons—aspires to influence local policy decisions, particularly keeping the state of Maryland true to its constitutional promise of providing "a thorough and efficient system of free public schools." 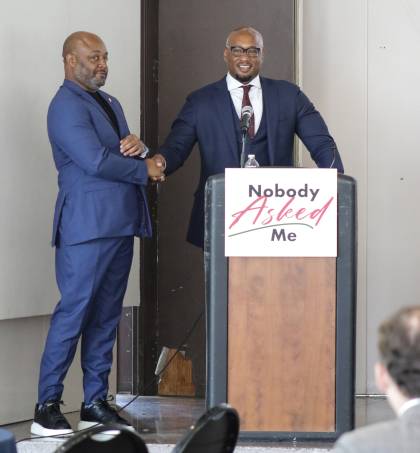 "Asking people in the community what they think, what they need, what's important to them… I know that sounds very, very sensible… but I can tell you that it's a radical idea," School of Education dean Christopher Morphew said at Wednesday's event.

The symposium grappled with the systematic ways adults have failed some young people in Baltimore—especially Black students in low-income homes—through deficient transportation, tolerance of violence and bullying, lack of guidance on how to earn living wages, and broken-down, aging school buildings.

On the latter issue, the event also unveiled preliminary new findings on the conditions of Baltimore City Schools from a separate research team led by Joshua Sharfstein, vice dean for public health practice and community engagement at the Johns Hopkins Bloomberg School of Public Health.

Between 2014 and 2019, Sharfstein's team found, the physical conditions of schools caused Baltimore children collectively to lose about 1.5 million hours—or 221,000 full school days—of instruction. Nearly 90% of those losses occurred in 2018 and 2019, when systems failed in extreme heat and cold. Of all Maryland's school counties, Baltimore City ranked highest in facilities that investigators classified as urgent threats to health, according to the research.

Sharfstein said his team will continue to explore these topics and present more data and analysis in the coming months.

"Our students are fully aware of the poor conditions that they're in," Lofton said Wednesday. "Not only that, they can drive 15 minutes away to a different school district and see nice school buildings."

"We want to work with politicians and community members who are committed to these policy changes."
Richard Lofton
Johns Hopkins University School of Education

Interviews from Nobody Asked Me also revealed fears about life after high school and the ability to earn sustainable incomes. Research from 2018 found that Baltimore City graduates with two- and four-year degrees earned a median income of $19,300 per year, markedly less than their peers across the country. For those with only a high school diploma, the median income was $13,374.

Support from mentors should be genuine and meaningful, Simmons suggested. "If we decide to take 10 young people from YouthWorks [a summer employment program], don't put them in a basement and have them clean it up," he said. "That's not what they signed up for. That's not going to prepare them for anything. So it's us adults and policymakers and leaders who have to come off of the spaces we hold so tightly."

Echoing accounts in Nobody Asked Me, one grandmother at the symposium recounted a story of her grandson getting robbed on his way to school. Kea Crowder, vice president of The Movement Team, a local nonprofit, said she'd experienced similar. "The person who put a gun to my head in the community that I was supporting and working in, I ended up seeing him in a school I worked in," she said. "I didn't want to get even with him, I wanted to help him. I wanted to help that young man, even though he put a gun to my head."

Sonja Brookins Santelises, CEO of Baltimore City Schools, said the school system is taking the findings of Nobody Asked Me seriously. "It actually affirms and frankly gives a depth to some of what young people have told us in a variety of ways," she said.

The goal now is to disseminate the findings to Maryland state leaders, according to Lofton. "Now it is time to move it to Annapolis," he said. "We want to work with politicians and community members who are committed to these policy changes." 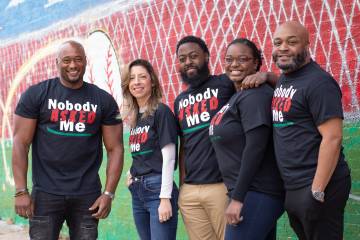 'Nobody Asked Me': Research project changes the narrative