Biomedical engineer Jennifer Elisseeff and political scientist Hahrie Han from Johns Hopkins University have been selected to join the American Academy of Arts and Sciences, one of the oldest learned societies in the U.S. Membership in the academy is considered a career honor and recognizes individuals for their excellence and leadership, their distinction in working across disciplines, and their achievements in advancing the common good. They are among 261 scholars selected for membership to the academy this year. 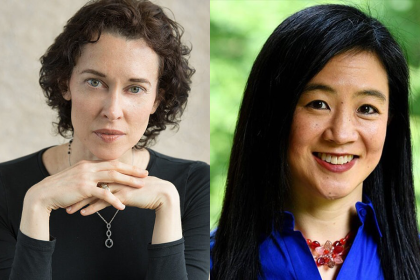 Elisseeff specializes in the field of regenerative medicine, and especially using the body's own immune system as an avenue for tissue repair and regeneration. She is director of the Translational Tissue Engineering Center, a joint venture between the Wilmer Eye Institute and the Johns Hopkins University Department of Biomedical Engineering that unites research, education, and industrial development in the field of regenerative medicine. In addition to serving as a professor in the Department of Biomedical Engineering, Elisseeff is a professor of ophthalmology and orthopedic surgery at the School of Medicine. She holds an appointment in the Department of Materials Science and Engineering. Elisseeff joined Johns Hopkins in 2001 after completing a fellowship at the National Institute of General Medical Sciences. She received her PhD in Biomedical Engineering from the Harvard-MIT Program in Health Sciences and Technology and her bachelor's degree in chemistry from Carnegie Mellon University. In addition to numerous other awards, she won the prestigious Director's Pioneer Award from the National Institutes of Health High-Risk, High-Reward Research Program in 2019.

Han is the inaugural director of the SNF Agora Institute at Johns Hopkins and a professor in the Department of Political Science. She is a scholar of American politics specializing in the study of civic and political participation, social movements, collective action, and organizing. She is the faculty director of the P3 Research Lab, a multi-disciplinary research lab based at the SNF Agora Institute that probes questions relating to civic participation, power, and collective action. She is the author of four books, including most recently Prisms of the People: Power and Organizing in 21st Century America (University of Chicago Press, 2021), and her work has been published in the American Political Science Review, American Sociological Review, American Journal of Sociology, Journal of the American Medical Association, The New York Times, The Washington Post, and elsewhere. She received her PhD in American politics from Stanford University and her bachelor's degree in American history and literature from Harvard University.