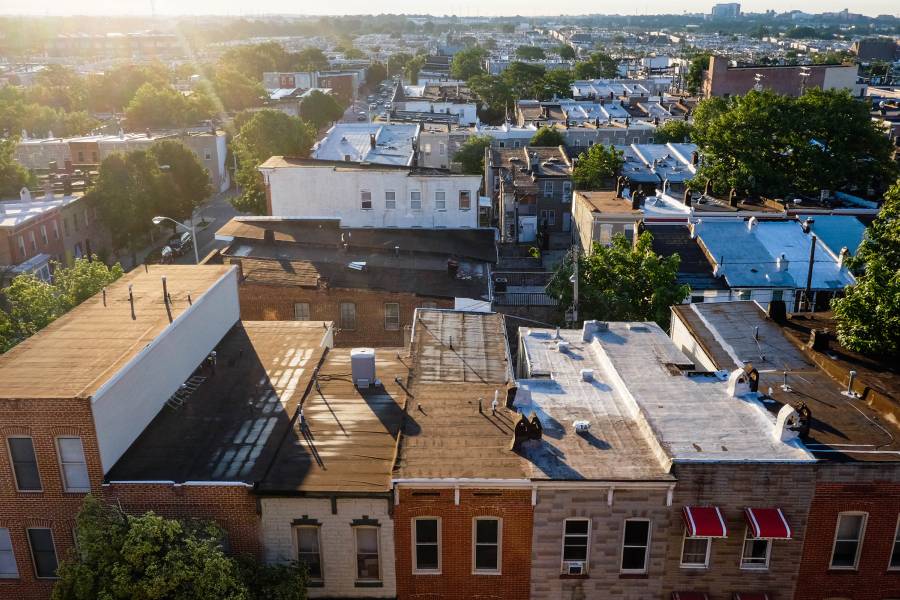 What is guaranteed income?

As Baltimore announces a pilot program to provide cash payments to its poorest residents, experts on the health effects of poverty discuss guaranteed income programs and their impact on public health

Baltimore City is the latest to pilot a policy solution to poverty that's gaining momentum across the nation: guaranteed income, which places no-strings-attached cash directly in the hands of residents who need it most. In Baltimore's program, which Mayor Brandon Scott announced last week, 200 parents between 18- and 24-years-old will receive an unconditional cash payment of $1,000 per month over two years.

Scott joined the Mayors for a Guaranteed Income last year, a network of more than 60 U.S. mayors committed to exploring guaranteed income as an antidote to growing wealth disparities.

"Baltimore's pilot will focus specifically on young adult parents, as an opportunity to provide intergenerational support," says Lorraine Dean, a social epidemiologist at Johns Hopkins who serves on the mayor's steering committee for the program. "We know many young families struggle financially, which has impacts on their long-term economic stability and ability to build wealth."

The concept of guaranteed income is nothing new, Dean notes. The Welfare Rights Organization, a multiracial coalition lead by Black women, instilled the idea in Martin Luther King Jr., who directly referenced the policy idea in 1967, writing: "The solution to poverty is to abolish it directly by a now widely discussed measure: the guaranteed income." The policy trend has solidified in recent years, and particularly during the pandemic, with about 45 guaranteed income programs now active across the U.S. and some 30 more in planning phases, according to a tracker from the Economic Policy Project. 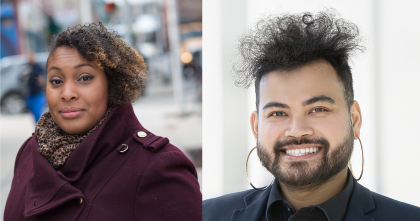 Image caption: Lorraine Dean (left) is an associate professor at the Bloomberg School of Public Health and a member of the mayor's steering committee for the Guaranteed Income pilot program; PhD student Sevly Snguon was instrumental in leading legislative efforts for guaranteed income programs in California

Dean—an expert in how socioeconomic status and poverty affect health—is guiding two research projects that help inform Baltimore's program, which will serve as a model pilot for Mayors for a Guaranteed Income. Those research efforts are supported by the Urban Health Institute and the Robert Wood Johnson Foundation. Dean first became involved in guaranteed income research through David Celentano, chair of the Department of Epidemiology, and her interest grew after meeting PhD student Sevly Snguon, who was instrumental in leading legislative efforts for guaranteed income programs in California, the state considered the vanguard of the movement.

The Hub reached out to Dean and Snguon for more context on the nationwide movement and what the research already shows about how these programs affect health—and well-being—of Americans.

What's the state of the movement for guaranteed income, nationally?

Snguon: Cook County, Illinois, which includes Chicago, has currently dedicated the most funding for a GI program, earmarking $42 million. California is leading the charge at the state level, investing $35 million over five years in a statewide program that cities and counties can participate in.

At the federal level, two bills are moving through the House of Representatives. Rep. Bonnie Watson Coleman of New Jersey introduced a pilot that would provide monthly income to 6,000 taxpayers, matched to fair market rate for a two-bedroom home in their ZIP code. In addition, Rep. Ilhan Omar of Minnesota introduced the SUPPORT Act, which would provide up to $1,200 per month for adults, and $600 for children.

In some states, the approach to guaranteed income may come through changing tax codes to offer refundable tax credits to get cash to those who need it most. For example, California is moving to discard the work requirement for its Young Child Tax Credit, which can provide $1,000 to unpaid caregivers with kids under 6.

What conditions or past policies paved the way for GI programs to proliferate?

Dean: The idea of income supplements is not new in the U.S.—not by any means. As far back as the 1960s, there was the Alaskan Dividend Fund, which automatically granted each Alaskan resident with a share of the state's gas and oil revenues. It's still active today. Anti-poverty programs under President Lyndon Johnson's administration discussed guaranteed income, but no programs ever took hold. Dr. King and other advocates also discussed it around the same time.

What is important to note is that the poverty rate has not dropped substantially since the 1970s. Populations that were disproportionately affected are increasingly experiencing economic insecurity now. The U.S. is also seeing increasing income and wealth inequalities, which widen when stratified by race/ethnicity and at the intersections of gender. Even though California is one of the most prosperous states in the United States, it has one of the highest poverty rates, indicating severe income inequality. These challenges require innovative approaches to ensure people had their basic needs met.

What does the research say about the impacts of guaranteed income programs?

Snguon: We're seeing promising results from the program in Stockton, California, the first mayor-led guaranteed income program. Early analysis from its first year shows that those who received the monthly $500 saw significant improvements in emotional health and well-being. The GI is allowing them to have more free time for self-care, family care, education, and pursuit of more stable employment. About 28% of recipients had full-time jobs when starting the program, and a year later, 40% did. Participants used the GI for medical costs that Medicaid couldn't cover and for more secure housing.

What do we still need to learn when it comes to GI?

Dean: Cash transfer programs have been relatively well-studied, especially in low-to-middle-income countries, but guaranteed income as a specific program has been less studied, and even less so in high-income countries like the U.S. While the economic benefits are well-known, there's less known about impacts to health, the spillover effects for neighborhoods, and the results of tweaking programs' cash amounts and duration.

Snguon: There's debate about the optimal amount of income that would benefit people the most. Specifically, should this be "basic income," covering an individual's essential needs, such as food and housing? Also, there are some practitioners and scholars who hope to measure the extra benefits of non-mandatory programs that add on to guaranteed income, such as free financial literacy and wealth-building programs.

What do you say to objections that guaranteed income programs discourage people from seeking employment or higher-paying jobs?

Dean: These are dehumanizing and disingenuous arguments, rooted in the assumption that people experiencing poverty are there by laziness or by choice—rather than seeing poverty as a policy failure that was created by low wages not keeping up with inflation and a lack of social safety nets to meet people's needs.

These claims are also not supported by evidence. Studies that controlled for changing labor market supply—a natural feature of markets—found no net losses in overall employment. In studies that showed lower labor force participation, it was not because people were sitting at home not working: It turns out that people were leaving the workforce to improve themselves by going back to school, or choosing to stay home to care for children because childcare was unaffordable, or were reducing from having two or three jobs to one job.

Finally, GI shouldn't be considered a handout, but rather a hand-up that prioritizes human dignity—these supplements are not enough to live off of, so recipients will still need to work.