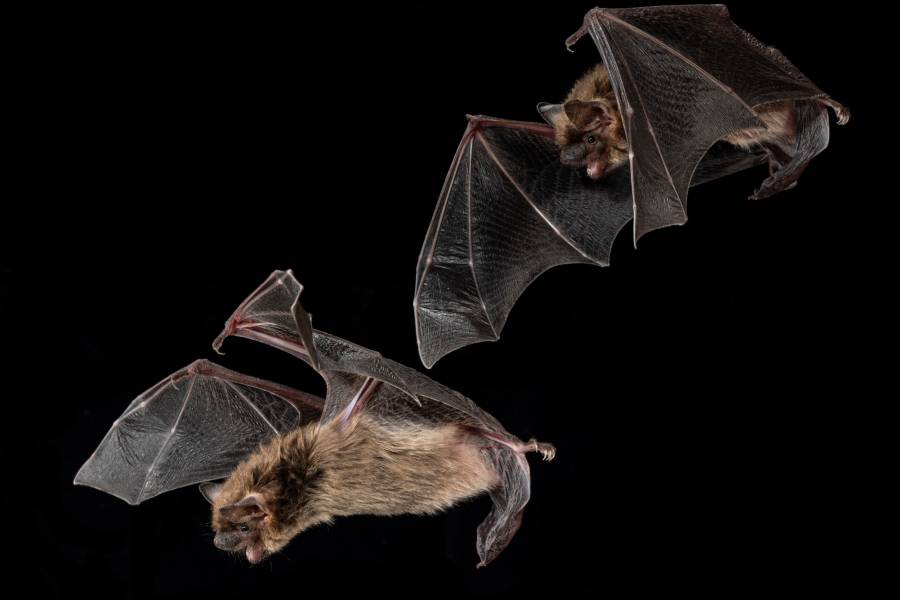 A certain white rabbit and his legendary drive for punctuality aside, scientists don't really know much about animals' sense of time. How aware of time are they? Do they apply past experiences to present situations? Do they plan for the future?

Johns Hopkins neuroscientist Cynthia Moss is part of an international team that hopes to begin answering some of those questions. With a grant from the international Human Frontiers Science Program, the team is on the case of animal time travel or, more precisely, the ability to mentally travel backward and forward in time.

"I think we'll make some pretty cool discoveries," says Moss, professor in the Department of Psychological and Brain Sciences, which she chairs.

It's widely believed that mental time travel, or MTT, is one of those abilities that separates humans from other animals. But scientists have recently disputed similar theories, finding that apes, dolphins, and large-brained birds like corvids (crows, etc.) and parrots can cooperate and solve problems flexibly—high-level cognitive traits previously considered uniquely human. But while there is some evidence for MTT abilities in great apes and corvids, there is no definitive answer yet.

"We can't ask these animals what they experience, but we can try to develop clever experiments that tap into their minds."
Cynthia Moss
Neuroscientist and professor, Johns Hopkins University

Moss and her team are planning a set of experiments to test whether dolphins, parrots, and bats can sense time, use time and place to plan future actions, and communicate the information to one another.

To do so, the team members themselves will have to travel through space as well as time: the grant requires that each researcher is based in a different country. Moss will study the bats in her Batlab on the Homewood campus. Magnus Wahlberg, a biologist at the University of Southern Denmark, will oversee the dolphin research. Zoologist Auguste von Bayern will study corvids and parrots at the Max Planck Institute for Ornithology in Germany. And Herbert Peremans, professor in the Department of Engineering Management at the University of Antwerp, Belgium, will engineer MTT abilities in robots using experiments similar to the animal ones. 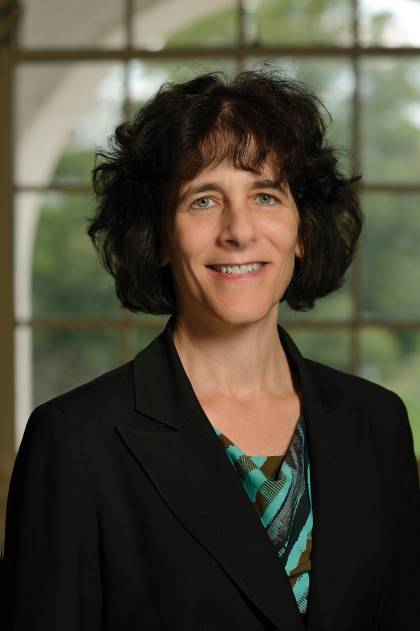 As the project progresses over the course of the three-year grant, the researchers will stay in close touch, tweaking their protocols as they begin to learn what works and what doesn't, and to ensure alignment across species. But those clever experiments will likely plumb three main areas of MTT: time perception; episodic memory, or recollection of what/when/where; and episodic foresight, or anticipation of future events.

To explore time perception abilities, animals will be taught to associate short events—a stimulus or passage of time—with a food reward at Location A, and longer events with a reward at Location B. Once animals learn the concept, they will be paired with naïve animals. If the newcomers learn the ropes faster than the original subjects, researchers will infer that social learning was at play.

For episodic memory, the subject will be shown two objects—one to its right, and one to its left. It will learn that one of the objects cues the side where it will find a reward, while the other object cues the side with an inedible object. The object cuing the location of the reward will change with the time of day, testing their awareness of time and its connection with other events.

And for anticipation of future events, rewards will be hidden in a maze around objects that obstruct the animal's view from certain locations. Over repeated trials, rewards will be placed in fixed positions relative to the maze's walls, but the walls themselves will be moved. The researchers will track the animals' movements to determine how they are using prior information to plan detours around the obstacles.

The flexibility and open-endedness of the grant makes it an unusual opportunity to explore new territory in whatever ways lend themselves to the question, with the ability to pivot as needed along the way. For the same reason, it's hard to predict the study's eventual impact.

"One of the exciting things about research is you never know what you'll discover or what connections can made across disciplines that really lead to huge advances. So there's that potential," Moss says.

Another of the grant program's defining features is that the project must be brand new, with no early results or pilot data in place. So the researchers really don't know what they may find. However, because each is deeply familiar with their own animals from years of unrelated research, they have some guesses. They hypothesize that all three species will exhibit core elements of MTT, but on different time scales and levels of complexity. For example, dolphins and parrots, which display complex cognition in other domains, will likely perform comparably across tasks, and outperform bats overall. On the other hand, the researchers believe bats and dolphins will excel in the time perception tasks because of their reliance on temporal information in the process of echolocation.

Meanwhile, experiments in which animals and robots observe others performing tasks will reveal how important social transmission of information is for animals faced with MTT problems. And the robot experiments should uncover some of the explicit processes behind MTT abilities.

"We can't ask these animals what they experience, but we can try to develop clever experiments that tap into their minds," Moss says. "Having really open eyes to observations of what animals do can uncover exciting new territory. It's all uncharted right now." 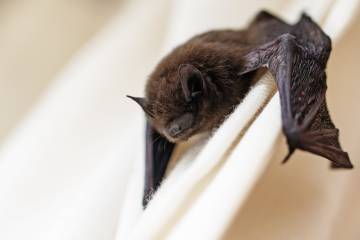 Published Dec 3, 2021
Postdoctoral fellow identifies area in the midbrain of bats that processes sounds, which has implications for the next generation of sonar technology 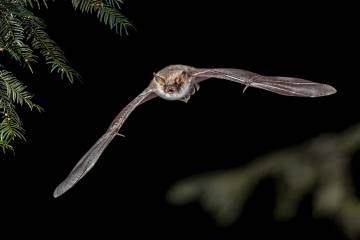 Published Nov 2, 2020
Johns Hopkins researchers discover that bats can use echolocation to predict where their prey is headed, providing new insights about how sound can be used to "see"