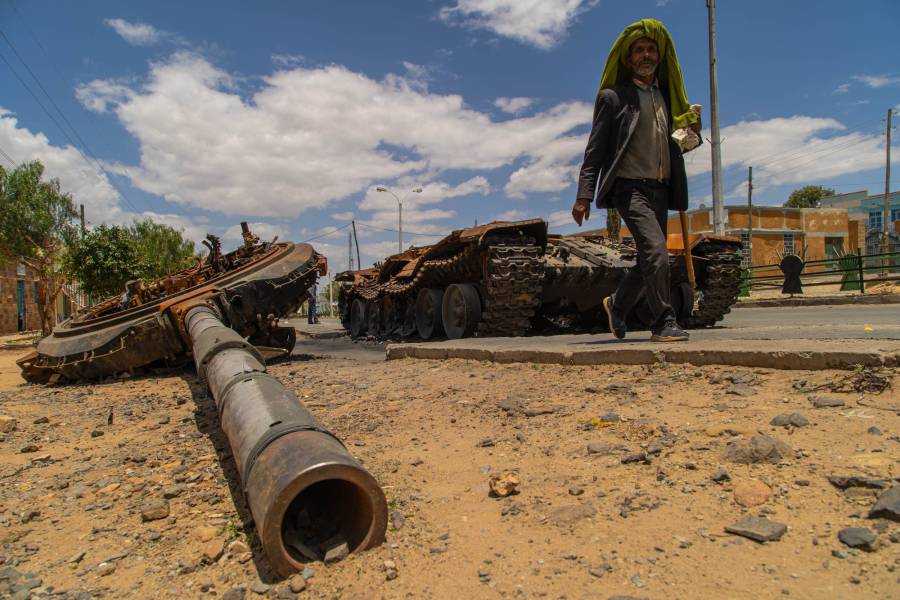 Health care in the crossfire

A civilian militia defending its territory from an invading force. Widespread atrocities and war crimes committed against women and children. Ongoing attacks against civilian targets including hospitals and health centers.

No, not Ukraine. Ethiopia.

The Tigray region of the East African nation has been engaged in a civil war since November 2020, and the Tigrayans have been the target of ethnic cleansing efforts by security forces from neighboring region Amhara, according to a joint report from Amnesty International and Human Rights Watch. Abuses include sexual violence, indiscriminate and extrajudicial killings, and torture, as well as tactics such as weaponized famine and targeted attacks on health facilities that deprive Tigrayans the ability to survive the conflict. 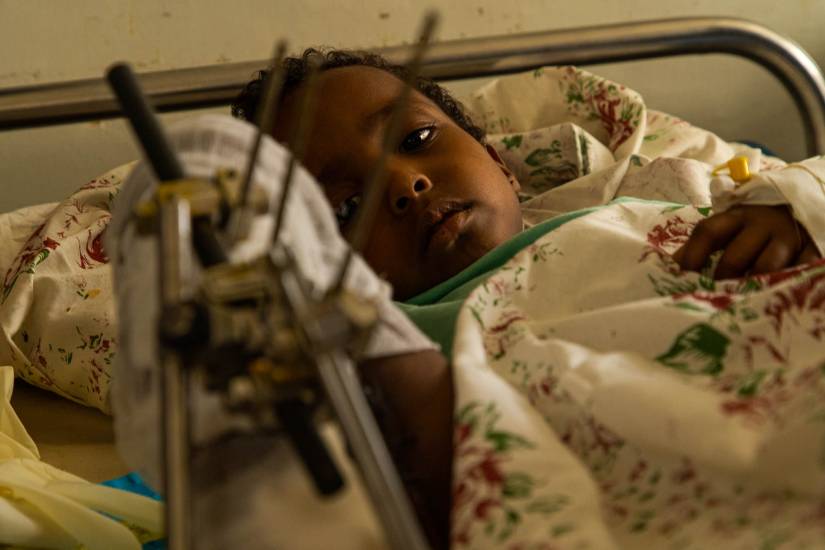 Image caption: Samwarit, age 4, recovers from knife and gunshot wounds in Mekelle, the capital of the Tigray region of Ethiopia, in June 2021. That same month, UNICEF Executive Director Henrietta Fore declared, "The magnitude and gravity of child rights violations taking place across Tigray show no sign of abating, nearly seven months since fighting broke out in northern Ethiopia."

Yet western news outlets have largely ignored the humanitarian crisis unfolding in Ethiopia, especially when compared to their coverage of the conflict in Ukraine. While attention—and aid—is heaped on Ukraine, Tigrayans are struggling against communications blackouts to share the stories of what they have endured.

It's a disparity that Mulugeta Gebregziabher, a biostatistician and public health expert from the Medical University of South Carolina, hoped to highlight during his presentation as part of Wednesday's panel discussion, "The Vulnerability of Health Care in Conflict: Ukraine and Beyond." Gebregziabher's message: End the double standard.

And there's a great deal to care about. According to Leonard Rubenstein, professor of the practice at the Johns Hopkins Bloomberg School of Public Health, there are at least 20 ongoing regional conflicts around the world. In far too many cases, aggressors have committed the war crime tactic of attacking health care infrastructure, hindering the ability of civilians to receive health care and endangering the lives of health care workers.

Those numbers, Rubenstein said, meant that during that period, a health facility was attacked every other day and a health worker was killed every three days.

"It's been 30 years since any prosecution has taken place against any act of violence against health care in the entire world."
Leonard Rubenstein
Professor of the practice, Bloomberg School of Public Health

What's most striking about those numbers is that they only encompass documented attacks, Rubenstein said. In Tigray, where channels of communication have been shut down, no attacks on health care infrastructure have been officially documented. Yet according to Gebregziabher, none of the 1,007 fully functional health care facilities in Tigray were still operating at pre-war levels in June 2021, and 80% of the hospitals in the region have been destroyed.

Tigray war has seen up to half a million dead from violence and starvation, say researchers

/ The Globe and Mail

But that may be changing precisely because of the international attention garnered by attacks in Ukraine. Harrowing footage of the March 9 missile attack on a maternity and children's hospital in Mariupol has been seared into the American consciousness, especially the image of a laboring mother who was evacuated on a stretcher while bleeding heavily from a wound to her hip. (Both the mother and her baby died later as a result of the attack.) During his presentation, panelist Sergii Dvoriak, head of the board, founder, and senior scientist of the Ukrainian Institute for Public Health Practice, aired footage from the attack that showed women and children crying, a Ukrainian soldier rendering aid to a shocked teenager, and workers sifting through building debris strewn with destroyed medical supplies such as NICU incubators and hospital beds.

Rubenstein said he hoped the moment could be a "transformation" and "the beginning of the end of impunity" for war crimes—in Ukraine, and in all the other places where health care infrastructure and workers are under attack.

Gebregziabher said he hoped the violence in Tigray, where his elderly mother still lives, would receive the determination of genocide, a largely political designation that would nevertheless mobilize international efforts to support Tigrayans.

"The idea that some lives matter less is the root of all that is wrong with the world," he said.

Other speakers at the panel were Ghutai Sadeq Yaqubi, acting technical director for the USAID Urban Health Initiative Project and a member of Jhpiego, Afghanistan, and Chris Beyrer, professor and director of the Johns Hopkins Center for Public Health and Human Rights. 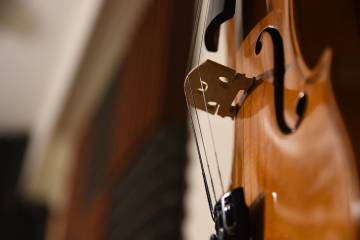 Published April 14, 2022
Four graduate students at the Peabody Conservatory organized an evening of music by Eastern European composers and will raise money to support Ukraine through the Johns Hopkins Center for Humanitarian Health 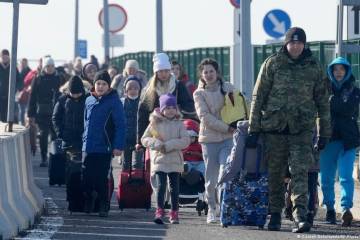