U.S. gun violence reached record levels in 2020, with more than 45,000 lives lost to firearm incidents, including more than half involving suicide. Gun homicide disproportionately impacts people of color, especially Black males ages 15 to 34, who are shot at a rate 12 times higher than white males in the same age group. Despite broad public support for gun violence prevention policies and programs, gun violence remains a complex societal and politically charged problem.

The collective expertise of the two organizations will encompass nearly every aspect of gun violence prevention. Founded at the Bloomberg School in 1995, the Center for Gun Violence Prevention and Policy is widely recognized for its high-quality research, analysis, and innovative approaches to prevent gun violence. The Educational Fund to Stop Gun Violence, a non-profit organization founded in 1978, has used public health principles and research translation to engage in policy development, advocacy, and community and stakeholder collaboration.

"With our new colleagues, we will now have even more capacity to bring meaningful policy change through evidence-based advocacy."
Daniel Webster
Bloomberg Professor of American Health

"These two organizations have done extraordinary work to prevent gun violence—together, they will be even stronger," says Ellen J. MacKenzie, dean of the Bloomberg School. "Our faculty are national leaders in the field, with a proven record of using research to advance meaningful change in both practice and policy. Through the new center, they will take research and advocacy to the next level as they work toward goals we all believe in: fewer gun-related injuries and deaths and safer communities."

The two organizations have collaborated previously. Most recently, they worked with other gun violence prevention and social justice groups to release a tool to assess the potential racial equity impacts that should be considered before a policy is adopted or implemented. The two organizations have also worked together to develop and improve implementation of Extreme Risk Protection Order laws that separate individuals from firearms during a time of crisis. To date, ERPO laws have been adopted in 19 states and Washington, D.C.

The new center will be co-led by Daniel Webster and Joshua Horwitz. Webster has directed the Johns Hopkins Center for Gun Violence Prevention and Policy since 2012 and is Bloomberg Professor of American Health in the Bloomberg School's Department of Health Policy and Management. Horwitz has served as the executive director of the Educational Fund to Stop Gun Violence for almost 30 years. In his new role at the Bloomberg School, Horwitz will also serve on the core faculty of the new Lerner Center for Public Health Advocacy.

The Center for Gun Violence Solutions is supported in part by a gift from Pamela and Chris Hoehn-Saric, longtime supporters of gun violence prevention efforts at the Bloomberg School. Their gifts include an endowment to establish a professorship, the Dana Feitler Professor of the Practice in Gun Violence Prevention and Advocacy, named after Pamela Hoehn-Saric's sister who was killed in an armed robbery in 1989.

The Center's activities will also be funded by foundations, private donors, and other sources.

The Johns Hopkins Center for Gun Violence Solutions will focus on prevention strategies that, if implemented broadly, would significantly reduce gun-related death and injury. It will:

"Our Center will continue to apply strong research methods to assess the effectiveness of strategies intended to prevent gun violence," says Webster. "With our new colleagues, we will now have even more capacity to bring meaningful policy change through evidence-based advocacy."

"Our biggest successes have come when the evidence meets the moment," says Horwitz. "Right now is one such moment. This new Center will put the evidence-based solutions identified and developed by our new colleagues directly into the hands of the policymakers ready to make change."

In addition to advancing public health solutions to gun violence through research and advocacy, the Center will continue to provide resources and technical assistance for stakeholders, produce special reports, launch new educational programs, train gun violence prevention researchers, and engage with decision-makers on the federal, state, and local levels.

"The translation and dissemination of research-informed solutions to improve the public's health and safety and achieve health equity is a core focus of the Department and the School," says Keshia Pollack Porter, chair of the Bloomberg School's Department of Health Policy and Management. "This new Center will realize that goal and I am thrilled to see the impact the center will have on saving lives." 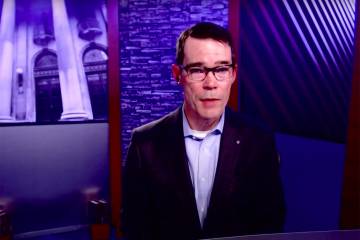 Published March 8, 2021
In virtual symposium, the center announces commitment to racial equity and diversity in its mission and practices, a new endowed professorship, and a name change