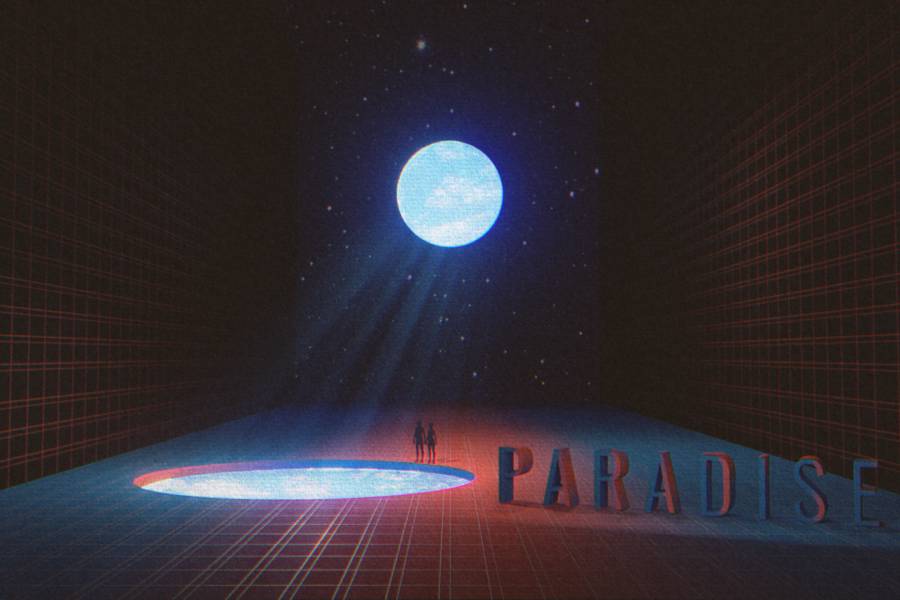 Scene: You and your significant other sit across a table holding hands. The start of a romantic evening? Maybe. But you are also each wearing headphones connected to your smartphones and are about to launch into the app Paradise.

A computer-generated female voice emerges from a 360-degree swirl of sound effects straight out of a 1950s sci-fi flick, including radio static and a theremin-like whir given an enhanced, digital-age sheen. "Hello, welcome. This simulation is for partners in committed relationships. Please answer yes or no … are you in a committed relationship?"

And so, Paradise begins, 30 minutes of immersive aural theater using gamelike AI interactivity and surround sound to explore why, the app states, couples stay together or fall apart. It's a kind of creative virtual couples therapy where participants are each assigned a "trusted adviser" to guide them through a series of lessons en route to being assigned a "mate value." Sex, drinking, and money are some of the prickly topics discussed. The overarching aim: to educate participants about the complexities of intimate partner violence.

Paradise debuted last week at the South by Southwest Film Festival in Austin, Texas, and is now available to the public. It is a collaboration between artist/filmmaker Gabo Arora, founding director of the Immersive Storytelling and Emerging Technology lab within the Krieger School's Master of Arts in Film and Media Studies program, and Darkfield Radio, a British creator of audio programs.

Credited as executive producer is Nancy Glass, a professor at the Johns Hopkins School of Nursing and associate director at the Bloomberg School's Center for Global Health, who oversaw the program's content, making sure that all its immersive theatrics remained grounded in public health research. "It's pretty intense, very creative, and will get people talking," Glass says of an experience that includes professional voice actors portraying relationships in various stages of unravelment, which may help participants reflect on their own pairings. In one storyline, the trusted advisers themselves get into a physical fight, with one slapping the other. Also featured is the real story of Francine Hughes, a long-abused woman who killed her partner in 1977. She was found not guilty in a landmark court case, and Farrah Fawcett portrayed Hughes in the TV movie, The Burning Bed.

"We need to try something new and meet people where they are," adds Glass, who has spent 30 years developing educational programs aimed at the protracted problem of intimate partner violence. "And where people are now is on technology. We just can't always expect people—especially young people—to come in for group or face-to-face therapy."

PARADISE - Trailer from LightShed on Vimeo.

According to the National Coalition Against Domestic Violence, 10 million people in the United States are abused annually by an intimate partner and 20,000 calls are placed per day to domestic violence hotlines. Approximately 50 American women are shot to death by intimate partners each month according to the Johns Hopkins Center for Gun Violence Prevention and Policy.

And there is a new urgency. COVID-19 caused a spike in such violence as couples grappled with the pandemic's emotional and financial strains and access to support services was reduced amid lockdowns. A 2020 United Nations report found calls to intimate partner violence helplines and other outreach resources had increased between 25% and 40% in some countries.

"We need to try something new and meet people where they are. And where people are now is on technology."
Nancy Glass
Johns Hopkins School of Nursing

Arora is no stranger to creatively tackling challenging topics, with past virtual reality projects addressing nuclear war, the Holocaust, and the plight of Syrian refugees. Before the pandemic shutdowns, he was actively seeking interdisciplinary collaborations across Hopkins—showing his work to any faculty and researchers expressing interest. Glass was among them, and their pairing was cemented in 2020 with a Discovery Award to help them explore how immersive storytelling and artificial intelligence can raise awareness, build empathy, and inspire action to improve the health care response to violence against women.

To reach the widest possible audience, they opted to create an audio program rather than full VR experience, since it wouldn't require special equipment beyond a smartphone and headphones. The focus also shifted from educating clinicians on intimate partner violence to crafting a program couples can take together. Arora calls Glass "gutsy" for embracing such a creative and tech-driven form of storytelling and is hopeful it will pay off.

But, Paradise? Arora says the name derives from how lonely singles might dreamily view "being in a relationship like a paradise," and it's also a nod to where the biblical first couple dwelled.

"I think so much of stuff in this realm is preachy, and not really making you think intimate partner violence is your problem," Arora says. "But we're all somewhere on the spectrum. It's not only about physical violence but about control, and jealousy, and passive-aggressiveness, and a lack of communication—all these other things that play on a conscious and subconscious level."

The use of voice recognition software and AI means the experience is different for each user. The questions begin innocently enough: Name a food your partner doesn't like. Then they take a turn to the intimate: "In the bedroom, is it okay to feel humiliated if that is the game you have both chosen to play?"

"The AI is trying to understand you as much as possible, and you'll get different scenarios based on how you engage with the questions," Arora says. "I never want people to become bored but hopefully feel like they're part of some 21st-century experience that's artistic and edgy and even funny sometimes."

Glass hopes the program will help couples identify small cracks in their relationship before they become fissures. The inclusion of contact information for the National Domestic Violence Hotline, she says, could help those with more immediate needs. Users within healthy pairings should come away with a newfound understanding of the dynamics of intimate partner abuse and the myriad reasons why the abused often remain in such relationships.

"One constant question we hear is, 'Why don't they just leave?'" Glass says. "And so, this should help people better understand the complexities—the economic, emotional, and social things that weigh into each woman's decision."

Paradise is available on the free (Apple/Android) app from Darkfield Radio and costs $10 per couple to run. (Note: Paradise participants do not have their inputs and data tracked.) 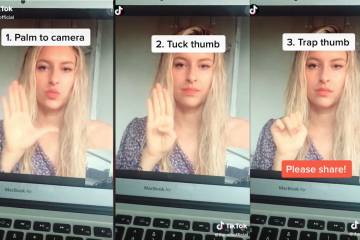 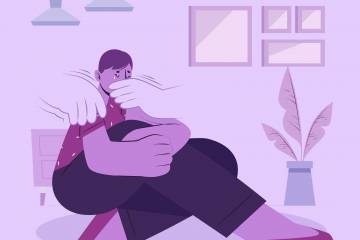 A lifeline to immigrant women in need