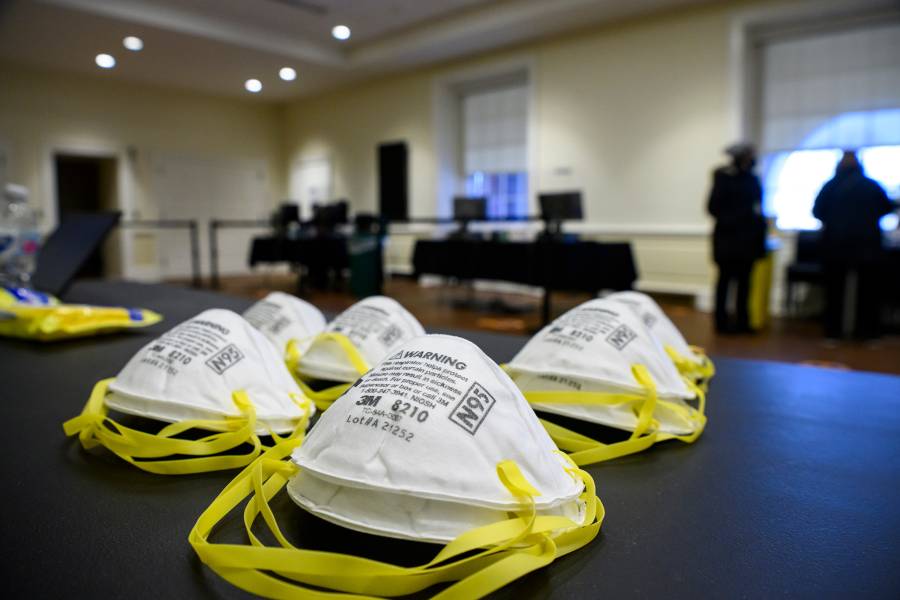 While Johns Hopkins pandemic experts are optimistic about the rapid decline in COVID-19 cases and hospitalizations, some say they worry that states may be moving too quickly to roll back public health protections such as masking—especially as vaccination rates remain stagnant.

"It's great that we are able to have this discussion about mask mandates right now and start talking about when would be the appropriate time to lift them," said Brian Garibaldi, medical director of the Johns Hopkins Biocontainment Unit, during Friday's online briefing hosted by the Coronavirus Resource Center. "I'm a little worried that we've seen this movie before and that we might be moving a little bit quickly with relaxing some of those mitigation efforts in response to the thankful decrease in community transmission."

The United States reported 1.4 million COVID-19 cases for the week ending Feb. 10, a 42% decline from the previous week, according to an analysis by Emily Pond, a research data analyst for the CRC and the Center for Health Security. Hospitalizations declined 19% over the same period to more than 96,400, with intensive care patients dipping 17% to nearly 18,000.

Deaths continued to climb, but at a slower pace, according to CRC data. More than 17,800 deaths were reported for the past week, a nearly 4% increase from the previous week when fatalities had jumped 6%, according to Pond's analysis.

"We're still in the middle of winter when people are gathering indoors frequently, so removing some of those mask mandates makes me a little bit nervous."
Brian Garibaldi
Medical director, Johns Hopkins Biocontainment Unit

"We're still in the middle of winter when people are gathering indoors frequently, so removing some of those mask mandates makes me a little bit nervous," Garibaldi said. "It might be a little bit too early for doing that—especially when you look at the number of individuals who are eligible to be vaccinated but still haven't been."

Mask mandates for schools are clearly the "most controversial," added Garibaldi, a physician who specializes in acute lung injury.

"There is obviously great benefit for children to be able to interact and learn with the additional cues you get when you're not wearing a mask," he said. But with so many school-aged children unvaccinated, Garibaldi says he worries about rolling back mask mandates. 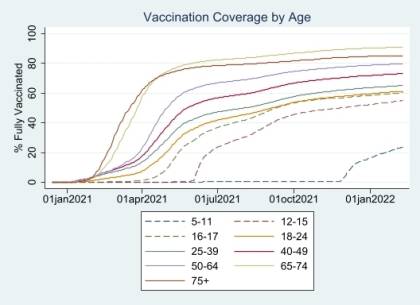 Garibaldi said he will continue to wear a mask indoors "for the foreseeable future" and that the nation should have a broader discussion about public health recommendations for masking even against other more common conditions.

William Moss, the CRC vaccinology lead, agreed with Garibaldi during the live briefing on Friday, which can be viewed online.

"Hopefully we have created some new norms around wearing masks for individuals who are sick or are vulnerable to any respiratory infection," said Moss, executive director of the Johns Hopkins International Vaccine Access Center.

Moss said he maintains "cautious optimism" about the pandemic appearing to tamp down from its record surges in January.

In the United States, 213 million people have been vaccinated. Since the pandemic began there have been more than 916,000 deaths and nearly 78 million reported cases—though the number is likely much higher, experts say.

Moss predicted that the number of vaccinated individuals in the United States would slowly increase. "But we won't see any dramatic shifts," he said. "If we look at the rate of increase in vaccine coverage, it's really slowed. Vaccine coverage remains pretty low."

The differences in vaccination rates among age groups is stark: 91% of people aged 65 to 74 are fully vaccinated and 95% have received at least one dose.

"What's been of concern to me is the 5- to 11-year-old age group because only about a third have received one dose and about a quarter are fully vaccinated."
William Moss
CRC vaccinology lead

"But as we go down into lower age groups, we see much lower coverage," Moss said. "What's been of concern to me is the 5- to 11-year-old age group because only about a third have received one dose and about a quarter are fully vaccinated."

He said the public should expect a lively debate when the Vaccines and Related Biological Products Advisory Committee of the U.S. Food & Drug Administration meets to discuss Pfizer's request for emergency use authorization for its vaccine for children aged 6 months through 4 years. Originally scheduled for Feb. 15, the FDA announced Friday afternoon that it was postponing the meeting to allow more time to evaluate additional trial data submitted by Pfizer about a possible third dose for this age group.

What Moss fears is the possibility of a "worst case scenario" and the continuation of politicized pandemic positions.