Serving as dean of student development since 2015, Wilson led the development of transformative programs and initiatives to help students maximize their potential for success at Johns Hopkins and beyond

Andrew Wilson, who joined Johns Hopkins as dean of student development in 2015, has been named associate vice president for student success at Loyola University Chicago. His last day at Johns Hopkins will be April 1. 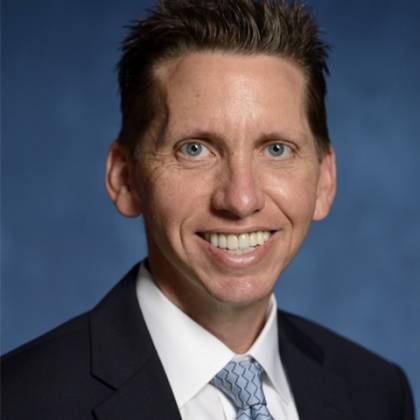 During his seven-year tenure at JHU, Wilson has led the development of transformative programs and initiatives to help students maximize their potential for success at Johns Hopkins and beyond. He has influenced many programs and services including several that are now part of the larger student services umbrella, such as career services, records and registration, and student disability services. Other areas of oversight included the Center for Student Success, the Center for Social Change, Housing and Residential Life, Student Transitions and Family Programs, Dining Services, and Assessment and Analysis. Wilson also taught classes on gifted education and organizational psychology within the School of Education and the Whiting School of Engineering, respectively.

"Dean Wilson has been a tireless advocate for JHU students," wrote Kevin Shollenberger, vice provost for student health and well-being and interim vice provost for student affairs, in a message announcing Wilson's departure. "Among his contributions to Hopkins, he has been deeply connected to developing resources for first-generation and limited-income student services, and steering the creation and execution of student intervention services to address students in crisis as well as those struggling with a sense of belonging."

Wilson oversaw the creation of the First-Year Mentors, a yearlong mentorship program for over 1,300 new students, and created a student advisory board that focuses on student development initiatives. And as the university navigated its response to the COVID-19 pandemic, Wilson played a critical role in spearheading the return to campus planning for students.

At Loyola University Chicago, Wilson will provide leadership for a broad collection of services and functions, including new student programs, first- and second-year advising, tutoring, student accessibility, the Office of Black Student Success, and the Office of Career Services.

"This inaugural role offers me the opportunity to be laser focused on student success across the university and to align with a mission that I believe in strongly. Though I'm excited by this new opportunity, I will certainly miss my colleagues and students at Hopkins," Wilson said. "These past seven years, sitting at the nebulous nexus of academic and student affairs, have been incredibly meaningful and rewarding. From developing more support for first-generation, limited-income students to reimagining student experiences such as New Student Orientation, I have truly enjoyed working with students and colleagues to advance signature services and think critically and creatively about how to support our students."