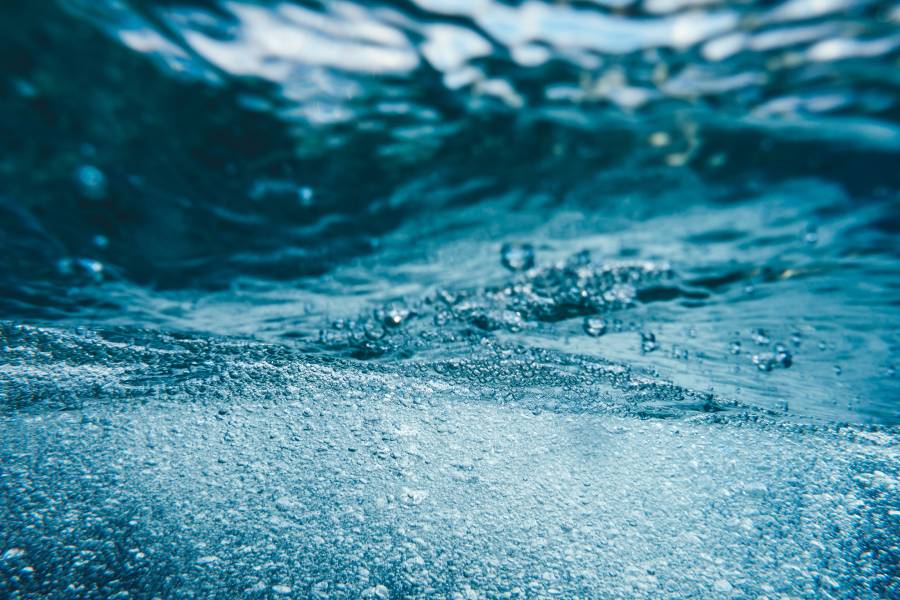 Bubbles are a cornerstone of many environmental and industrial processes such as the development of pharmaceutical products and mitigating the environmental impact of greenhouse gases. From algae biofuel to carbon sequestration in the ocean, these processes rely on researchers having a thorough understanding of how bubbles form, behave, and break apart in turbulence.

For decades, scientists have believed that bubbles can only break up when they collide with eddies, swirling currents of water or air, that are the same size as the bubble, an assumption known as the "Kolmogorov-Hinze paradigm." But a new study published in the journal Nature Communications shows this isn't always the case.

In the paper, Rui Ni, assistant professor of mechanical engineering in the Johns Hopkins' Whiting School of Engineering, and his colleagues explain why bubbles can burst faster and more violently in turbulence than previously thought.

"The paradigm was built upon a simple physical picture: a bubble is fragmented by a turbulent eddy if the eddy has enough energy. We often assumed this meant the bubble and the eddy had to share the same size, but our experiments show this isn't true," said Ni, an expert in experimental fluid mechanics. "In fact, small eddies lead to a more rapid and efficient bubble breakup."

Intrigued by this problem, the team—which also includes Yinghe Qi, a PhD student in Ni's Fluid Transport Lab and undergraduates Noah Corbitt and Carl Urbanik—designed an experimental environment that exposed bubbles to a single type of eddy at a time. To conduct the experiment, the researchers injected a bubble into a turbulent ﬂow created by the head-on collision between two vortex rings, similar to the bubble rings that dolphins like to play with. With this approach, the ﬂow is separated into two distinct phases: in the first phase, the bubble only collided with bubble-sized eddies; in the second stage, the bubble only collided with smaller eddies.

"When we compare bubble fragmentation in these two different phases, we can isolate the small eddy contribution and directly examine the key hypothesis in the Kolmogorov-Hinze framework," said Qi, the paper's first author.

After analyzing their data, the researchers concluded that, contrary to popular belief, small eddies play an important role in the fragmentation process; in fact, some of them are more energetic and cause bubbles to break up even more rapidly than their larger counterparts. The findings will have far-reaching implications for turbulence research.

"It really is a paradigm shift in how we understand bubble breakup in turbulence," said Ni. "This new framework can be used for provide better predictive models for many applications such as pharmaceutic and cosmetic products, because the size distribution of their final products are often sensitive to the turbulent fragmentation process."

This research was supported by the National Science Foundation and the Office of Naval Research.