"Kinship and Longing: Keywords for Black Louisiana" project led by historian Jessica Marie Johnson will bring to light records that are vital to the understanding of American history

Johns Hopkins University historian Jessica Marie Johnson has received a $120,000 planning grant from the National Historical Publications and Records Commission for her "Kinship and Longing: Keywords for Black Louisiana" project. The grant will support a collaboration of scholars and graduate students toward developing a digital, open-source, searchable edition of some 200,000 French and Spanish colonial records documenting enslaved and free people of African descent in Louisiana between 1714 and 1803.

"I firmly believe that the history of the Gulf Coast, and particularly of Black Louisiana, is a really key piece of understanding American history more broadly," says Johnson, director and principal investigator of Keywords for Black Louisiana and an assistant professor in the Krieger School's Department of History. "We don't talk about it as part of the larger story of American history in part because those French and Spanish documents are not translated, are not transcribed, and are generally accessible only to specialists. There's something wrong with that."

The 18th century Gulf Coast was a formative time and place for American culture, Johnson points out. Colonial empires were formed; some of the first contact happened among European colonial officials, slave traders, settlers, and indigenous people; and some of the first Gulf Coast trafficking of enslaved Africans occurred. It's a period of time when many outcomes for the country were possible, she says; when it was not a foregone conclusion that the U.S. would look the way it does or end up structured as it is today. 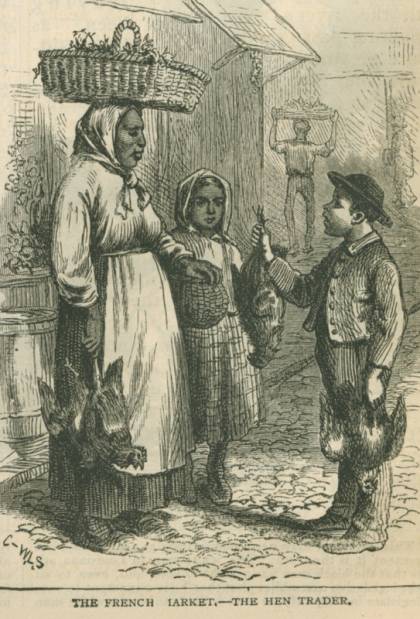 Image caption: Teams will help preserve and document records that have long been excluded from the archives in order to create a fuller picture of American history

"What I hope is that as we continue to build a digital edition, we can really get scholars to take a second look at the broader history and narrative of American history. What would it mean if this history was rewritten from a different context, from a Gulf Coast context, and also from a Black and Indigenous context?" Johnson asks.

While Louisiana institutions have digitized some of the documents that would shed light on the people and activities of the period, most remain veiled behind unfamiliar script in French and Spanish, burn marks, and crumbling parchment. The grant will support the team's work in three areas:

The National Historical Publications and Records Commission, affiliated with the National Archives and Records Administration and chaired by the Archivist of the United States, supports projects that promote access to America's historical records to encourage understanding of U.S. democracy, history, and culture. Kinship and Longing is part of a new program there, with support from the Mellon Foundation, titled Start-Up Grants for Collaborative Digital Editions in African American, Asian American, Hispanic American, and Native American History. The program is designed to encourage "innovative and collaborative re-thinking of American History—how it is conceived, whose voices it centers, and for what purposes;" and to "bridge longstanding institutional inequities by promoting resource sharing and capacity building."

"The graduate students who are part of the project are instrumental to it, and it's an honor to be working with them," Johnson says.