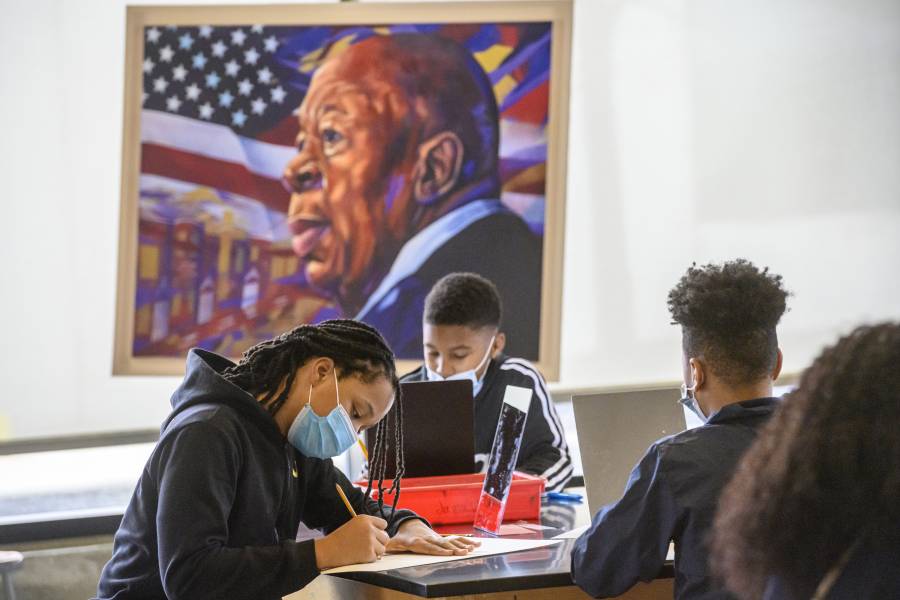 Cummings, longtime congressman from Baltimore who received an honorary degree in 2015 and died in 2019, held the national stage while maintaining steadfast support for his city

Johns Hopkins University unveiled a portrait Thursday honoring U.S. Rep. Elijah E. Cummings, the longtime public servant from Baltimore who rose to become one of the most powerful and prominent figures in Congress while remaining a visible and vocal leader for his hometown and its residents.

The portrait by Baltimore artist Christopher Batten will be formally installed at the university's Milton S. Eisenhower Library in April. But it made its debut during an assembly honoring Cummings' life and legacy at Henderson-Hopkins, a contract school of Baltimore City Public Schools operated by Johns Hopkins and Morgan State universities.

Among the speakers was JHU President Ron Daniels, who remembered Cummings as "a champion for civil rights, a great lover of our city, and a believer in all the people who call it home."

"I also knew him as an extraordinary teacher," Daniels told the students. "Throughout his life, Elijah taught people how to see the world differently and how to make lasting changes in their communities. He taught people to believe in their own worth and potential. He showed us all that no act of kindness or bravery was too small to make a difference."

Other speakers included Maryland State Delegate Stephanie Smith, a Henderson-Hopkins parent, who discussed the importance of civics and civic engagement, the experience of being Black in Baltimore, and believing in oneself; and Maya Rockeymoore Cummings, widow of the late congressman, who talked about how her husband's life exemplified the pillars of civic engagement and civic duty. 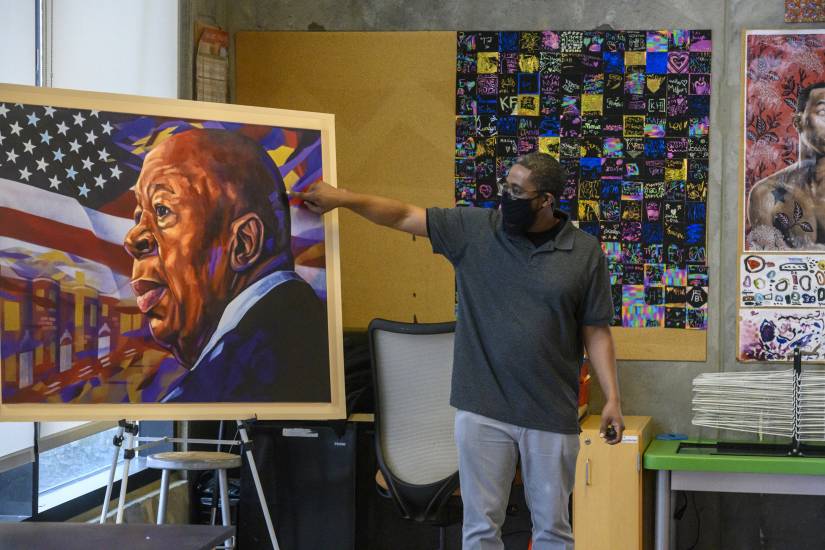 Image caption: Artist Christopher Batten leads a portraiture workshop with Henderson-Hopkins students after his painting of Elijah Cummings was unveiled at their school Jan. 20

After the assembly at the pre-K through eighth-grade Eager Park school, Batten led workshops with the students to demonstrate how he integrated the elements of Cummings' personal story into the portrait.

Thursday's event at Henderson-Hopkins was the first in a series of gatherings and forums that are being planned to celebrate Cummings' enduring legacy. Next week, the university will present a webcast on Friday, Jan. 28, titled "Making Your Voice Count: Activism, Voting, and the Democratic Ideal," featuring U.S. Rep. Jamie Raskin, who represents Maryland's 8th Congressional District, in conversation with Hahrie Han, director of the SNF Agora Institute at Johns Hopkins University and Stavros Niarchos Foundation Professor of Political Science. Two more events are in the works for February and March, and the series will conclude with the official installation of Cummings' portrait in the MSE Library in April.

Cummings, a Baltimore native, died at 68 in October 2019, when was in his 12th term in the U.S. House of Representatives serving Maryland's 7th Congressional District—which includes Johns Hopkins University's Baltimore campuses. Cummings was born in Baltimore in 1951, the third of seven children. Both of his parents were sharecroppers. He graduated with honors from Baltimore City College high school in 1969, earned a bachelor's degree in political science from Howard University in 1973, and earned a JD from the University of Maryland School of Law in 1976. He spent 14 years as a member of the Maryland House of Delegates before being elected to Congress in 1996. He served as chair of the House Committee on Oversight and Reform while regularly appearing at community events and commuting to and from Washington, D.C., from his home in West Baltimore.

Cummings was a frequent guest and speaker at Johns Hopkins events over the years and a steadfast supporter of the institution's community efforts, including the HopkinsLocal and BLocal economic inclusion initiatives, the Vision for Baltimore program, and Henderson-Hopkins. He received an honorary degree from Johns Hopkins University in 2015 and served as the featured speaker at the universitywide Commencement ceremony that same year.

The commissioning of the portrait emerged from the ongoing efforts to recognize and elevate diverse people from the university's history in more tangible ways, which includes the work of the Hopkins Portrait Initiative Committee, as well as the Diverse Names and Narratives Project. 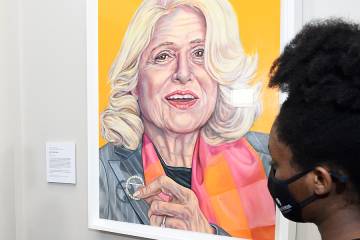 Published Oct 12, 2021
Edith Windsor, who received a JHU honorary degree in 2014 and who died in 2017, played a pivotal role in the fight for marriage equality in the U.S.