Windsor, who received a JHU honorary degree in 2014 and who died in 2017, played a pivotal role in the fight for marriage equality in the U.S. 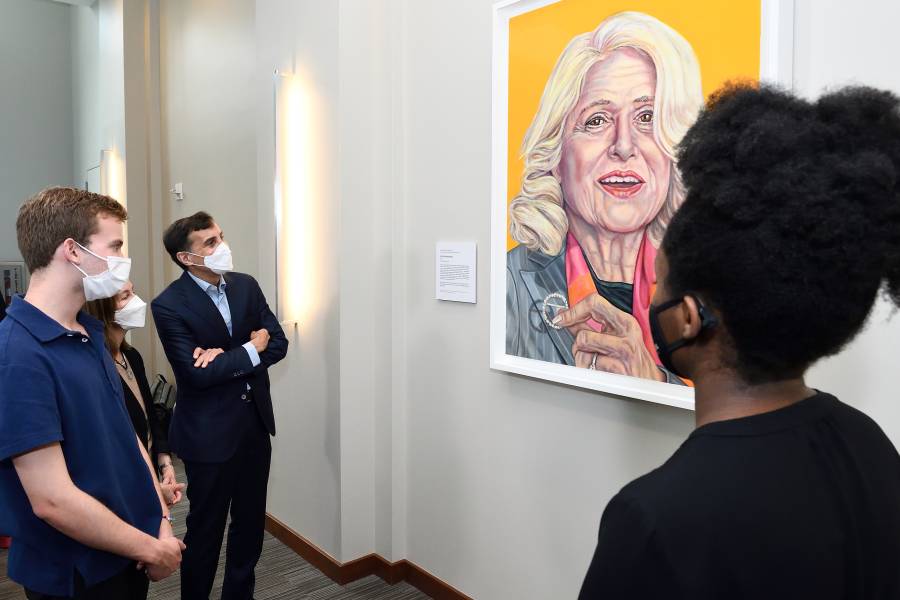 The portrait—commissioned by the university to celebrate Windsor's life and legacy, and unveiled on National Coming Out Day—will hang in the Brody Learning Commons on the university's Homewood campus.

"We hope it captures for posterity all that Edie embodied—the affirmation of our shared dignity and core humanity, a celebration of love in all its myriad forms, the bravery to advocate without equivocation for the civil rights of others. And, of course, joy—pure joy" JHU President Ron Daniels said at Monday's unveiling. 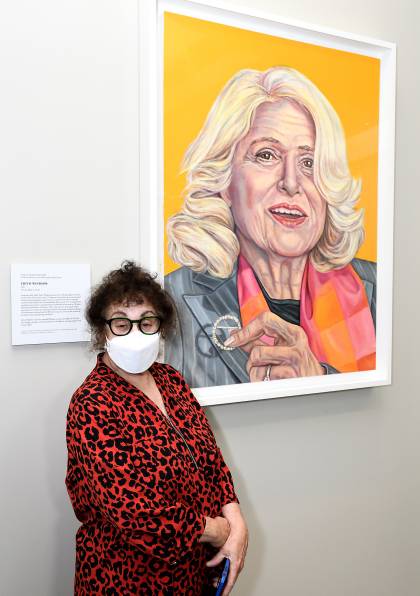 Added Joanne Rosen, Daniels' wife and a Johns Hopkins Bloomberg School of Public Health faculty member and legal scholar who studies how law and policy affect sexual and gender minorities: "In the last decade of her life, Edie Windsor's near lifelong battle for LGBTQ equality and recognition culminated in a landmark legal victory. And Edie came to embody the success of the long and hard-fought battle for marriage equality in this country."

Windsor's lawsuit against the federal government led the Supreme Court to declare that the 1996 Defense of Marriage Act—which denied legally married, same-sex couples the benefits of marriage conferred under federal law—was unconstitutional. It marked the first time that the U.S. recognized and provided protections for marriage between individuals of the same sex.

Johns Hopkins University awarded Windsor an honorary degree in 2014 for her courage, strength, and determination in the fight for marriage equality and human rights. She died in 2017, having seen her dream of marriage equality—and the justice, equality, dignity, and recognition for which she fought tirelessly—realized nationwide.

Her vibrantly colored portrait—measuring nearly four and a half feet tall by three and a half feet wide—was painted by Grace Graupe-Pillard, an artist and educator based in New York and New Jersey. In it, Windsor holds the circular diamond brooch that her spouse of more than 40 years, Thea, used to propose in 1967, and which became a symbol of their union.

The commissioning of the portrait emerged from the ongoing work to recognize and elevate diverse people from the university's history in more tangible ways, which includes the work of the Hopkins Portrait Initiative Committee, as well as the Diverse Names and Narratives Project.