Bennett led the Wilkinson Microwave Anisotropy Probe, which 'transformed our view of the universe'; he will be recognized in a ceremony next month

The American Academy of Arts & Sciences has awarded Johns Hopkins University astrophysicist Charles L. Bennett one of the oldest and most celebrated awards in science, the Rumford Prize, an honor Bennett now shares with Thomas Edison and the scientists that invented instant photography and the world's first nuclear reactor.

In nominating Bennett for the award, theoretical physicist Marc Kamionkowski, credited him with "the single most significant experiment" in humankind's understanding of the universe, writing that the Wilkinson Microwave Anisotropy Probe led by Chuck Bennett "transformed our view of the universe from a rough sketch to a remarkably precise picture." 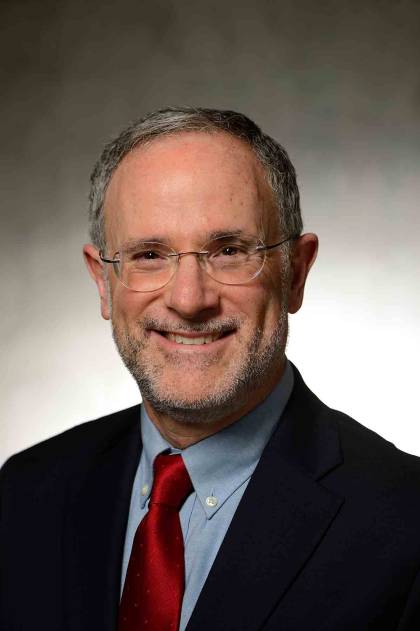 Bennett will accept the award at a virtual event next month.

"I am honored to receive the Rumford Prize and to join the distinguished group of scientists who received this prize before me," Bennett said. "There has never been a guarantee that cosmologists or astrophysicists would come to understand the universe, but we have collectively made incredible discoveries in recent decades. I am thankful that I was able to contribute to this progress, grateful to my collaborators, and ever excited to see what mysteries of the universe we might unveil next."

Founded in 1796 but first awarded in 1839, the Rumford Prize recognizes distinguished contributions to the fields of heat and light and is one of the oldest scientific prizes in the United States. It was last awarded in 2019 to six scientists for their contributions to the invention and refinement of optogenetics. Previous recipients include Thomas Edison in 1895, Edwin Land in 1945, and Enrico Fermi in 1953. At least a dozen scientists who have received the Rumford Prize have also won the Nobel Prize.

"Professor Bennett's spectacular work helped transform cosmology into an integral component in the quest for the fundamental laws of physics," said David W. Oxtoby, president of the American Academy. "His trailblazing work gives us an unprecedented, precise view of the universe, and more importantly, reminds us of the joys and possibilities of scientific discovery."

Bennett is a Bloomberg Distinguished Professor, Alumni Centennial Professor, and a Johns Hopkins University Gilman Scholar in the William H. Miller III Department of Physics and Astronomy with a joint appointment at the Johns Hopkins Applied Physics Laboratory. His efforts have helped establish a standard model of cosmology. He led NASA's Wilkinson Microwave Anisotropy Probe mission from 1996 to 2013.

"In his fearless pursuit of questions and ideas that challenged convention, Chuck stands alongside a select few investigators who have truly transformed our understanding of our universe," said Johns Hopkins University President Ron Daniels. "We are thrilled at the prospect of the discoveries he will continue to make and the pathways of inquiry he has opened for future generations of physicists."

Also, as a member of the Euclid and the Cosmology Large Angular Scale Surveyor, or CLASS, projects, Bennett continues to work to improve cosmological measurements and to improve the analysis of the microwave signals from our Milky Way galaxy that contaminate measurements of the cosmic microwave background. 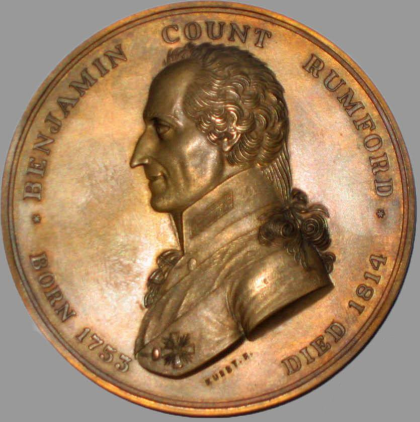 Image caption: Rumford Medal of the American Academy of Arts and Sciences

Rumford Prize recipients from Johns Hopkins include Henry A. Rowland (1883), the first chair of the physics department from 1876 until his death in 1901; Robert W. Wood (1909), professor of optical physics from 1901 until his death in 1955; William D. McElroy (1965) a Biology Department chair who discovered the enzyme that makes firefly bioluminescence.

Bennett, who has taught at Johns Hopkins since 2005, received his PhD in Physics from MIT in 1984 and joined the scientific staff of the NASA Goddard Space Flight Center the same year. He served as the Infrared Astrophysics Branch head, a senior scientist for experimental cosmology, and a Goddard senior fellow. Prior to WMAP, Bennett led the Differential Microwave Radiometers instrument and the Cosmic Background Explorer, or COBE, mission, which resulted in the first detection of variations of the temperature of cosmic microwave background radiation.

"This is a remarkable achievement for Professor Bennett," said Christopher Celenza, dean of the Krieger School of Arts and Sciences. "His transformational work in the field of cosmology has unlocked mysteries about the universe for all of humankind."

Bennett will accept the Rumford Prize and deliver remarks at a virtual event hosted by the American Academy on Feb. 10. 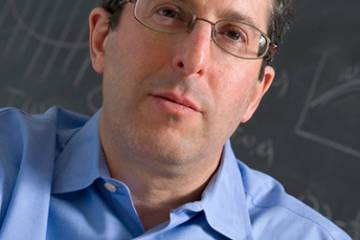 Published May 5, 2021
Marc Kamionkowski honored along with two others for work on cosmic microwave background 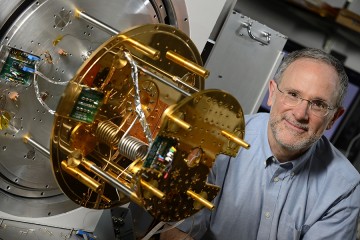