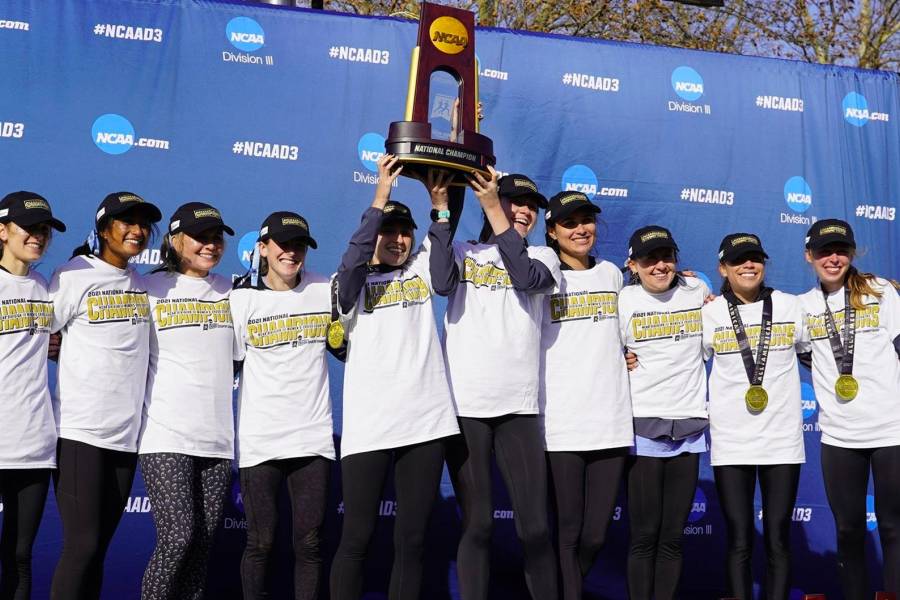 With a two-point victory over Claremont-Mudd-Scripps, the Blue Jays equalled SUNY-Cortland's DIII record for the most titles won by one program

Young. Old. Experienced. Inexperienced. Veteran. Youthful. Over the past decade it hasn't mattered what type of team Johns Hopkins Coach Bobby Van Allen has brought to the NCAA Division III cross country championships. This time, only one of the seven Blue Jays who ran on Saturday in Louisville, Kentucky, had ever competed in a national championship meet, and none had ever competed in the meet for Hopkins.

Despite the lack of NCAA championship experience, the Blue Jays showed a combination of talent, grit, and resolve to capture their seventh national championship in nine seasons. The Blue Jays scored 130 points, just two points better than runner-up Claremont-Mudd-Scripps. With the win, JHU matched SUNY-Cortland's record for the most NCAA titles in DIII women's cross country history.

"I'm so proud of this team," Van Allen said. "They executed our race plan to near perfection. We really did a nice job establishing our pack and positioning early, and that really helped us move up throughout the race,"

It was a special weekend in Louisville. Relive it with us!

Blue Jays senior captain Ella Baran stepped up in the biggest moment of the season, placing ninth to lead the Jays. Baran crossed the finish line in 21:03.1, finishing just behind Centennial Conference rival Isabel Cardi of Dickinson. Baran passed three runners over the final stretch of the race to jump into the top-10 and earn crucial points for Hopkins. The senior's time is the second-fastest ever posted by a JHU competitor at the NCAA championship meet.

The next Blue Jays to cross the finish line did so back to back, as Alex Ross (21:33.4) and Paloma Hancock (21:35.5) placed 20th and 21st for JHU, joining Baran as All-Americans. Ashley Heidenrich, Dianna Vizza, and Sara Stephenson all crossed the finish line within 11 seconds of one another—Heidenrich led the way, crossing in 21:54.1 to place 46th, Vizza clocked in at 21:59.6 to finish 54th, and Stephenson finished in 22:05.0 to place 56th. Senior Lina Spjut finished less than 20 seconds later, placing 87th and ensuring that all Blue Jay competitors finished in the top-90 amongst the 292 competitors. Each spot proved crucial in the Blue Jays two-point advantage.

"We talk all the time about hitting the reset button over the last mile as if its tied, so it was funny that that is basically what ended up happening," Van Allen said. "Our girls dug down and just went after it all the way through the finish, and that was enough to get it done.

"To tie the legendary SUNY Cortland program is very gratifying, mainly because I think it speaks volumes for the women that have poured everything into this program over the last two decades," he added. "It's not about one person or one team, but about the culture that everyone has worked hard to instill and continue to develop over the years." 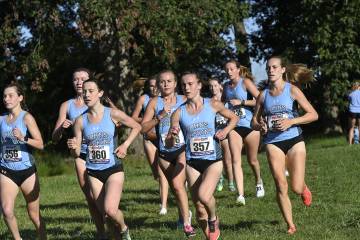 The return of the fall champions

Published Oct 1, 2021
After a season that wasn't, the Johns Hopkins women's cross country and volleyball teams resume play with revamped and younger rosters to defend their national titles