Percy Pierre knows how it feels to be a pioneer. When he received his PhD at Johns Hopkins in 1967, he became the first African-American in the nation to earn a doctorate in electrical engineering.

Many more firsts followed, including becoming the first African-American appointed as both assistant secretary of the U.S. Army for Research and Development and the acting secretary of the Army—work that, in large part, led to him being elected to the National Academy of Engineering in 2009. An accomplished electrical and systems engineer now serving as adjunct professor and Glenn L. Martin Endowed Professor at the University of Maryland's A. James Clark School of Engineering, he has worked throughout his long career to ensure that other members of underrepresented minority groups have a chance to walk through doors in academia he helped open years ago. 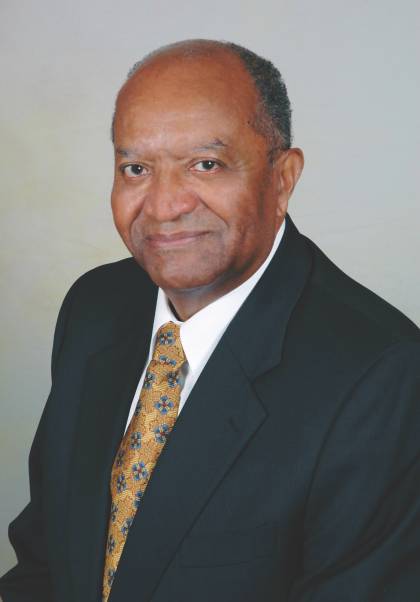 To honor this legacy, the Whiting School of Engineering has established the Percy Pierre Doctoral Fellowships. These awards recognize outstanding incoming graduate students from underrepresented backgrounds who will contribute to the intellectual life of both their departments and the broader graduate community.

"We are inspired by Dr. Pierre's lifetime of tenacity, energy, vision, and leadership in ensuring opportunities for underrepresented students in engineering," said Ed Schlesinger, Benjamin T. Rome Dean of Engineering at the Whiting School. "We know that discovery, creativity, and innovation flourish in environments where individuals of different cultures and backgrounds can collaborate freely to solve problems in entirely new ways. The Percy Pierre Fellowships are a step toward making sure that happens."

The fellowships will provide recipients with competitive monthly stipends, tuition, health insurance, and fees for the first two years of graduate school and with access to a variety of special programming and mentoring opportunities, according to Darlene Saporu, assistant dean of diversity and inclusion for Johns Hopkins University.

"Dr. Pierre created the model for mentoring URM students in his work with the National Academy of Engineering, Howard University, and Michigan State University. We wanted to ensure that our fellowships embodied his approach to cultivating and nurturing top talent," she said.

Recipients will have access to skilled mentorship and advising programs, developed individually by departments to meet their fellows' unique needs. Flexibility in selecting a research topic or area is also one of the fellowship's hallmarks, with recipients having the ability to rotate through various laboratories and work with a variety of possible faculty mentors and advisers before settling on one.

"This ensures that they are able to pursue the area that they are most interested in and be mentored by faculty who are committed to their academic and professional development," Saporu said.

"The overarching goal here is to help us build and support a critical mass of outstanding students from underrepresented backgrounds who can use their talents and gifts to make rich contributions to the field of engineering and to graduate life of Johns Hopkins," Saporu said. "In this way, we are doing our part to carry on in Dr. Pierre's tradition." 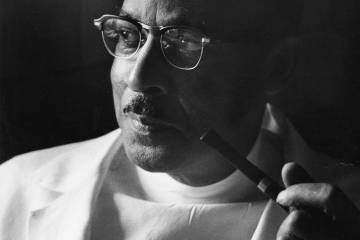 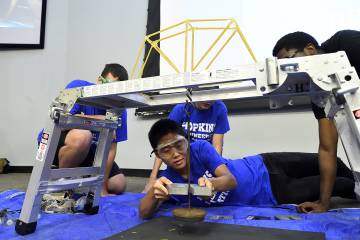 Published Nov 9, 2021
10 scholars from across the country will be selected to participate in program supported by a grant from the Motorola Solutions Foundation