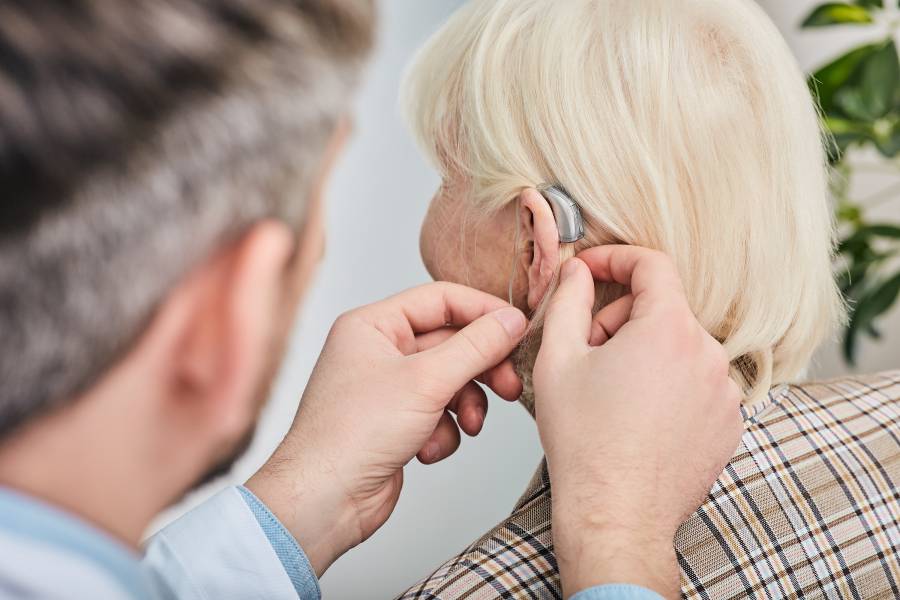 Hearing aid coverage could be 'transformational'

Expanding Medicare coverage to pay for hearing aids would improve the quality of life for millions of older Americans, says Nicholas Reed of the Cochlear Center for Hearing and Public Health

About half of all Americans older than 60 and two-thirds older than 70 have some degree of hearing loss, according to Johns Hopkins University researchers. Many older people cannot afford the prohibitive price of hearing aids, which can cost thousands of dollars, or are reluctant even to admit they have a hearing problem. 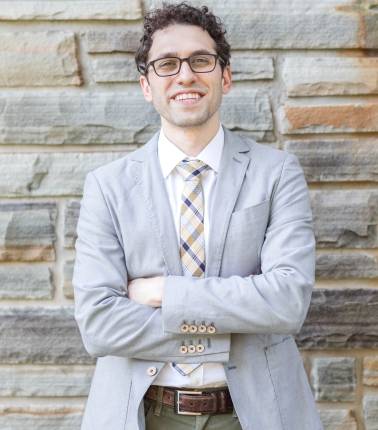 Medicare has never covered the cost of hearing aids—an omission that has long presented a barrier to older people who would gain from access to these life-altering devices. But that could soon change. The $1.75 trillion social spending bill currently under consideration by Congress provides a Medicare hearing benefit for the first time in the history of the 56-year-old health insurance program for those 65 and older. This proposed expansion follows the Food and Drug Administration's recent release of new regulations allowing the sale of over-the-counter hearing aids. Together, these two major policy changes would be the biggest advances to hearing care in decades.

To understand the implications for older Americans with hearing loss, the Hub spoke with Nicholas Reed, a clinical audiologist and assistant professor in the department of epidemiology and core faculty at the Cochlear Center for Hearing and Public Health at the Johns Hopkins Bloomberg School of Public Health.

How significant a change is this? When it comes to hearing, has traditional Medicare covered anything?

Nothing on the hearing aid side has been covered since the inception of Medicare in 1965. In fact, anything related to hearing aids is a statutory exclusion under current Medicare. Hearing wasn't really considered part of health care—it was an afterthought. Also, at the time it made sense not to include hearing aids because the technology was nascent, and not terribly advanced. The older technology wasn't really suited for all types of hearing loss. Today, however, modern hearing technology can address a wide range of hearing losses in individuals. Traditional Medicare covers a hearing test if it's ordered by a physician as part of a medical evaluation, but it does not cover hearing aids. If this legislation passes, Medicare will finally catch up to the technology and the thinking about the health impacts of hearing loss, both on the individual and from a public health perspective. It is very much a big deal. Age-related hearing loss is a major issue for millions of Americans, and Medicare access to hearing aids and hearing care services would make a tremendous difference for them.

What has been the impetus for making this change?

I think including hearing loss in these public health policies represents a seismic shift in how we regard all aspects of the individual, an important perspective that had not been part of previous thinking. Communication and engagement with others is a fundamental aspect of life, but for a long time society thought of hearing loss as a benign effect of aging, something that is often mocked in popular culture. But it has real health consequences—falls, depression, loneliness, dementia—that we only began to understand more in recent years through public health research. I see this change as fitting in with public health principles within American healthcare—we are moving away from acute care models that only target specific conditions to thinking about maximizing the life of the individual so that he or she can thrive. We now understand the ability to hear to be a key part of overall health and well-being.

"If this legislation passes, Medicare will finally catch up to the technology and the thinking about the health impacts of hearing loss, both on the individual and from a public health perspective. It is very much a big deal."

How many additional older Americans who need hearing aids but have not been able to afford them would be covered under this proposed Medicare expansion?

The details are still being worked out in the bill, but, as it stands right now, the expanded hearing benefit would only target people with [a category of hearing loss considered to be] moderate-severe or greater hearing loss, which could include up to 5 million Americans. This could be life changing for this group of Americans as many had to pay out-of-pocket for this or go without hearing aids entirely.

Beginning next year or possibly sooner, Americans will have access to hearing aids sold over-the-counter which, presumably, will be less expensive than traditional hearing aids. However, these won't be for everyone, just those with mild to moderate hearing loss. What impact will this, along with the change in Medicare policy, have on those with age-related hearing loss?

Keep in mind that there are already amplification devices available without a prescription, but many of those are clunky, difficult to wear for very long, and basically garbage. The new FDA OTC regulations allow consumer tech companies like Bose and Apple to enter a whole new market, and we expect that will reduce costs, increase access, and spur innovation in the hearing care space. Importantly, the Medicare change is a complementary action that would cover those who won't benefit from the over-the-counter devices. Taken together, it's a huge change from our status quo and it would make the United States the first country in the world to have a robust private market with accessible over-the-counter hearing aids along with public insurance coverage for Medicare beneficiaries with a greater degree of hearing loss.

How expensive are hearing aids now for those who need them? Do most older people forgo them because they can't afford them?

The price range varies. The number you see often as the average cost is $4,700 for both ears. This cost also includes the professional services that come along with them—adjusting them to get the most out of the device for an individual's specific hearing needs, and for comfort and wearability. That can make hearing aids—after home and a car—the third largest material purchase in an older adult's life. Plus, they need to be replaced about every five years. Cost is not the only barrier. They are also inaccessible. You have to go through a licensed individual to get them, which can mean multiple visits. That's why the over-the-counter regulations are revolutionary.

A Hearing Aid for Everyone

Hearing loss and the dementia connection

What social benefits are likely to come from having enhanced access to hearing benefits that result in improved hearing?

Hearing loss is associated with social isolation and depression. Hearing is about your connection to other people. People may be surrounded by others, such as friends, family, but conversation is difficult to follow and even fatiguing, so they become isolated, even in the presence of others. Moreover, people with hearing loss may be reluctant to engage in activities where good hearing is required—concerts, theaters, movies, restaurants, physical activities—so they may start withdrawing from social aspects of life, causing or exacerbating depression. Beyond social engagement, some people may still be working, and not being able to hear can affect how they do their jobs. Many people don't realize how many areas of life are affected by the ability to hear.

Moreover, hearing loss doesn't just affect the individual. It also affects the way people around him or her engage in communication. It's a communication barrier that goes two ways. Breakdowns in conversation can cause frustration on both sides. I think the pandemic has isolated people further. Masking, for example, makes it harder to use visual clues and can muffle speech while some standard communications platforms, such as telephones and video conferencing, have their own barriers. For example, some video conference platforms have captioning but require the host to activate it. If you have a hearing loss, and you are social distancing, you might be more isolated than ever.

Can having hearing aids improve other health conditions and increase safety?

I think so, and emerging research suggests that it is the case. If you are treating someone's hearing loss, it may be possible to prevent dementia and cognitive decline. Revisiting what we talked about before, it is very likely that this is because hearing helps older adults engage with others and stay socially active, a key aspect of dementia prevention. But beyond just communication, hearing also places us in the world around us. Your hearing is a sense that never turns off and helps give you a feel for your location. This could, for example, help prevent falls, which are a real danger for older people.

Wearing hearing aids has often come with a social stigma, unlike wearing corrective eyeglasses. Why do you think that is? And can the Medicare change help reduce that stigma? If not, what can be done?

Historically, society has been cruel to people with hearing loss. Hearing loss was regarded as vivid evidence of growing old, and we didn't have modern accommodations or treatments for a condition that's so common as we age until relatively recently—the 1950s. That stigma has lingered. But attitudes about aging are changing, and I think the combination of Medicare and OTC hearing aids making them more affordable will increase acceptance and reduce the stigma surrounding them.

Finally, in a word, can you describe what this will mean for millions of older Americans with hearing loss who until now could do little except cope as best they could?

Yes: transformational. This is a powerful change that will transform their daily lives. 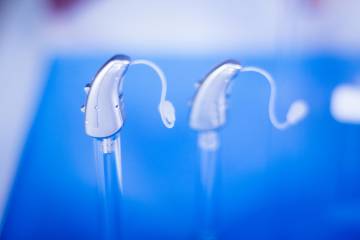