Low-income people of color make up the majority of the city's transit users, and they are more likely to live near high-traffic roadways or heavily trafficked industrial areas 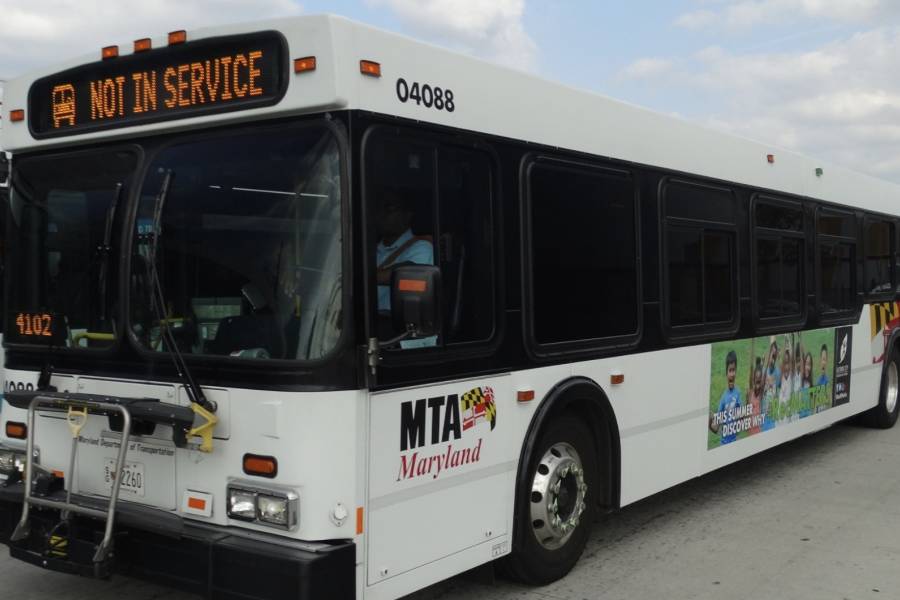 "Not surprisingly, the neighborhoods with the greatest opportunities for investment in transit are the ones that were historically impacted by racist policies."
Megan Latshaw
Associate scientist, Environmental Health and Engineering

Low-income people of color make up the majority of transit users in Baltimore. They are also more likely to live in neighborhoods adjacent to high-traffic roadways or heavily trafficked industrial areas. As a result, they face the highest level of transit-related inequity, not just in terms of commute times but also when it comes to air pollution and health risks associated with vehicle emissions.

Megan Latshaw, an associate scientist, co-led the team that produced the report with Samuel Jordan, president of BTEC. They combined community input with data from the Maryland Transit Administration and the Environmental Protection Agency. Based on the report's findings, the authors identified 45 neighborhoods in six areas of the city with the highest amount of opportunity for greater investment in transit.

"As far as we know, this is the first time transit equity has been examined alongside environment and health," Latshaw says. "Not surprisingly, the neighborhoods with the greatest opportunities for investment in transit are the ones that were historically impacted by racist policies."

Perhaps the most obvious and immediate effect of transit inequity is longer commute times. Public transit in Baltimore often fails to get people to their destinations in a reasonable amount of time, considered to be less than 45 minutes. And the further you get from the city center, the bigger the discrepancy in commute time between public transit users and those with a personal vehicle.

One of most telling statistics that Jordan cites: While 100% of jobs in the Baltimore region can be reached in one hour by car, only 9% of jobs can be reached by public transit in that same amount of time.

"Not only do we worry about access to jobs, but Baltimore students need to get to school on time, residents need access to health care, and healthy food," Latshaw says.

But transit times aren't the only issue, according to the report. Low-income Black and Hispanic neighborhoods get more exposure to air pollution and more health risks stemming from vehicle exhaust and traffic congestion.

Prior studies have found that a robust public transportation system improves air quality by taking cars off the road. In Baltimore, this report found that people living in areas close to the Patapsco River in the southeast are exposed to more air pollution from vehicle emissions like diesel exhaust. People living near the Jones Falls Expressway heading north and the I-895 Baltimore Harbor tunnel to the east also had notably worse air quality than other parts of the city.

The link between air pollution (often linked to traffic) and disease, including respiratory illnesses and heart disease, is well established. The social vulnerability and health maps created by the researchers reflected redlining policies dating back decades. This pattern has been coined "the Black Butterfly and White L", written by Lawrence Brown, formerly of Morgan State University, based on where whites and Blacks still tend to live in Baltimore, even to this day.

"If we want Baltimore to be a thriving city, we need transit that gets people where they're going efficiently and safely," Latshaw says. "A strong transit system, driven by data, could be transformative for our city."