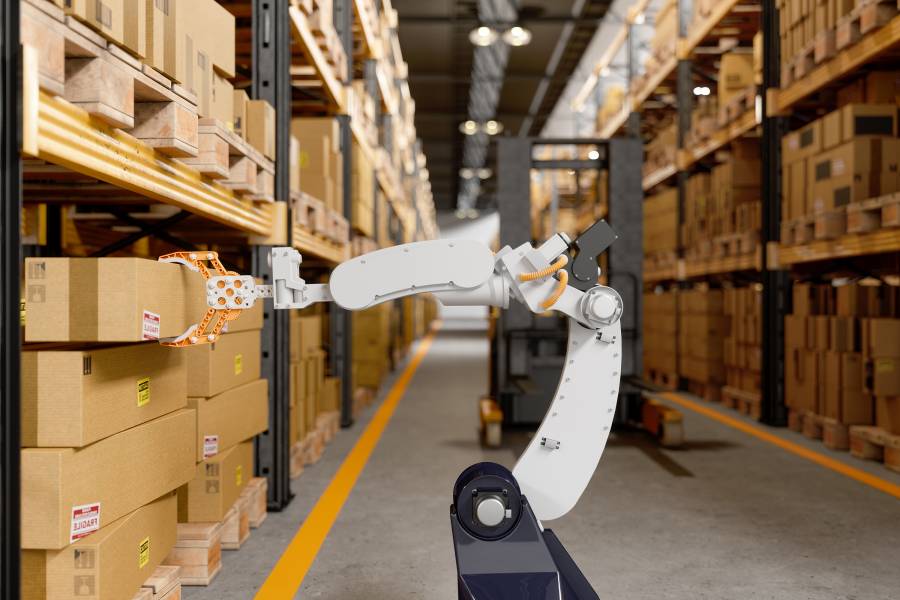 As workplace robots become more common in retail stores, hospitals, and warehouses, their human coworkers need to know how to use and reprogram them. Yet most people lack that kind of highly technical experience. To address this need, researchers at Johns Hopkins University have created Demoshop, an easy-to-use robot training platform.

Demoshop lets users program a robot by simply demonstrating the task they want it to do, rather than writing lines of complex code. Their new system was described in a study published recently in Robotics and Autonomous Systems.

"In a factory or store, the people working alongside robots may have never seen a robot before. But imagine if you could train a robot like any other new employee, just by showing them how to perform different duties. Integrating robotics into workplaces is a challenge, but we think Demoshop can help with the transition," said senior author Chien-Ming Huang, John C. Malone Assistant Professor of Computer Science and a member of the Whiting School of Engineering's Malone Center for Engineering in Healthcare.

With Demoshop, humans show the robot how to perform a specific task by moving it manually though the steps of the job. To program a mobile robot to close a door, for example, the user will maneuver the robot's arm to the door and push it closed. The software generates a 3D virtual simulation of the demonstration, which the user can then review and edit as needed. For instance, if the robot is tasked to move an object from one location to another and it keeps placing the object in the wrong location, users can fine-tune their program in Demoshop to correct the error in the real world.

Other programming-by-demonstration tools exist, but Demoshop is unique because users can dynamically edit and preview their robot demonstrations on the spot, adds Gopika Ajaykumar, a PhD student in Huang's lab.

"With other tools, if you make a mistake, there isn't an easy way to correct or edit the programming. This is crucial for robots working in fast-paced environments like factories or warehouses. We designed Demoshop to be an editing tool—like Photoshop, but for robot programming," said Ajaykumar.

"We designed Demoshop to be an editing tool—like Photoshop, but for robot programming."
Gopika Ajaykuma
PhD student, Whiting School

In the study, researchers asked participants, which included robotics experts and non-experts, to use Demoshop to program a robotic arm to perform pick-and-place tasks: one of the most common tasks robots perform. Post-study interviews revealed that most participants found Demoshop to be straightforward, easy, and intuitive to use during task demonstration and editing. The team was especially encouraged to discover that even robotics experts found Demoshop helpful.

In the future, the team plans to expand the software to provide more personalized assistance that responds to users' behavioral cues during programming, such as an autocomplete feature when the user has trouble.

"Lowering the technical barrier is going to make robot programming more accessible for everyone," said Ajaykumar. "We're excited that this software will help make robot personalization more feasible for not only trained users but users who are working with robots for the very first time."