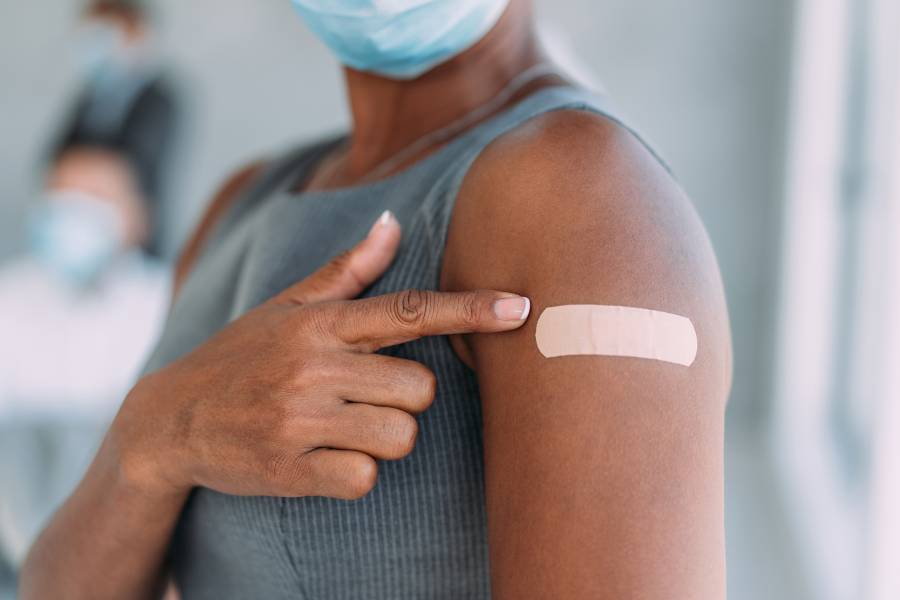 The legality of vaccine mandates

Impatient with the reluctance of millions of Americans to be fully vaccinated against COVID-19, President Biden on Sept. 9 ordered that businesses with more than 100 employees require workers to get the shot or test negative for the virus at least once a week. In late July, Biden issued a similar order for most federal workers.

Even before the president took these steps, questions were being raised about the legality, medical necessity, and political wisdom of vaccine mandates. Do labor unions have much say about such mandates? Does a 1905 ruling by the U.S. Supreme Court affirming mandatory vaccination still have teeth? And should employers worry that workers might walk off in significant numbers if forced to get the vaccine? To address some of these issues, the Hub talked with Stacey Lee, an associate professor of practice at the Johns Hopkins Carey Business School and an expert in business law, health law, and negotiation.

How much legal leeway do government departments and private businesses have when they try to tell their employees that they can't keep their jobs unless they've been vaccinated against COVID-19?

Private employers have considerable leeway. For example, absent a union contract, private businesses can require employees to be vaccinated as a condition of employment as long as they allow exemptions for medical reasons and seriously held religious beliefs. In other words, they can terminate employees who refuse to get vaccinated.

As of Sept. 9, President Biden has mounted his most aggressive effort to date to get more Americans vaccinated, using an approach that involves an emergency provision in the Occupational Safety and Health Act, threats to withhold federal funding from hospitals and other health care agencies, and his authority as chief executive of the federal work force.

The efforts by President Biden deftly avoid lingering legal ambiguity over a president's ability to force individuals to take certain health care actions. While the right of the government to impose vaccines mandates has been established since 1905 when the Supreme Court held that Cambridge, Massachusetts, could require all adults to be vaccinated against smallpox, recent cases, including the Supreme Court's ruling on the Affordable Care Act, raise the question of whether a president can simply order Americans to get vaccinated. The president's recent actions, however, appear to avoid this legal quagmire. Relying on the government's constitutional power to regulate commerce and the Occupational Safety and Health Administration's authority to issue emergency standards, the president can require companies to maintain safe workplaces through vaccination.

Is it easier for a private business to impose mask and vaccination mandates than for a government entity?

Absolutely. However, the government's authority to protect the health and safety of its citizenry is well-established. Government-issued vaccine mandates are legal and have been upheld by the courts both before and after the pandemic. I do not see that changing. A majority of states have imposed mask mandates throughout the pandemic. Yet, no state has issued a blanket vaccine mandate. This could be in large part due to the current political climate. As of July, more than 40 states introduced legislation restricting vaccine mandates.

What about employee groups that are represented by unions? Must a vaccination requirement be agreed to at the bargaining table, as with almost any other part of a labor contract? Or could employers unilaterally require it by claiming it as an emergency measure?

The question about unions is an interesting one. Can an employer unilaterally impose a mandatory vaccine policy? The answer is, it depends. A vaccine requirement is a change in employee working conditions that traditionally require unions to agree to the bargaining table. In other words, an employer could not unilaterally require vaccination as a requirement for continued employment. There are, however, exceptions. For example, suppose the union has agreed to waive its right to bargain over health and safety policies. In that case, an employer can unilaterally impose mask and vaccinate mandates without getting a union agreement. It is worth noting that these types of waivers are fairly common practice in many industrial settings.

Similarly, an employer can unilaterally impose a vaccine mandate if the employer can show that the union has waived the right to bargain over a particular topic through past practice. For example, suppose it is common for an employer to impose new health and safety work rules without bargaining with the union. In that case, that practice might allow the employer to implement a mandatory vaccination policy unilaterally. There are several pending lawsuits in which teamsters have challenged employer vaccine mandates. It will be interesting to see how courts interpret the scope of an employer's ability to impose these health requirements without union agreement.

You mentioned the 1905 Jacobson v. Massachusetts decision, in which the U.S. Supreme Court upheld the states' authority to enforce compulsory vaccination laws; the court reaffirmed that decision in a 1922 case. So, that decision still holds sway amid today's legal arguments over mask and vaccination mandates?

On the state level, yes, the Supreme Court's Jacobson holding is still good law. It is within a state's right to protect the public's health by requiring vaccines and masks. All 50 states and the District of Columbia require school-aged children to receive vaccines for measles, rubella, and polio. So, on a state level, the question of why there are no state mask and vaccine mandates is not a legal one but more of a political one.

I am in favor of employers resorting to carrot-and-stick measures to encourage people to get vaccinated. It is reasonable to require individuals absent a qualified exemption to bear a portion of the health care costs resulting from their refusal to get vaccinated. Delta Air's approach reminds me of the premium surcharge that tobacco users face in some companies if they fail to stop smoking, use tobacco-related products, or comply with reasonable alternatives like completing a smoking succession program.

In the case of Delta Air, the company says its approach is yielding results. In the two weeks since announcing the surcharge, Delta Air announced that one-fifth of its unvaccinated workers received the COVID-19 shot.

Americans are leaving jobs at record rates during the pandemic. Do employers face the possibility of losing even more workers who might leave their jobs because of the mandates?

In specific industries, yes. For example, for nursing homes and hospitals, whether or how to implement vaccine mandates is a major consideration. Only about 62% of nursing home and long-term care staff are fully or partially vaccinated. While a vaccine requirement could go a long way toward protecting residents and stopping outbreaks, many nursing home administrators believe it could also lead to a mass exodus of workers for other industries.

President Biden's announcement on Sept. 9 would require two-thirds of U.S. workers to get vaccinated. This could make it easier for employers to enforce vaccine requirements because workers would have fewer employment options. 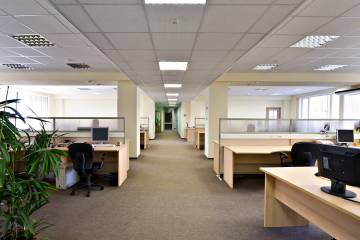 Looking ahead as many return to office work 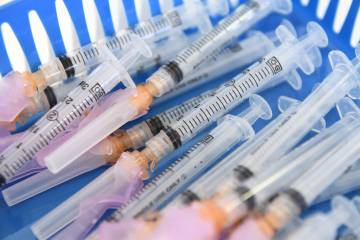 The bioethics of boosters