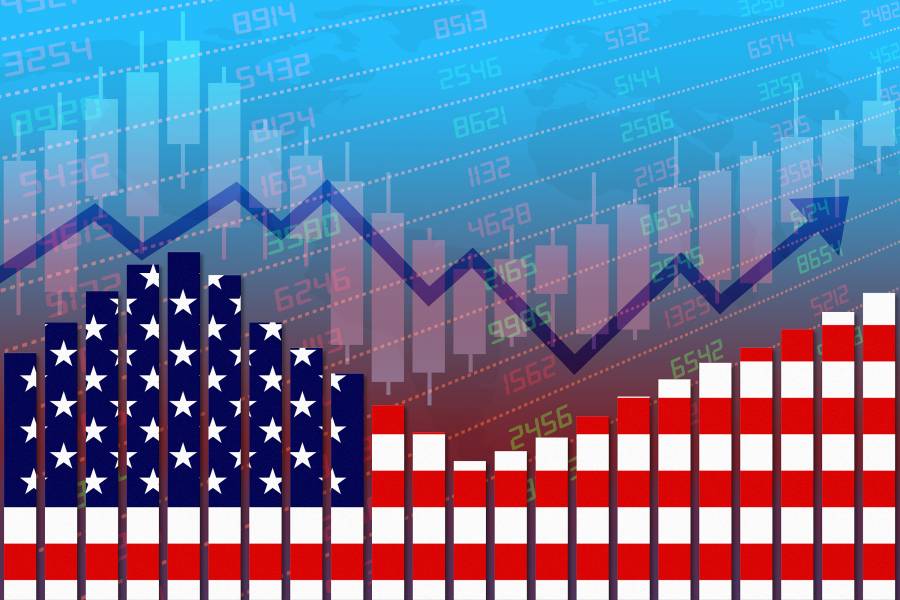 A closer look at the U.S. economic recovery and what comes next

Even as the U.S. Federal Reserve abruptly canceled plans for its annual in-person conference in Jackson Hole, Wyoming, due to rising coronavirus cases, Fed Chair Jerome Powell has been staunch in his opinion that the delta variant poses no substantial risk to U.S. economic recovery. During the now virtual event this weekend, the Fed is expected to announce rollbacks to financial and policy supports issued during the peak of the U.S. COVID-19 transmission, but the question still remains: How will the U.S. economy recover from a historic pandemic?

For insights, the Hub reached out to Johns Hopkins economist Jonathan Wright. An expert in econometrics, empirical macroeconomics, and empirical finance, Wright is also experienced in economic forecasting and analysis. The longtime university professor shared his thoughts about what the U.S. economic recovery might look like, what he'll be watching for, and what parts of the economy have already recovered—and might even be booming.

What are the economic challenges that have arisen this past year because of COVID-19?

The level of output (gross domestic product), which for the second quarter is back to where it was in 2019, is still below what we'd want it to be. Output is supposed to grow over time. And so there has been a period of a year and a half where there was no net growth, but worse than that, the level of employment is down by 7 million people. A lot of that is down to the labor force having shrunk—people aren't just not working, they're also not actively looking for a job. They may have retired earlier, for example. People are still afraid of getting sick, and that's driving them to stay out of the labor force. They have child care problems. And one other thing I think belongs on the list (though I wouldn't put it at top) is that the level of unemployment benefits might be discouraging some people from going back to work. The fact that the level of employment is still 7 million below where it was—including many people of so-called prime age, the 25-to-54-year-old group—that's still a big worry.

So, the reopening of the economy, perhaps not too surprisingly, has proved to be a slow and difficult process, even with all the stimulus in place. The recession ended in April 2020 as the economy has been growing since then, but the economy was in a very deep hole. The first part of the recovery was fast, but over the last year or so, has proceeded more gradually.

Last year there was a lot of talk about supply chain constraints causing economic problems. Are we still facing those?

Yes, we are still facing those as well. There are certain sectors with bottlenecks, semiconductors being one, and although it's not pervasive, there certainly are constraints which have affected some sectors like the automobile sector. International trade has been affected, so that would be another thing that's a part of restarting the economy that's running slowly. Supply chain constraints are causing inflation in some sectors. As a result, the Fed's preferred inflation measure is now running at 3.5%, which is above the long-run target. But firms are adapting to supply disruptions and will probably build more robust supply chains in the future.

The other thing is fiscal policy, which includes emergency spending and enhanced unemployment benefits. This has helped a great deal. It enabled people to maintain their spending when they otherwise would not have been able to. One person's spending is another person's income, and not having unemployment insurance is exactly the kind of thing that would have brought about a more intractable recession.

So fiscal policy has done a lot. Now, the question becomes, at what point does the fiscal policy, which is boosting demand, become too much? Becomes such that it just drives up prices because the productive capacity of the economy has been reached? I don't think we're there, but I think that's a legitimate question. Economists talk about the output gap, which is the difference between what the economy produces and what it is capable of producing. I think there is still an output gap—I think there are still unused resources. But a debate is appropriate about how far fiscal stimulus can go before it generates inflation. And by inflation, I'm not talking about temporary inflation to do with supply chain disruptions and that kind of thing, but a more persistent form of inflation.

"That is the worry that we should have in the back of our heads as the economy gets back to health—that the valuations of our financial assets are in some cases very hard to justify."

One unfortunate potential side effect of everything that's been done is that asset markets—stock prices, prices of corporate bonds, securities, housing prices—are now very frothy and expensive. I don't worry too much about seeing consumer prices going up in an unsustainable way. To the extent that that happens, the Fed will have the means to slow the economy and to bring inflation under control, and will much prefer to do this than to worry about an economy stuck at zero interest rates. But I think there are worries about asset prices, and to some extent that may be setting up problems down the road. Not that it would have been appropriate for monetary policy to do any less because of those concerns, but asset prices are extremely elevated. That is the worry that we should have in the back of our heads as the economy gets back to health—that the valuations of our financial assets are in some cases very hard to justify.

Are there sectors where we already have recovered, or are we, across the board, still recovering compared to 2019?

I think there are many sectors that have not only recovered but have boomed relative to 2019. Obviously IT would be a good example of that. In many ways, what the pandemic has done has been to accelerate into the space of 18 months a lot of changes and productivity growth that would otherwise have taken place over many years. But, of course, there are other sectors that are a long way off recovery—the obvious ones being hospitality and travel. It'll be a long time before they get back to where they were. So it's a very uneven recovery, and that uneven recovery is what I think drives the difficulty in getting people from old jobs into new jobs. Say you were working before in the airline industry, and that job has gone and is not coming back for several years, then finding an alternative match that works for the employer and employee is going to take time. On the bright side, the fact that the economy is producing about the same amount as it did at the end of 2019, but with far fewer workers, means that productivity per worker is up. Some of that higher productivity is likely to stay even as people get back to work. The pandemic has in a sense forced firms to find higher productivity solutions.

What do you look at as key indicators of economic health? What should we be watching for?

I'll be looking at the output of the economy, gross domestic product. That's actually the one, which as I say, seems to be in the best shape, although it's still only about where it was in 2019, which is far from ideal.

The other things that I would look at in particular would be the labor force participation rate. What fraction of people are working or looking for a job, particularly in the 25-to-54 age cohort, the prime age cohort. We know that the population is aging, so labor force participation is trending down very slowly as baby boomers are retiring. There's nothing worrisome or unexpected about that. But the decline in labor force participation among the middle age cohort, that's more worrisome. And I think that would be my single biggest indicator of economic health. The unemployment rate, while way down from its highs, is still a good way away from full employment. For now, although wages are up, they are up slower than inflation notwithstanding productivity growth. Wages rising faster than inflation with productivity continuing to rise would together be a sign of a very healthy recovery.

"The economy has learned to adapt, to live alongside the virus to some extent."

I think it's also important to look at measures of unemployment rate across different groups. In recessions, the unemployment rates of minorities rise faster, and that's been shown on this occasion again. So that's an indicator that I think is particularly important to see coming down as we move back toward full employment. And it's also important to keep an eye on inflation. Inflation is high, but there are good reasons to think that's a temporary problem and that inflation will come back down next year. But there is a risk that it does not, and if so that indicates more persistent inflation pressures that should not be dismissed as transitory special factors.

How do you expect the delta variant and rising breakthrough cases of coronavirus to affect economic recovery plans?

The news over the last month on the virus has been disappointing and means a slower recovery in employment and output than we had hoped for. It also means that stimulus is likely to stay in place a bit longer than seemed likely earlier in the summer. For example, the Fed seemed to be moving toward phasing out its asset purchases, and that may now come more slowly. The economy has learned to adapt, to live alongside the virus to some extent. It seems to me most likely that the delta variant will slow—but not derail—the recovery. But there are downside risks, and particularly in financial markets because they seem to be pricing a very optimistic outlook.

I think economists and policymakers learned a lot from the mistakes after the Great Recession. Too little was done to restart the economy, there was too much worry about government debt, too little worry about an economy running below capacity for a long time, and too much worry about inflation, which didn't exist. And policymakers and economists have certainly taken that lesson to heart. This time fiscal stimulus has been much larger, much faster, and monetary policy was extremely front-loaded and made clear that it was going to do what it takes. We were not obsessed with the debt-to-GDP ratio the way we were, mistakenly, in 2009 and 2010.