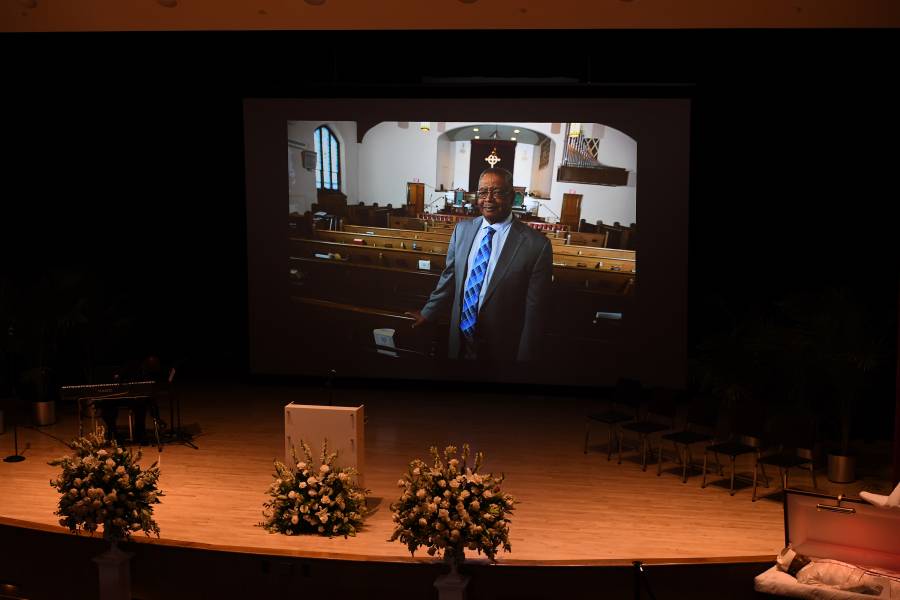 1970 Hopkins graduate was the founder of Koinonia Baptist Church in Baltimore and a tireless advocate for civil rights; university announces scholarship in his honor

The life, legacy, and contributions of Bishop Douglas Irving Miles were celebrated Thursday during a memorial service hosted by Johns Hopkins University, which was the religious and civic leader's alma mater. He died Aug. 3 at age 72.

"For 72 years, Bishop Miles rose up and built, from organizing Koinonia Baptist Church, his spiritual home here in Baltimore, to serving as a key leader, impresario, and inspiration of the [aptly] named coalition BUILD, amongst so many other efforts that have made it possible for more people to flourish and thrive," Daniels said. "And at every turn he called upon others to join the work ... and so we will. At Johns Hopkins, that means strengthening the hands of the next generation to do the good and urgent work of building a better future."

When Miles enrolled at Johns Hopkins on a pre-med track in 1966, he was one of only 14 African American students at the university. Activism as an undergraduate student called him instead to the ministry, prompting him to change his academic focus to humanistic studies. He went on to become a tireless advocate for civil rights and eventually, with his wife Rosanna, founded Koinonia Baptist Church in 1992. He was also co-chair of BUILD, short for Baltimoreans United in Leadership Development, and a critical strategic partner in several of the university's economic inclusion efforts within Baltimore.

In her remarks, Alicia Wilson, vice president for economic development at Johns Hopkins, described how Miles had been an early advocate for a program called CollegeBound that allowed her to pursue higher education and changed her life, setting her on a course to become a vice president at a prominent American university. She praised Miles for all he gave to her and to the 67,000 other CollegeBound students whose lives were affected by his service.

The ceremony, held in Shriver Hall on the university's Homewood campus, was attended by the Miles family, civic and political leaders, religious leaders, and members of Koinonia Baptist Church, among many others. In lieu of flowers, contributions may be made to the Bishop Douglas Miles Scholarship Fund.