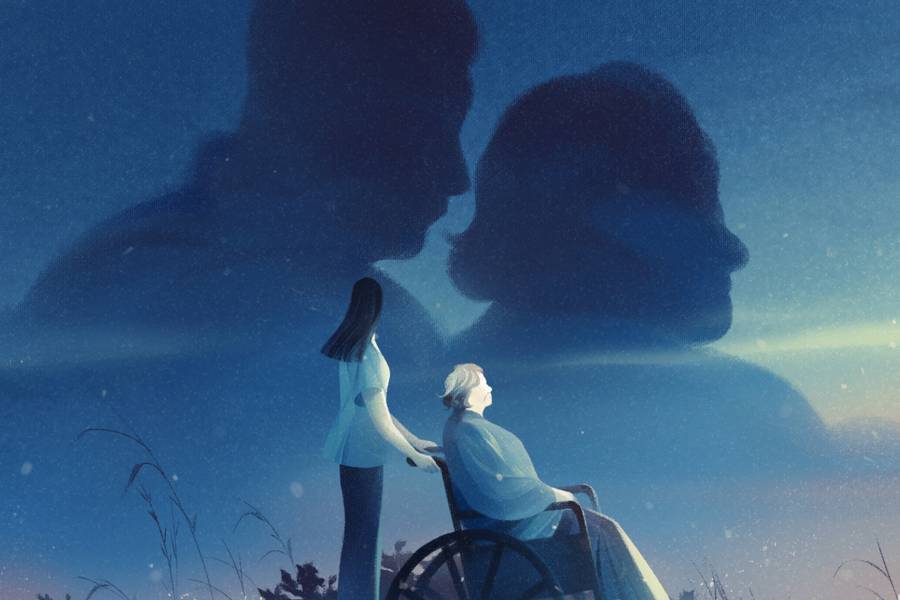 Family caregivers now encompass more than 1 in 5 Americans. For physicians, clinicians, nurses, and techs, the pressure to provide care to family members can be especially high.

As a child, Karen Swartz often heard her mother refer to herself as the family manager. "She taught us how to write, and famously said our teachers needed to have higher standards," recalls the Johns Hopkins psychiatrist.

Those efforts likely paid off. Swartz has been a faculty member at Johns Hopkins since 1997. Her sister is a lawyer; her brother, an advertising executive.

But when Swartz's mother was in her late 70s, she began to forget things. It would take another 10 years before she was formally diagnosed with dementia.

Since then, Swartz has been grappling with her role as a long-distance caregiver. She lives two and a half hours from her mother, just outside Princeton, New Jersey. Before the pandemic, Swartz visited her parents every few weeks. But since restrictions went into effect, Swartz catches up with her mother weekly, via Zoom visits that include Swartz's siblings and their 91-year-old father, who is "fully well." Both parents live at home and have a team of caregivers who work 12-hour shifts. Swartz has led the coordination of her mother's care, and is apprised about both parents' physical and mental health. But she wishes she had more time to visit in person.

According to the National Alliance for Caregiving and AARP's 2020 research report on caregiving in the U.S. the number of family caregivers in the country has increased to 9.5 million.

According to the National Alliance for Caregiving and AARP's 2020 research report on caregiving in the U.S.—updated every five years—the number of family caregivers in the country has increased to 9.5 million. Family caregivers now encompass more than 1 in 5 Americans. The average age of a family caregiver is 49, but nearly 10% are seniors themselves (over age 60).

Swartz, 56, is among a growing number of late-career school of medicine faculty members throughout the nation dealing with caregiving strain, according to a report by Johns Hopkins researchers.

The recent article, published in Human Resources for Health, by Johns Hopkins gerontologists Kimberly Skarupski and David Roth and geriatrician Samuel Durso, looked at the experience of 2,126 full-time faculty age 55 and older, at 14 U.S. medical schools.

Nearly a third of the nation's medical school faculty members are in that age group, says Skarupski, who is senior associate dean for faculty development. And nearly a fifth of them take care of elderly relatives. "But we know very little about their caregiving roles."

Skarupski and her colleagues found that 90% of faculty members reported emotional strain from their caregiving duties.

The study's authors express concern about projected physician shortages, which are likely to result in faculty members caring for more patients. "Add to that the anticipated rise in faculty caregiving responsibilities, and the future academic workforce is likely to experience high levels of stress," says Skarupski.

Like Swartz, Johns Hopkins hematologist and Sickle Cell Center Director Sophie Lanzkron has played a key role in managing the care of her parents. Her father, a Holocaust survivor and electrical engineer, managed modules for NASA space missions and created air traffic control systems. After retirement, he moved to Florida with his wife into a condo in Fort Lauderdale. They'd also purchased a condo in Baltimore, a block away from their daughter and her family.

Skarupski and her colleagues found that 90% of faculty members reported emotional strain from their caregiving duties.

But as Lanzkron's parents aged, their health began to decline. Lanzkron, 56, says her siblings pitched in, but, "as the only doctor in the family and oldest daughter," she says, "every decision falls on me."

One day in October 2019, Lanzkron's father was walking home from the synagogue by himself when he fell and broke his arm. He called his daughter from the emergency department. Her brother flew in from Boston to help during the crisis. Two months later, their father was in excruciating pain from his arm, and he required surgery. "It was terrible," recalls Lanzkron. "He survived—barely. The care was horrible; I ended up being his doctor."

Anxious about her father's condition, she arranged a Life Flight air ambulance and had her father transferred to Johns Hopkins Hospital. While on a stepdown unit, his health began to worsen. Lanzkron took him to his condo in Baltimore and hired a caregiver. "After six weeks, he got better," she says, "and in February, before the pandemic shut everything down, we were able to send him back to Florida."

Meanwhile, Lanzkron's 85-year-old mother, who has Alzheimer's disease, remained in the Florida condo with a full-time caregiver. Once Lanzkron's father recouped some strength, Lanzkron booked his flight to Florida, having arranged for her mother's caregiver to tend to him as well. Cognitively, he was "amazing," she says, but his physical health was plummeting. He died peacefully at his home in Florida on April 30, 2020. He was 91.

Since then, Lanzkron, who lives with her husband, a nephrologist, and who has two sons in their 20s, checks in with her mother and caregiver regularly by phone. "I've been taking care of the estate and bills, some of which hadn't been paid in months. It's overwhelming." She is grateful to her husband for his constant moral support, as well as to a Johns Hopkins University lunch and learn event about available resources and guidance on elder care.

In the national study, faculty caregivers who reported a lot of strain were nearly twice as likely to report depression as caregivers who reported only some strain, says gerontologist David Roth, who directs Johns Hopkins' Center on Aging and Health. He notes that 50 years ago, working mothers began advocating for flexible schedules, child care, and day care resources. "We need similar support for employees who have parents in their 80s and 90s," he says.

In 2013, Skarupski learned from the Association of American Medical Colleges that a large proportion of their faculty development work focused on early career faculty members, including caregiving time and support for their young children. "But little is known about support for more senior faculty caring for elderly parents."

'We are all aging'

Caregiving for elders is increasing, along with life expectancy. According to the Centers for Disease Control and Prevention, life expectancy for the total U.S. population has grown from 70.8 in 1971 to 77.8 in 2020.

The researchers found that caregiver burnout is becoming more common. "That's because we are all aging and have increased caregiving needs but inadequate caregiving resources," says Skarupski.

For Karen Swartz, talking to colleagues dealing with similar circumstances and weighing options regarding the practicalities of care has been "very helpful."

"Nothing prepares you for caring for a geriatric parent," she says. "When physicians are asked by family members what would be a better plan or facility necessary for medical care, they have a higher expectation for us to do the right thing for our parents." 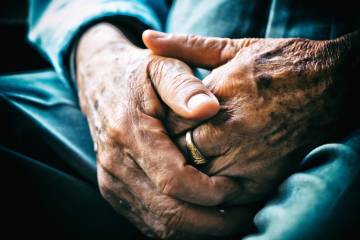 The impact of COVID-19 on older adults

Published May 5, 2020
COVID-19 poses a risk not only to the health of older adults who contract the disease but also to those without the health care resources and social structures that contribute to overall wellness 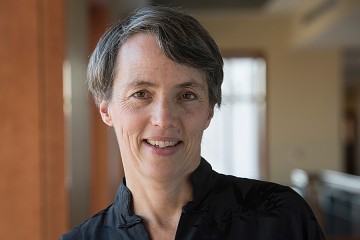 Sarah Szanton recognized for her aging in place intervention

Published Jan 22, 2018
More about Szanton's honor, and other news from the School of Nursing