Alphabetic writing may have begun 500 years earlier than believed

Inside one archaeologist's mission to rewrite the history of writing 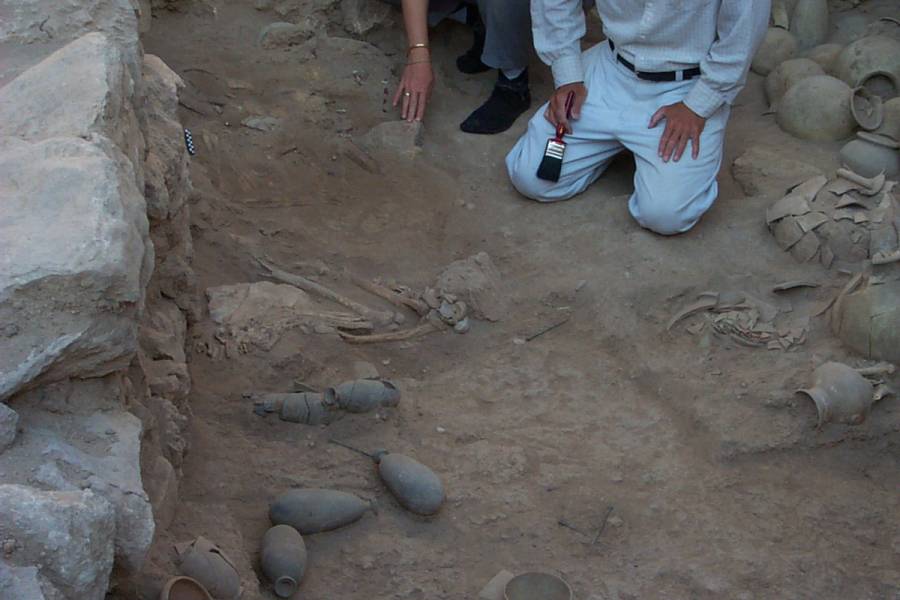 In 2010, archaeologist Glenn Schwartz quietly suggested that the history of writing needs, well, rewriting. More than a decade later, he still thinks he's on to something. If he's right, the world's first fully developed alphabetic writing arrived on the scene some 500 years earlier than what archaeologists have long believed.

The generally accepted origin story of the alphabet as we know it holds that in 1800 BCE, Semitic speakers in Egypt, aware of the Egyptian writing system's mix of characters that stood for words and symbols that stood for sounds, wanted a system of their own and borrowed the Egyptians' alphabetic portion. Semitic languages are the predecessors of most of today's Middle Eastern languages.

However, during a 2004 dig at the ancient city of Umm el-Marra, located in today's northwestern Syria, Schwartz and his team unearthed four small clay objects that appeared to contain—after much close inspection—alphabetic writing. One reason for such scrutiny was that the objects were found in one of the site's Early Bronze Age layers, dating to 2300 BCE—500 years before such writing was known. 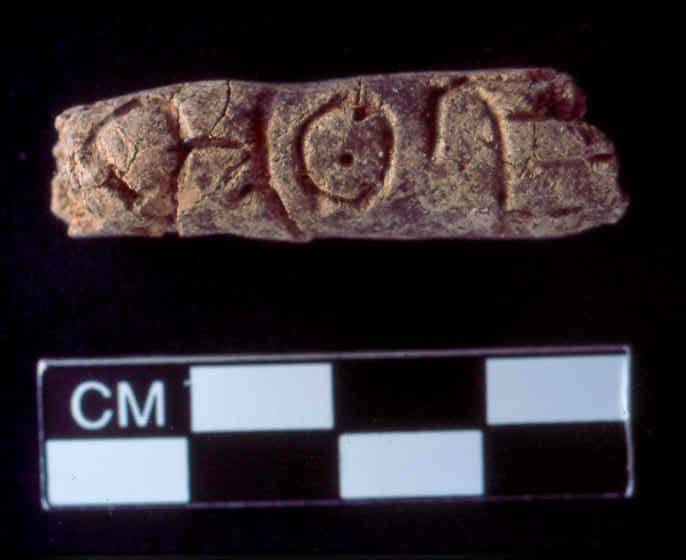 Image caption: Clay objects roughly the size of fingers were discovered during a dig at the ancient city of Umm el-Marra. The engraved symbols may be part of the earliest known alphabet.

Writing is not Schwartz's area of specialization—he focuses on the development of complex civilization, or urban societies, through analysis of their physical remains. But writing is one component of those developments, so he included an illustration of the objects and the writing in a 2006 preliminary report about the excavation. At the site, his team had discovered large tombs belonging to members of the area's ruling families, which made them significant, as well as separate tombs for the mules of the day—before the domestication of the horse—marking the first time these high-ranking animals had been identified archaeologically.

"The earlier systems of writing were extremely difficult to learn," says Schwartz, the Whiting Professor of Archaeology in the Department of Near Eastern Studies. "There were thousands of symbols used in very complicated ways, which meant that only a very small group of people could ever learn how to write or read. With the invention of the alphabet, it meant that a much larger number of people could, in theory, learn how to read and write. And so it ultimately led to the democratization of writing. And of course it is the system that all Western European writing systems used because Greeks, who borrowed the Semitic alphabetic system, then used it to write their own language."

When philologists—scholars who do specialize in writing and language—didn't jump on the find, Schwartz continued with his main research. But he also continued to wonder about the writing, and he asked Alice Mandell, an assistant professor in the same department and the William Foxwell Albright Chair in Biblical and Ancient Near Eastern Studies, who studies early Semitic writing, for her opinion. Mandell confirmed the markings could indeed be writing, and helped Schwartz prepare a paper for a 2019 conference on early writing. In January, Schwartz's conference paper appeared in the Italian journal Pasiphae, but again made few waves. 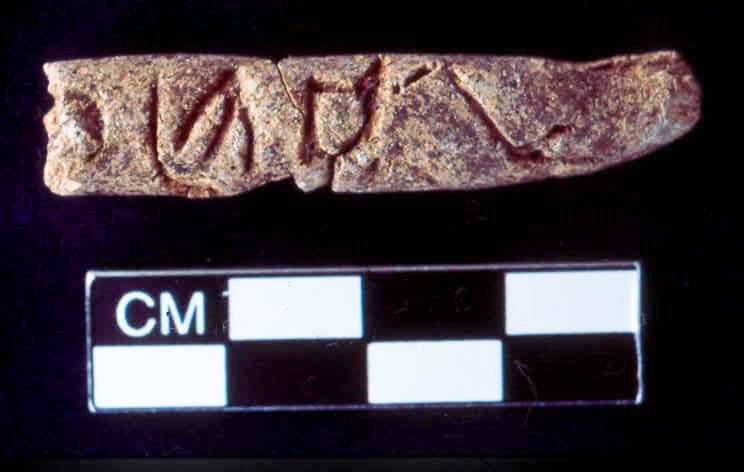 Still hoping to expose his finds to a wider audience, Schwartz got in touch with former graduate student Christopher Rollston, MA '96, PhD '99, now professor of northwest Semitic languages and literatures at George Washington University, and asked if he would include a brief mention of the objects and their markings on his blog, Rollston Epigraphy: Ancient Inscriptions from the Levantine World. Instead, Rollston posted a detailed discussion, concluding that the inscriptions appear to be "game changers."

"The importance of these cylinders is adding new information and a major change in our understanding of how the alphabet was invented. When it was invented, where it was invented, and why it was invented," Schwartz says. What are these objects, and what does the writing say? For an archaeologist, such information takes a back seat to the possible impact of the shifted timeframe. But Schwartz does have a few theories. The objects, which he describes as cylinders, are clay tubes about the size and shape of a little finger—like elongated beads. Because of their shape, and because they were found near pottery vessels inside the tomb, he suspects they might have served as tags that could be strung on the vessels to identify something about them, whether their contents, their owner, or their origin or destination. If that is the case, he speculates that the writing could denote names, or descriptions of property.

Schwartz suspects the reaction has been muted because the whole concept of earlier examples of Semitic writing stands in such contrast to accepted theory. "It seems like such an outlier," he says. "All the other evidence favors Semitic speakers in Egypt in the Middle Bronze Age. So to have Syria and the Early Bronze Age, it's just so wacky that they can't believe it."

Schwartz himself was highly skeptical at first, questioning whether the writing was truly alphabetic. But it is clearly not cuneiform, the known writing of the period. And while it bears some resemblance to Egyptian hieroglyphs, he says it bears far more resemblance to alphabetic Semitic. He also considered whether the objects could have appeared in the tomb from a later time period, but everything else there is easily dateable to the Early Bronze Age, he says. While it's certainly not a definitive case for a rewriting of the history, Schwartz think it's one worth serious investigation.

And if it's true, it tells us that the time, place, and purpose of the earliest version of our alphabet are not what we thought. "If these are alphabetic inscriptions, maybe they were used for all sorts of things," Schwartz says. "But in the only examples that we have, they're not used to write letters, they're not used to write religious texts, they're not inscriptions about the great deeds of kings, as far as we know. It seemed to be used for a much more everyday purpose, an administrative purpose, identifying the nature of goods." 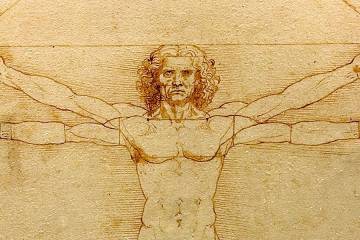 A perfect symmetry of science and the humanities

Published May 17, 2021
Since launching in 2015, the major in medicine, science, and the humanities has allowed students the freedom to design meaningful, challenging courses of study 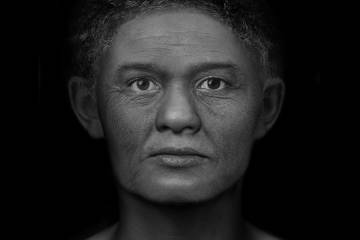 Faces from long ago