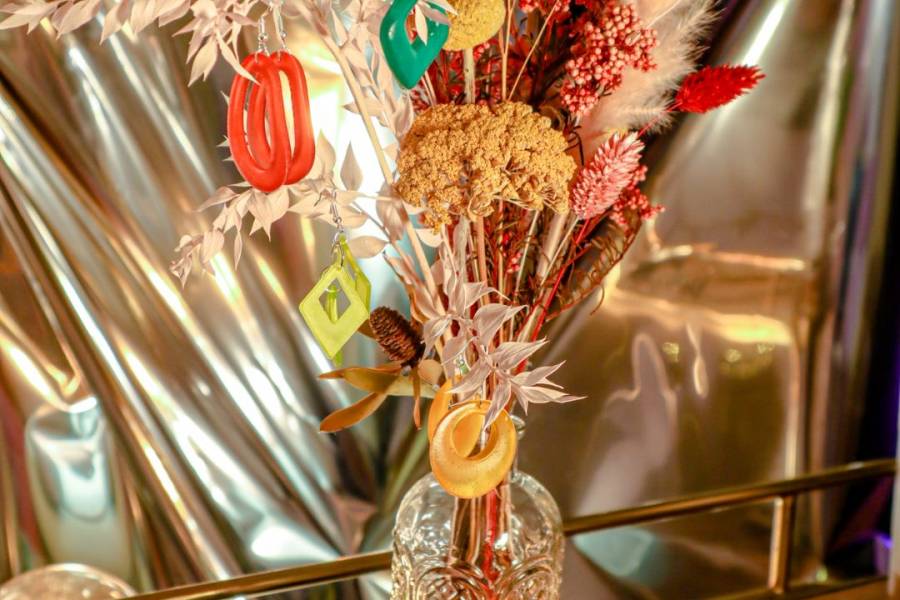 Graduates Mecca McDonald and Mia Dunn have launched Mo.Na. Gems, a jewelry store selling biodegradable earrings and necklaces of their own design

When Mecca McDonald and Mia Dunn began selling biodegradable earrings from their shop Mo.Na. Gems, they envisioned the venture as a fun side hustle, a way to reconnect with a childhood love of making friendship bracelets. But just a year later, with thousands of dollars of sales and $20,000 in funding under their belt, the two are moving to New York City together in the hopes of turning Mo.Na. Gems into a full-time career. 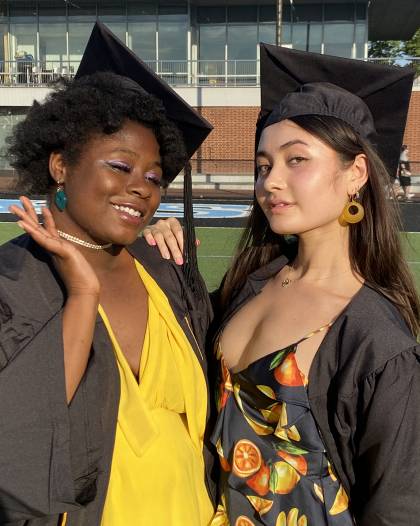 The hope is that the venture will not only change their lives but the world of fashion and sustainability, as well.

McDonald, who graduated this spring with a degree in psychology, said the idea for Mo.Na. Gems was a result of boredom in the early pandemic shutdown. She was spending more time browsing online and had begun to notice that a number of people had started creating resin art. Soon she began to wonder whether there was a biodegradable alternative to these resin jewelry pieces.

McDonald then reached out to a friend and fellow 2021 graduate Mia Dunn, whose background in chemical engineering and art was the perfect fit for the concept.

"We mostly knew each other through a mutual friend," McDonald said. "But she had the science skills and the creative vision to pull this off. She understands creativity, science, and the art of aesthetics."

While the pair found several chemical recipes for biodegradable resins online, McDonald said she didn't think any of them fit their needs. They would have to create their own chemical formula, practically from scratch.

"Sustainability has a certain look, and it's not necessarily aesthetically appealing," McDonald said. "So our goal was to make something that was sustainable but also appealing, cool, trendy, and modern."

They settled on a starch-based bioplastic that creates beautiful pieces out of their molds but will also degrade when discarded and exposed to microorganisms. If buried, Dunn estimates their pieces will biodegrade within four months. 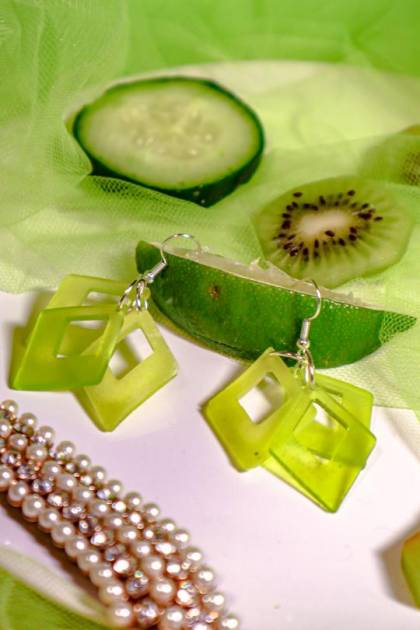 "Compared to a resin-based plastic, these are going to leave a much smaller environmental footprint," Dunn said. "We're starting with necklaces, but we hope to expand to other products to reduce waste not only in the fashion industry but in other industries as well."

After settling on a formula and producing their first test batches, Dunn and McDonald joined Johns Hopkins' startup accelerator program FastForward U. With the aid of fellow alumni entrepreneurs, they launched their online store and began increasing the number of designs offered on the site. Soon, they contacted doubledutch Boutique in Baltimore and began selling pieces in person as well. Dunn and McDonald have sold about 250 pieces so far, and are looking to ramp up production in the near future.

This spring, Mo.Na. Gems won $20,000 in funding at FFU's Demo Day. McDonald said this recognition has really opened their eyes to the potential for Mo.Na. Gems to be more than just a side hustle. The pair are currently looking for potential manufacturers so that they can outsource production of the earrings. They also plan to spend the new funding on upgrading their packaging and improving their molding process.

"FFU made us realize that Mo.Na. could be something more than a small business, it can be something bigger," Dunn said. "This grant funding is such a great opportunity because a lot of entrepreneurs have to tap into their own personal savings to start something like this, but we have the luxury of being able to use Hopkins' money to grow our venture."

In the long term, Dunn and McDonald hope to expand the number of stores where Mo.Na. Gems are sold, aiming for large chain retailers like Anthropologie. They also want to expand beyond earrings and jewelry to create phone cases and lifestyle products.

"There's no brand just for sustainability," McDonald said. "You have Nike for athletics and Apple for sophisticated tech people. There's so many niche brands for different personality types, and it would be great if Mo.Na. became that brand for art, fashion, and sustainability." 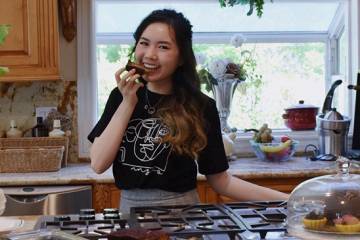