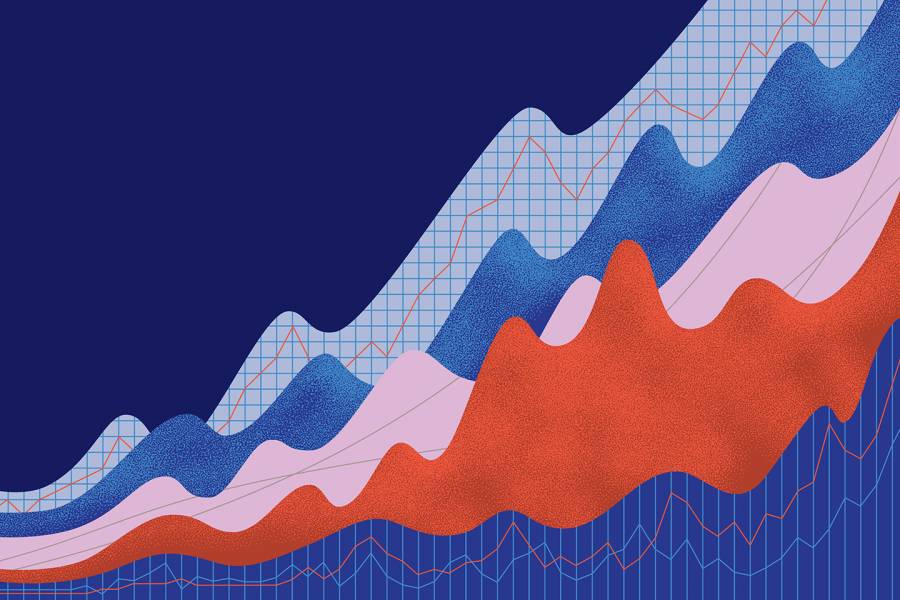 Last fall and winter saw a surge in COVID-19 cases in the U.S. after numbers dropped in the summer. Will that happen again this year?

Justin Lessler, an infectious disease epidemiologist at the Johns Hopkins Bloomberg School of Public Health, worked with several teams of modelers to explore possibilities based on different vaccination rates and levels of other controls, such as mask wearing and distancing. In this Q&A, Lessler discusses several different scenarios—and the troubling element that the models didn't consider. The conversation is adapted from a June 4 episode of the Public Health On Call podcast, with Joshua Sharfstein, vice dean for public health practice and community engagement, and director of the Bloomberg American Health Initiative.

You've spent a lot of your time in the last year working on models to understand the spread of the virus, and you have recently worked with a group of modelers to look to the future from where we are today. Can you tell us about this work?

This is a multimodeling effort we call the COVID-19 Scenario Modeling Hub. We wanted to bring in teams with different perspectives and different assumptions to try to get the best sense across the scientific community of how things might proceed in different conditions. This is how we do weather forecasting, and we think it's the right way to do infectious diseases as well.

What is the difference between scenario modeling and forecasting, and how that is applicable to this model that you build for the future?

In forecasting, we're really trying to say what will happen. For a lot of reasons, we can only do that for a little bit into the future, kind of like in weather forecasting, where you can have a decent 10-day or maybe 14-day forecast, but you really can't go much further than that. The COVID-19 Forecast Hub, another multimodeling effort, realizes that and limits its forecasts to four weeks into the future.

But people who are planning for, say, how long we will need to support people who are put out of work by the pandemic, or what the impacts might be of lots of vaccination hesitancy—they need to know how things might unfold in longer timeframes of three months, six months, or maybe even longer. And then we get into the realm of what I call planning scenarios. We specify some conditions about how things might unfold based on our best understanding of the world now, and then, under multiple scenarios where things unfold in slightly different ways, project how the epidemic might unfold. But we're perfectly upfront and clear that changes in policy, changes in how people react, or unexpected new variants of the disease could completely change these, so we don't claim them to be forecasts.

What scenarios were you looking at?

We looked at a 2-by-2 table of scenarios, where one dimension was all about vaccination. While in previous rounds the questions around vaccination were often about supply, now they're about hesitancy and demand. So one scenario [assumes that] demand is going to be high—most people who say they might get the vaccine eventually get it, and we get up to around 83% of the eligible population being vaccinated at a national level. In the low-vaccination or high-hesitancy scenario, we assume that just under 70% of the eligible population actually gets vaccinated.

The other dimension was control measures other than vaccination. We call them nonpharmaceutical interventions, or NPIs. This is the suite of basically everything else: mask wearing, both mandated and by individual choice; restaurant capacity rules; and even personal decisions about whether to go out and do activities as before the pandemic occurred.

So these teams looked at four different scenarios: high vaccination plus a reasonable amount of NPIs, all the way down to low vaccination and not a lot of mask wearing or other types of restrictions.

But if we have low vaccination and quickly roll back the NPIs, then we start seeing resurgences in the fall. That's one of the places the models start having the most variation between them, with some thinking things could get really bad quite quickly, and others thinking things will be relatively good but still seeing moderate increases in cases.

In scenarios where there aren't as many people as we'd like to see vaccinated, and people give up their mask and other things, what are we looking at for the fall in terms of deaths?

Just to give you a sense of where we are now, we're seeing around 4,000 incident deaths per week. In the most optimistic scenario, by the end of October that gets down to under 70.

70 deaths for the whole country, per week?

Even in the scenarios with low vaccination and moderate amounts of NPIs, or low NPIs and high vaccination, you see fewer than 300 deaths—but that's still two or three times more than you see in the most optimistic scenario. Basically, if you succeed on any one of the axes, things start looking a lot better than they do now. But if you fail on both, or don't get where you want to in both, the pandemic continues.

How possible is it that we see more than one of these scenarios in different parts of the country?

It's completely possible. The teams were free to take this national average of 70% overall vaccination rate and apportion that between states based on what we've seen so far in terms of vaccination. When you look at that, plus the number of cases the states have seen already, numbers stay low in some states—like New Jersey, which had a lot of cases and has a pretty good vaccination rate also—even in the worst-case scenario. But then if you look at places like Maine, which hasn't had a lot of cases in the past, you see some pretty significant resurgences in the most pessimistic scenario. But it is certainly the case that the whole country isn't necessarily going to follow any one of these.

In pretty much all of these different scenarios we see a big decline over the summer. But in some of the scenarios, it really goes up quite a bit in the fall.

So, I see the summer as a critical time for the vaccination campaign. We may be lulled into a sense of security by having so few cases, but if we're not doing everything possible to get people vaccinated in that period, we could be paying for it in the fall. Do you think that's a fair conclusion?

I think that's completely fair. Even though we had last year some localized surges, for the most part nationally we were in pretty good shape over the summer. And then as soon as fall and winter hit, numbers started really going up again. We need to keep that in mind as we think about this year and keep those vaccinations coming.

Also, all these scenarios are a little bit optimistic in one way: They don't account for a more-transmissible variant or a variant with partial immune escape coming along, which could put us in an even worse position. I think the best way to ensure against that is to keep the vaccination rates high over the summer—and as new populations become approved to get the vaccine, make sure we get it out into those groups—so that we have the immunity to protect us from the unexpected in the future.

Update: On June 15, the COVID-19 Scenario Modeling Hub released its sixth round of projections. Key takeaways include:

This article originally appeared in the Expert Insights blog of the Bloomberg School of Public Health.