Smita Ruzicka, who joined Johns Hopkins as dean of student life in 2018, has been named vice president for student affairs for Middlebury College. Her last day at Johns Hopkins will be July 16.

Since her arrival at Hopkins, Ruzicka has demonstrated her deep knowledge of student engagement, crisis response, and collaborative problem solving. Under her leadership, the Homewood campus has seen a notable improvement in how student organizations are structured, supported, and financed, as well as with how student leaders interface with campus leadership. Ruzicka has been a fierce advocate of developing robust, inclusive programming (and virtual offerings during the pandemic) and a supporter of new collective traditions such as Blue Jay Tuesdays and Hop-a-Palooza. 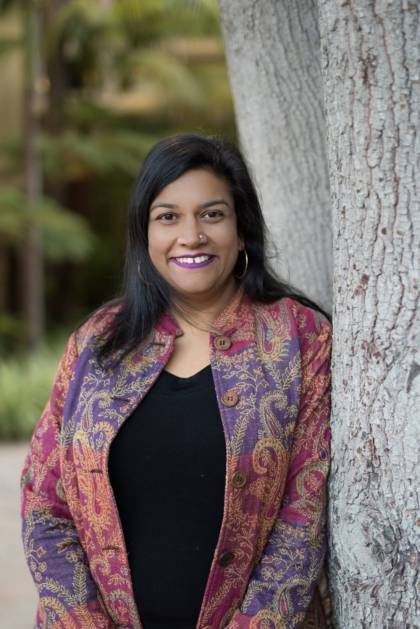 Ruzicka played a pivotal role in the expansion of Student Outreach & Support to include dedicated resources for first-generation, low-income students and students navigating the leave process. Additionally, she stood up multiple COVID-19–related protocols and processes to ensure students in Baltimore and beyond had support if affected by the pandemic. As a seasoned diversity, equity, and inclusion practitioner, Ruzicka championed large-scale initiatives such as the Race Matters Series and the Black and Latinx Student Experience working group, while also leveraging and supporting student organization coalitions to respond to the calls for change on Hopkins campuses and beyond.

A visible member of the campus community, Ruzicka and her family shared many meals with students in the dining halls, and during the pandemic she went door-to-door with finals treats for residents isolated in the halls. She was even known to host her own student celebrations, including Diwali dinners at her home and a Mardi Gras party.

"Smita has truly embodied what it means to be a Blue Jay and will be sorely missed," wrote Alanna Shanahan, vice provost for student affairs, in a message announcing Ruzicka's departure.