Entrepreneur, philanthropist, three-term mayor of New York City, and Johns Hopkins University graduate Michael R. Bloomberg will return to campus to address the Class of 2021 at Commencement on May 27 at Homewood Field.

Over the past 56 years, Bloomberg's unparalleled support for Johns Hopkins has immeasurably enhanced everything from the undergraduate experience, to campus infrastructure, to the possibility for scientific discovery, all in the name of ensuring that more young people from all backgrounds have access to higher education, making the world safer and healthier, and deepening the global reputation of his alma mater. During the Class of 2021's time at Johns Hopkins, Bloomberg made a historic $1.8 billion gift entirely for financial aid, allowing the university to permanently offer need-blind admissions and eliminate the need for student loans. Approximately 60% of the graduating class received financial aid supported by Bloomberg Philanthropies.

This will be Bloomberg's third time offering the university's Commencement speech, and the first since 2010.

"We are truly fortunate to have Mike address his fellow Johns Hopkins graduates in this extraordinary year," Johns Hopkins University President Ronald J. Daniels said. "The pandemic has called upon everyone to rise to historic challenges and face together the biggest public health crisis of our times, and we could not ask for a better speaker for this moment. A visionary entrepreneur, public servant, and philanthropist, Mike has devoted his life to harnessing the power of data to shape policy and save lives—whether he is helping make cities smarter, combating climate change and advocating for violence reduction, or sustaining the Johns Hopkins Coronavirus Resource Center during the COVID-19 crisis. And through his transformative and visionary philanthropy, he has ensured that the best and brightest minds from all backgrounds are able to take their place in classrooms, laboratories, and boardrooms around the globe. Mike is a doer who embraces big ideas and then brings them to life. In this, he embodies the essence of his alma mater."

"Johns Hopkins holds a special place in my heart, so it's an honor to come back to Homewood and address the Class of 2021," Bloomberg said. "I'll always be grateful that Hopkins took a chance on me, and I always love coming back to campus and talking with students and faculty. This year's graduates have overcome some incredibly tough challenges, and I'm looking forward to being part of their big day of celebration."

Bloomberg's innovations in business, government, and philanthropy have made him a global leader on climate change, public health, education, and other critical issues facing America and the world. The founder of Bloomberg LP and Bloomberg Philanthropies, Bloomberg serves as World Health Organization Global Ambassador for Noncommunicable Diseases and Injuries, and the United Nations Secretary-General's Special Envoy for Climate Ambition and Solutions.

Born in Boston and raised in Medford, Massachusetts, he earned a BS in electrical engineering from Johns Hopkins University, graduating in 1964. His first donation to the university, $5, came in 1965. Since then, Bloomberg has become the largest donor in the 145-year history of the Johns Hopkins institutions with his total giving to the university now exceeding $3.5 billion.

"The pandemic has called upon everyone to rise to historic challenges and face together the biggest public health crisis of our times, and we could not ask for a better speaker for this moment. ... Mike is a doer who embraces big ideas and then brings them to life. In this, he embodies the essence of his alma mater."
Ronald J. Daniels
President, Johns Hopkins University

Bloomberg served as chair of the board of trustees from 1996 to 2002, and in 2001, the School of Hygiene and Public Health was renamed the Bloomberg School of Public Health in recognition of his support and dedication to public health issues. A $350 million gift in 2013 dedicated $250 million to establish the Bloomberg Distinguished Professorships to recruit faculty and encourage collaboration on key scientific questions across interdisciplinary borders. A $300 million gift in 2016 established the Bloomberg American Health Initiative at the Bloomberg School to target such major domestic health issues as addiction, gun violence, obesity, adolescent health, and environmental threats.

His $1.8 billion gift in 2018, the largest in the history of U.S. higher education, has ensured that talented students can have the opportunity to attend Johns Hopkins regardless of their financial status. "America is at its best when we reward people based on the quality of their work, not the size of their pocketbook," Bloomberg wrote then in The New York Times.

This week, Johns Hopkins and Bloomberg Philanthropies announced the establishment of the Vivien Thomas Scholars Initiative, a $150 million effort to increase diversity in science, technology, engineering, and math PhD programs at the university and to address long-standing underrepresentation at the leadership levels of those disciplines.

Bloomberg's lifetime giving to Johns Hopkins has enabled other capital projects, including the Bloomberg Center for Physics and Astronomy, established avenues for undergraduate and graduate financial aid, and has supported countless programs and research.

In 1981 Bloomberg founded Bloomberg L.P., the information technology start-up that revolutionized the investment industry and leveled the playing field for smaller firms. The company has grown from a one-room office into a global organization that employs some 20,000 people in 120 countries. The vast majority of the company's profits are given through Bloomberg Philanthropies, which employs a data-driven approach to its five main focus areas: the arts, education, the environment, public health, and government innovation.

Just weeks after the September 11, 2001, attacks, Bloomberg was elected mayor of New York City, and, under his leadership, New York City rebounded faster and stronger than expected. He served as mayor for three terms.

Bloomberg has continued to be one of America's most fearless and effective voices on urgent national and international issues including climate change and gun violence. The gun safety group he helped found, Everytown for Gun Safety, now has more than 6 million supporters and is the largest coalition of Americans fighting for common-sense gun laws. His partnership with the Sierra Club has retired more than 60% of the nation's coal-fired power plants, moving the country toward cleaner, cheaper energy.

The Commencement ceremony will be held in-person for undergraduate seniors and take place at 7:30 p.m. at Homewood Field on the university's Homewood campus. To provide the safest experience for the participating graduates, the event will not be open to the public, but will be livestreamed. 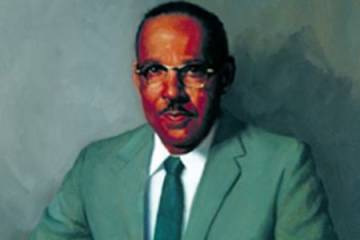