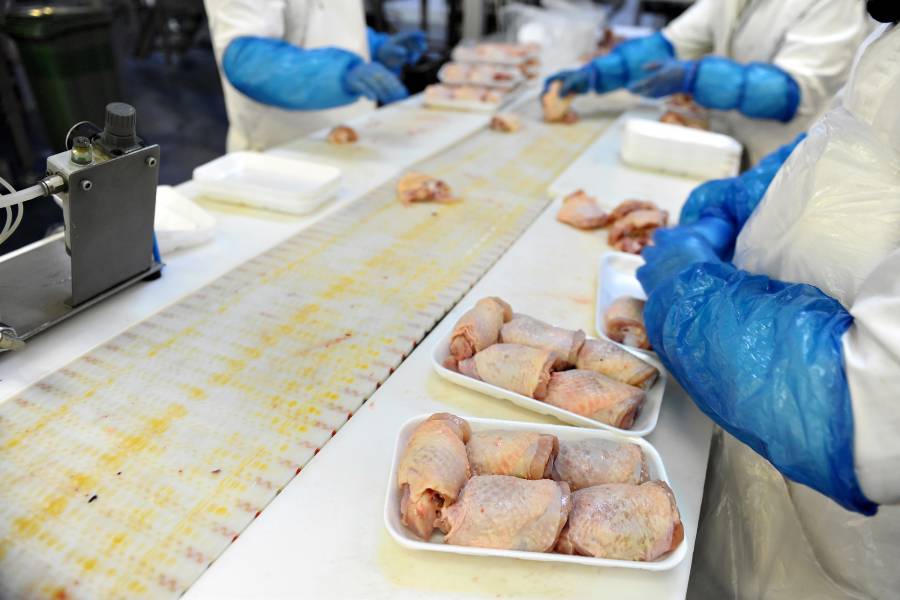 Meat that is certified organic by the U.S. Department of Agriculture is less likely to be contaminated with bacteria that can sicken people, including dangerous, multidrug-resistant organisms, compared to conventionally produced meat, according to a study from researchers at the Johns Hopkins Bloomberg School of Public Health.

The findings highlight the risk for consumers to contract foodborne illness—contaminated animal products that sicken tens of millions of people in the U.S. each year—and the prevalence of multidrug-resistant organisms that, when they lead to illness, can complicate treatment.

The researchers found that, compared to conventionally processed meats, organic-certified meats were 56% less likely to be contaminated with multidrug-resistant bacteria. The study was based on nationwide testing of meats from 2012 to 2017 as part of the U.S. National Antimicrobial Resistance Monitoring System, or NARMS.

"As a veterinarian, I recognize that we sometimes need to use antibiotics to treat sick animals, but taking advantage of opportunities to reduce antibiotics use could benefit everyone."
Meghan Davis
Associate professor, Department of Environmental Health and Engineering

In order for meat to be certified organic by the USDA, animals can never have been administered antibiotics or hormones, and animal feed and forage such as grass and hay must be 100% organic. A longstanding concern about antibiotic use in livestock and livestock feed is the increased prevalence of antibiotic-resistant pathogens. To monitor this trend, in 1996 the federal government developed NARMS to track antibiotic resistance in bacteria isolated from retail meats, farmed animals, and patients with foodborne illness in the U.S.

The study covered a total of 39,348 meat samples, of which 1,422 were found to be contaminated with at least one multidrug-resistant organism. The rate of contamination was 4% in the conventionally produced meat samples and just under 1% in those that were produced organically.

The study was published today in Environmental Health Perspectives.

"The presence of pathogenic bacteria is worrisome in and of itself, considering the possible increased risk of contracting foodborne illness," says senior author Meghan Davis, associate professor in the Department of Environmental Health and Engineering at the Bloomberg School. "If infections turn out to be multidrug resistant, they can be more deadly and more costly to treat."

"The required disinfection of equipment between processing batches of organic and conventional meats may explain our findings of reduced bacterial contamination on products from facilities that process both types of meats," says Davis.

The authors believe their findings have relevance for regulatory agencies and consumers. "How we raise animals matters," says Davis. "As a veterinarian, I recognize that we sometimes need to use antibiotics to treat sick animals, but taking advantage of opportunities to reduce antibiotics use could benefit everyone. Consumer choice and regulatory oversight are two strategies to do this."

First author Gabriel Innes led the study while completing his PhD at the Bloomberg School, where he was a Center for a Livable Future-Lerner Fellow. 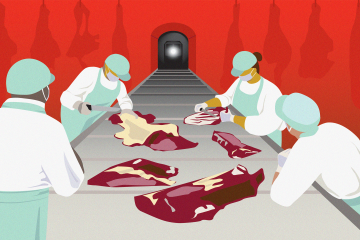 Published July 27, 2020
Like health care workers, those on the front lines of U.S. meat production are at high risk during the pandemic. The dangers don't stop at the novel coronavirus. 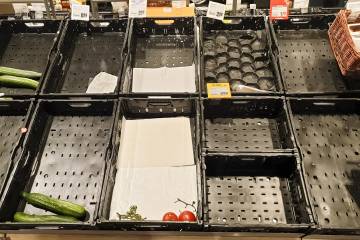