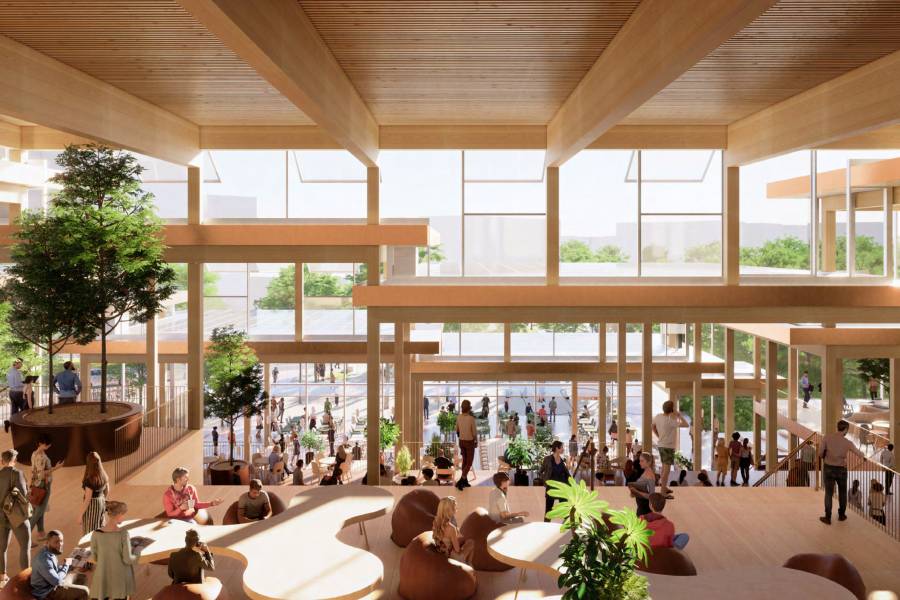 University community will have opportunities to bid farewell to Mattin Center, Whitehead Hall this spring; Hopkins student programs and services to be temporarily or permanently relocated as project progresses

Johns Hopkins University's plans for a new, modern, and spacious student center continue to gain momentum, including near-term plans to remove two campus buildings to make way for the future Hopkins Student Center at Homewood and to relocate the creative spaces, student services, and academic programs currently located there.

The new student center, designed by Bjarke Ingels Group, will meet the evolving needs of the Hopkins student body, including a long-standing desire for larger performance and gathering spaces. Within a sprawling, multitiered interior comprising approximately 150,000 square feet, the student center will also include spaces for co-curricular arts programs, student resources and support services, a student engagement hub, several flexible multipurpose spaces designed for use by JHU's more than 400 student organizations, and a variety of dining options. The building is expected to open in fall 2024.

The HSC will be situated at a campus crossroads, providing a welcoming, vibrant entry point along N. Charles Street at the east edge of campus. Two buildings that currently occupy that space—Mattin Center and Whitehead Hall—will be retired and removed beginning later this spring. 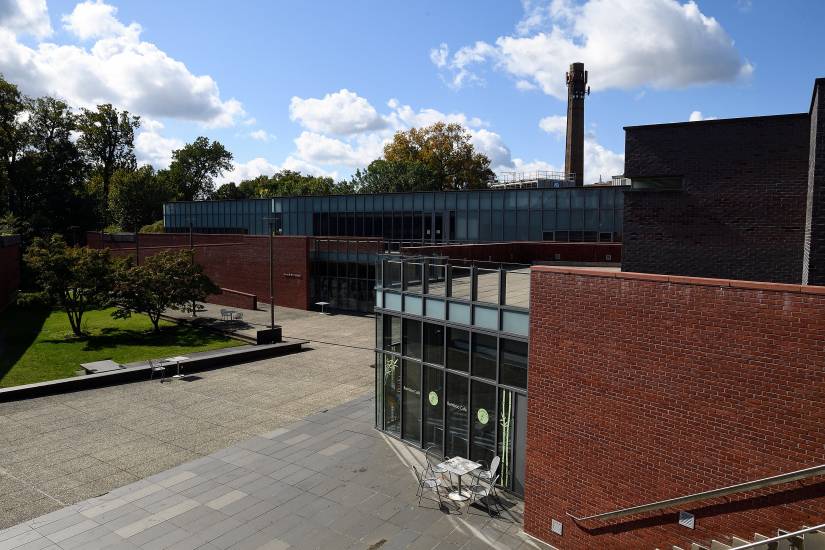 The Mattin Center, which opened in 2001, has served for more than two decades as JHU's center for visual and performing arts, as well as home to student organizations and student-facing staff. It is named for alumna and trustee emerita Christina Mattin, whose generous support made the building a reality.

"The Mattin Center has been the heart and soul of our arts programs for the past 20 years," said Alanna Shanahan, vice provost for student affairs. "While this is a bittersweet moment for many of us, the new student center will embody the energy and creativity of Mattin. We're excited about the future HSC and the expanded artistic and interactive experiences that it will foster."

The university and student groups have organized a week of activities to celebrate and say farewell to the Mattin Center, including the creation of a mural, virtual concerts by student a cappella groups, and other student group performances. Events begin April 24 and run through May 1; they will be sponsored by the Johns Hopkins Alumni Association. A complete list of activities can be found on the HSC website. 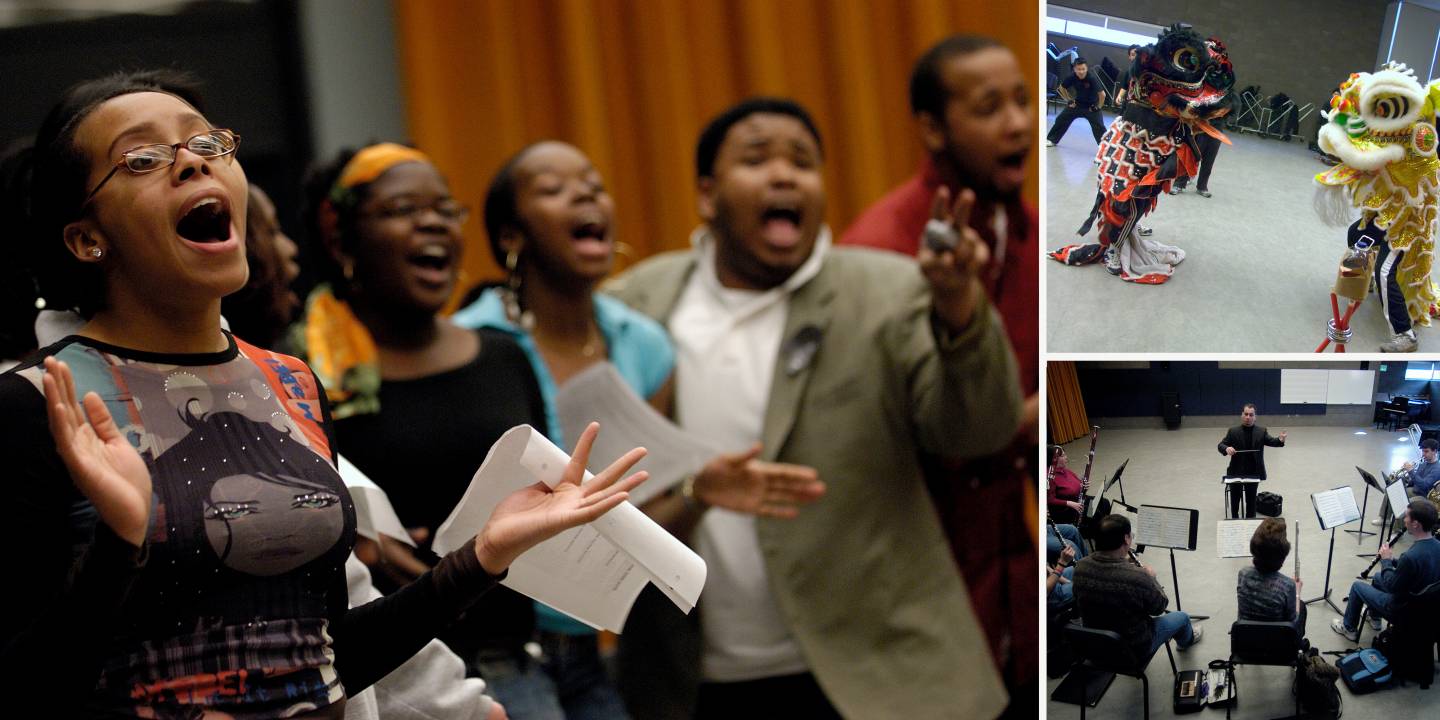 Image caption: Since opening in 2001, the Mattin Center has been home to visual and performing arts at Johns Hopkins University's Homewood campus.

Johns Hopkins is working with donors and alumni to ensure that individuals recognized in the Mattin Center, as well as those that support the new Hopkins Student Center, are appropriately recognized moving forward.

Whitehead Hall, built in 1947 and named for former Whiting School of Engineering Dean John B. Whitehead, originally housed the Department of Sanitary Engineering, the Office of the Treasurer, and the university's telephone exchange. The building is now occupied by the Whiting School's Department of Applied Mathematics and Statistics and Center for Leadership Education.

To prepare for the transformation of the Hopkins Student Center site, student spaces and services will be temporarily or permanently moved to new locations on or near the Homewood campus:

Additionally, the university is working to carefully relocate the sculptures and other artwork located in and around the Mattin Center area. The Hopkins Committee on Campus Public Art and the Hopkins Student Center design team will work closely with the City of Baltimore and the university community to find new installation sites for many of these pieces that contribute to the visual and historic fabric of the Homewood campus.

More information about the student center project and future updates can be found at https://studentaffairs.jhu.edu/viceprovost/student-center/.

Clarification: Plans for the future home of Bamboo Café were incorrectly listed in an earlier version of this article; those plans are currently under review and no final determination has been made. The Hub regrets the error. 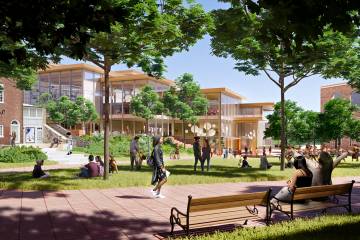