On March 2, FBI Director Christopher A. Wray testified before the Senate Judiciary Committee, revealing the bureau is currently investigating more than 2,000 cases of targeted violence and terrorism, known as TVT. That number has roughly doubled since he assumed the position of director in 2017. A majority of these incidents were racially motivated or white supremacist in nature, according to Wray.

A group of Johns Hopkins University undergraduates is doing its part to raise awareness about the threat of TVT through a project developed in their Advertising and Integrated Marketing Communications class offered by the Center for Leadership Education at the Whiting School of Engineering. The team has created a marketing campaign that "aims to combat the negative repercussions of misinformation and how it can possibly lead to terrorism and targeted violence on the JHU campus," according to Brhea D'mello, a computer engineering major and the team's reports and presentations manager.

"We have a huge role to play in combating misinformation, and the first step is to question our complacency."
Lauren Paulet
Johns Hopkins student

Called Check Your Bias, the campaign includes videos, a website, and social media coverage (@mybiasjhu on Facebook), as well as a self-assessment tool. The tool, called the Balanced Information Assessment Scale, or the myBIAS quiz, takes users through a series of questions to determine how susceptible they are to false information, and then identifies areas of self-improvement and suggests resources for growth.

The team will submit its project to Invent2Prevent, a national competition run by the McCain Institute for International Leadership and EdVenture Partners. The competition seeks marketing tools that encourage a "defined target audience to become involved in preventing targeted violence and terrorism." Senior leadership in the Office of Targeted Violence and Terrorism Prevention, an arm of the U.S. Department of Homeland Security, will judge submissions from 25 universities across the country.

Lauren Paulet, international studies major and the group's public relations manager, says that the key to Check Your Bias is persuading members of the campus community that they are at risk of falling victim to misinformation campaigns.

"JHU students can and should be doing more to prevent targeted violence and terrorism," Paulet said. "Many students think that they're immune to the epidemic of fake news that triggers TVT, but we aren't. We have a huge role to play in combating misinformation, and the first step is to question our complacency."

In addition to social media and other online content, the campaign will host several virtual events to engage the Hopkins community. The first, called "Miss Me with that Fake News: A Workshop on Detecting Misinformation" takes place at 4 p.m. today. Scott Shane, a New York Times reporter, will lead the workshop presenting on the dangers of misinformation and fielding questions from the audience.

The class has formed an ad agency, called Hopvertising, and is working directly with a representative from the competition, who they consider their client. According to Elizabeth Redmond, Hopvertising CEO and Writing Seminars major, the project will provide the team with a meaningful, hands-on learning experience in addition to the opportunity to spread awareness about TVT.

"Working on this client-based, integrated marketing project has given students the opportunity to cultivate leadership and marketing skills while educating their peers on how unchecked misinformation can lead to targeted violence and terrorism, which is an incredibly important priority in the current sociopolitical climate," Redmond said.

Taught by Leslie Kendrick, members of the class developed a similar campaign last spring focusing on combatting COVID-19-related anti-Asian racism. In mid-March 2020, amidst the closure of campus due to the COVID-19 pandemic, the class moved its campaign completely online. After guiding her students through this quick transition last year, Kendrick is confident in their ability to once again reach Hopkins students whether they are on or off campus.

"Similar to last spring, when this course went online, students are again challenged to create and engage with their peers virtually, through unique and engaging online events, videos, social media posts and contests, and public relations," says Kendrick.

Hopvertising has a budget of $2,000 to implement its campaign. Until the team presents to judges in mid-May, they will measure the impact of their campaign through website clicks, attendance at their virtual events, and social media engagement. They hope to again place among the top three of the participating universities who are competing for awards of $5,000 for first place; $3,000 for second place; and $1,000 for third place, as well as entry into a one-year sustainment program that will allow them to continue their campaign beyond the scope of the semester. 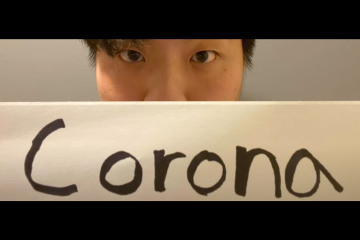