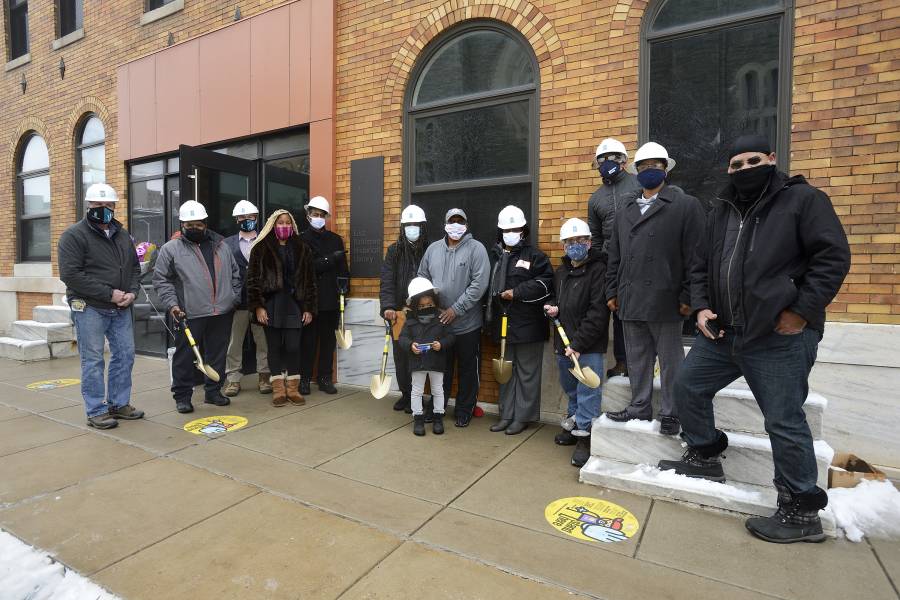 During the event, members of the library and community partners dedicated the new space to the late Hattie Harrison, who served in the Maryland General Assembly from 1973 until 2013. Harrison, a neighborhood champion and representative of Maryland's 45th district containing Baltimore City, shepherded legislation to establish the library in 2012, securing a grant of $250,000 for the organization.

Plans for the East Baltimore Historical Library originated as a response to the creation of a mixed-use, mixed-income development that would blend residential, commercial, and institutional properties in the area surrounding Henderson-Hopkins, spearheaded by East Baltimore Development, Inc. In order to preserve the history of the neighborhood, community organizer Nia Redmond pitched the idea of the library as an integral part of the development process. 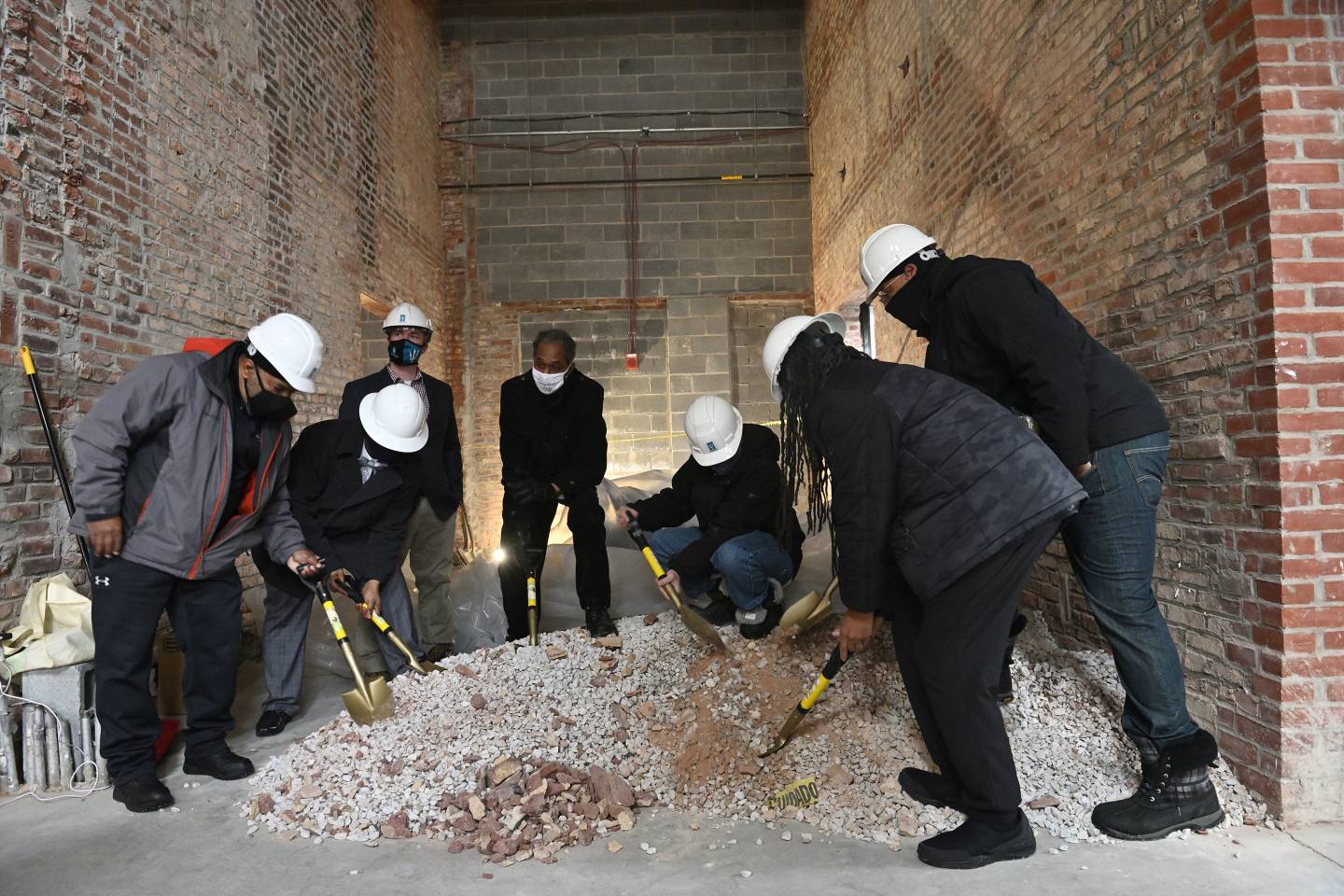 Image caption: The symbolic groundbreaking ceremony took place inside the three row homes that will eventually house the library

Johns Hopkins University has supported the East Baltimore Historical Library's programming and pledged a $100,000 match towards a secondary bond bill passed to begin construction on the project.

In opening remarks during the groundbreaking ceremony Thursday, Johns Hopkins School of Education Professor Annette Anderson, who has served on the library planning committee for nearly a decade, described the joy at finally seeing this project underway.

"It's been such an honor to sit at the table with so many of you to think about what this dream of having a library, having a historical monument in East Baltimore, could mean for the families, for the students at the Henderson-Hopkins School, and for the community at large," Anderson said.

"One of the ways we can get better is to tell the story of East Baltimore and the proud community where most of my students come from. This historic library is just going to be an incredible partnership, and I can't tell you how grateful we are for it."
Peter Kannam
Principal, Henderson-Hopkins School

The East Baltimore Historical Library will move into three contiguous historic row homes that were preserved when construction of Henderson-Hopkins School began. The homes have been upgraded with new roofs and reinforced interior walls.

The library will feature galleries, exhibits, rooms for talks and performances, a conference room, and a small kitchen. The original brick party walls shared by the individual homes will remain exposed in homage to the history of the building. The collection will focus initially on photographs, documents, art, and artifacts portraying life in East Baltimore. In time, the collection will create an oral history project capturing the stories and memories of aging East Baltimore residents. The library will also be home to workshops on genealogy, family scrapbooks, storytelling, and theatrical presentations on historical themes.

During the groundbreaking, Henderson-Hopkins principal Peter Kannam spoke about some of the collaborations that will exist between the library and the school. In the upcoming year, Henderson-Hopkins students will interview their family members and compile their memories in a book entitled I Am East Baltimore, which will be displayed as one of the library's first exhibits.

"One of the ways we can get better is to tell the story of East Baltimore and the proud community where most of my students come from," Kannam said. "This historic library is just going to be an incredible partnership, and I can't tell you how grateful we are for it."

The groundbreaking was held on what would have been the 93rd birthday of the late Delegate Harrison. In an audio interview during the ceremony, her son Robert "Skip" Harrison spoke briefly about his mother's drive to see the library completed.

"This library would mean a lot to her," Harrison said. "Because it's a vision that she and Nia shared for many years, and my mother was very supportive and felt that this was definitely needed so that the community, as it grew, would understand the legacies and enrichment that came out of people like her, Nia, and other members of the East Baltimore area." 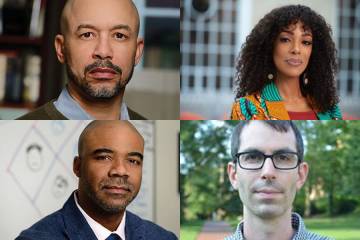 Published Jan 14, 2021
The project will pioneer new methods of instruction, research, and archival preservation that bring the history of the Black Baltimoreans to the fore