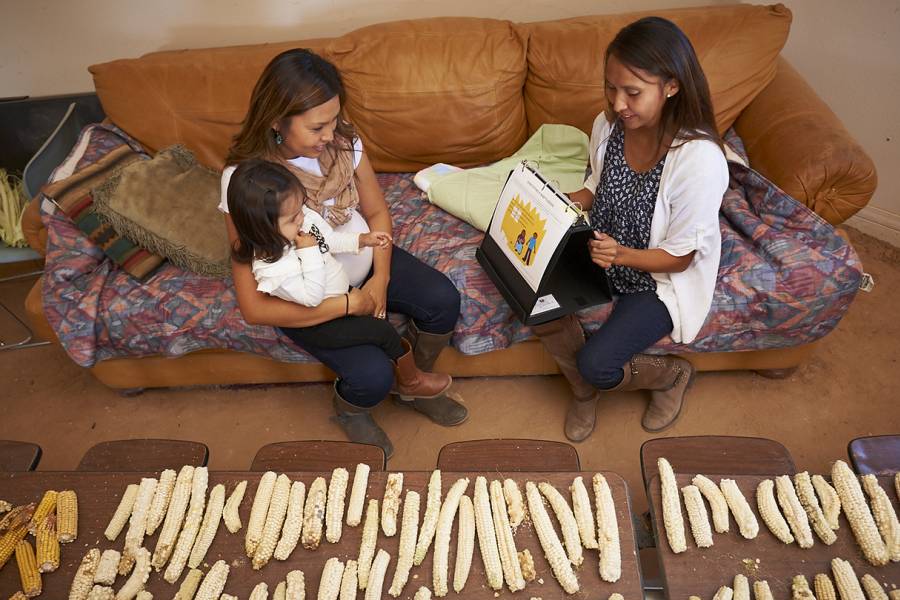 Lessons on healthy feeding practices delivered by Native American home visitors put Navajo infants on a healthier growth trajectory, lowering their risks for obesity, according to a study from researchers at the Johns Hopkins Center for American Indian Health at the Bloomberg School of Public Health.

Prior research suggests that adult obesity, which is linked to heart disease and diabetes, can be programmed early in life. Native Americans have particularly high rates of obesity starting in childhood—it is estimated that more than one-third of Native American 2- to 5-year-olds are overweight or obese.

In the study, published November 9 in JAMA Pediatrics, Native American home visitors delivered six 45-minute nutrition lessons to mothers of infants on the Navajo Nation. The intervention, conducted when infants were 3 to 6 months old, taught mothers to adopt optimal feeding practices for their babies, including avoiding sugar-sweetened beverages.

The researchers found that on average the 68 mothers in the home-visiting program had better feeding practices and their babies had healthier weights during the first year of life, compared to the same sized control group.

"This is the first home-visiting intervention, tested through a randomized controlled trial, designed in partnership with Native American communities that targets obesity in the first year of life with positive impacts on healthy growth," says study first author Summer Rosenstock, PhD, an assistant scientist in the Bloomberg School's Department of International Health and a member of the Center for American Indian Health. 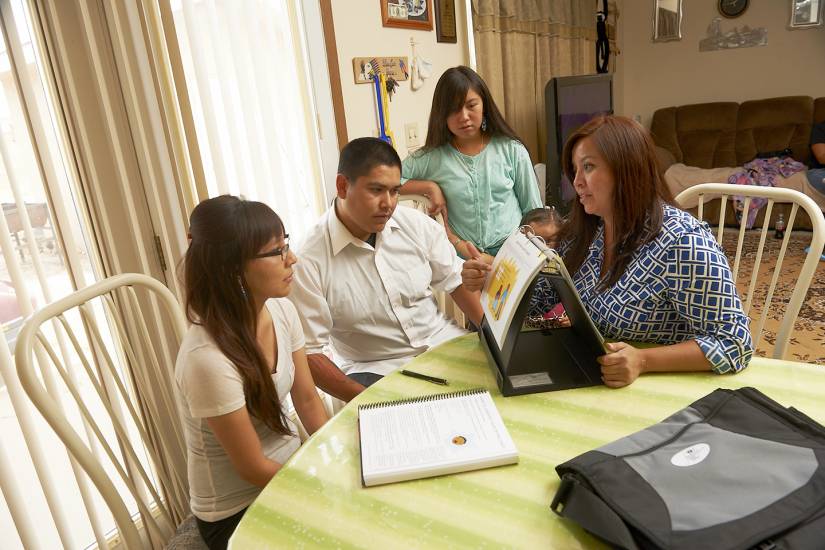 The program, known as Family Spirit Nurture, is a six-lesson curriculum built on a federally endorsed home-visiting program designed by the Center for American Indian Health to improve maternal and child outcomes for Native American families.

"Native American children suffer the highest rates of early childhood obesity in the U.S.," says study co-author Leonela Nelson, a Navajo tribal member and program supervisor for the Center for American Indian Health at the research site on the Navajo Nation in Shiprock, NM. "The Family Spirit Nurture program showed that local Native home visitors working to educate and support moms can have positive effects on infant feeding and growth during the first year of life."

In the study, the Native American family health coaches delivered the Family Spirit Nurture intervention to 68 mothers on the Navajo Nation in Shiprock, New Mexico, and surrounding communities, while their infants were between 3 and 6 months old. A control group of 66 mothers in the same community received, during the same age interval for their infants, three lessons on injury prevention under the original Family Spirit home-visiting program.

The researchers found that the Family Spirit Nurture intervention helped mothers in the intervention group score significantly higher on measures of responsive feeding—the practice of reading and responding to babies' cues for hunger. "It is important that parents don't use food to soothe babies when they are fussing for sleep, a diaper change, or other discomforts besides hunger," says Rosenstock.

Similarly, mothers in the intervention group reported significantly less feeding of sugar-sweetened beverages to their children at 9 and 12 months of age, compared to control group mothers.

"The home visitors incorporate cultural teachings and practices into the lessons to support moms' connectedness to their Native culture.
Leonela Nelson
Program supervisor for the Center for American Indian Health

The researchers also analyzed data from medical charts on the infants' weights and other vital measures from birth to 12 months and found that infants in the intervention group, compared to those in the control group, had healthier weights on average for their height, age, and sex up to 12 months of age—according to a measure called the standardized body-mass index, or zBMI. In addition, at 12 months, infants in the control group on average were above the threshold for overweight, according to their zBMI measures, while intervention infants were not.

For Rosenstock and her colleagues, the results from this initial study suggest that the Family Spirit Nurture intervention, implemented by Native American home visitors, may be an effective strategy in Native American communities for improving mothers' infant feeding practices and supporting infants' healthier growth trajectories. They note that other Family Spirit interventions, not relating to childhood obesity, are already accepted and conducted in more than 130 tribal communities across 21 states, providing a platform to disseminate this new six-lesson module.

"The home visitors incorporate cultural teachings and practices into the lessons to support moms' connectedness to their Native culture. Connections to our culture promote further well-being," says Nelson.

The researchers continue to investigate how well interventions like the one tested in this study can reduce childhood obesity, through age 2.

"There is evidence that the first 24 months of life is a really critical time period to intervene to put infants on healthier growth trajectories and reduce their long-term risk for obesity," Rosenstock says. 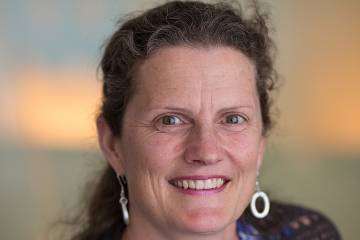