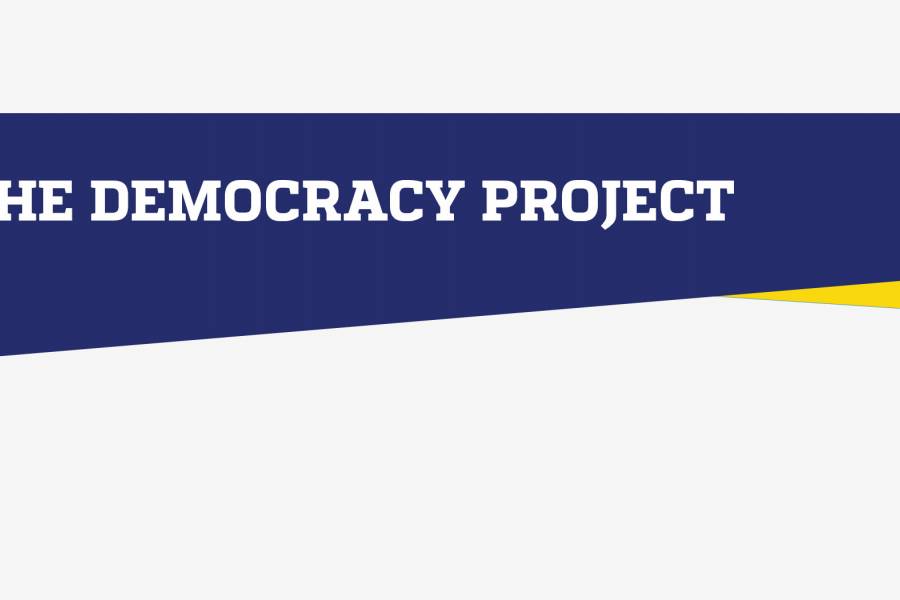 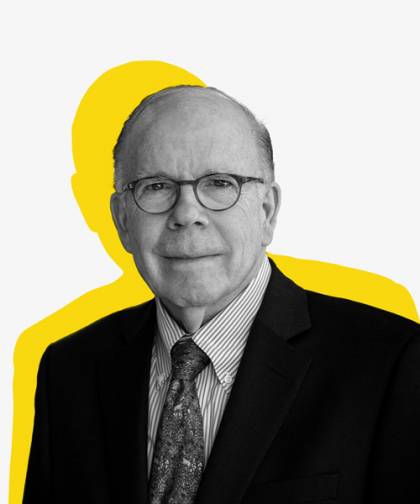 Image caption:John McLaughlin is Distinguished Practitioner in Residence in the Merrill Center for Strategic Studies at the Johns Hopkins School of Advanced International Studies and a 1966 SAIS graduate. He served as the CIA's acting director from July to September of 2004 and as deputy director from 2000 to 2004.

Intelligence plays a pivotal—and nonpartisan—role in protecting American democracy in both the foreign and domestic spheres, says John McLaughlin. And he would know. A Johns Hopkins alum and practitioner-in-residence at the School of Advanced International Studies, McLaughlin spent three decades at the Central Intelligence Agency, rising to the ranks of deputy director (2000 to 2004) and serving as acting director from July to September in 2004. He is the recipient of both the Distinguished Intelligence Community Service Award and the National Security Medal.

The politicization of intelligence, McLaughlin says, threatens not only America's ability to protect against foreign influence, but also the faith Americans place in their institutions and the ability of the executive branch to make clear, informed decisions. We spoke with McLaughlin for a closer look at how intelligence and democracy are intertwined.

What are your hopes or fears for the future of democracy?

I try not to be political as a professor, but empirically this administration has really challenged the rule of law and has used the U.S. Department of Justice in ways that are not just controversial but clearly questionable. The elements of democracy that are essential are the rule of law and trust in our institutions. In fact, I think the foundation of democracy rests on these pillars.

We've learned, particularly during the last four years, that so much of compliance with law is voluntary. If you get a subpoena from Congress, you show up. I certainly did that. I never questioned it. But we've seen many instances where people have simply said, "No, I don't think so." So, compliance is, to a surprising degree, voluntary. And it depends on a broad-based acceptance of practice and rules.

The other foundation, as I've said, is our institutions. And throughout my life I've come to conclude—and I think it's a conclusion you may only come to after being involved in wars and controversies like I was—that human nature is such that it requires fidelity to institutions to move a society forward in an orderly way without disruptive internal conflict. And again, I think a number of our institutions are under challenge.

I have always believed that the United States is among the first real, bold, innovative democracies in the world. And much of that innovation is based on our separation of powers and the independence of institutions such as the Justice Department, the Department of State, the Centers for Disease Control and Prevention, and even the Food and Drug Administration—all of which are being challenged. These are institutions in which U.S. citizens and elected officials have to have absolute confidence, and the fact that their objectivity has been questioned is deeply troubling.

Evidence of declining public confidence is revealed in Pew Organization surveys that show the number of Americans trusting the government to "do the right thing" always or most of the time has dropped to a historic low—only 17%  in 2019 compared to about 75% in 1958.

Your career with the CIA spanned three decades. How has this experience colored your faith in the democratic experiment?

There are three points I would make: First, national leaders need objective information to make decisions about foreign policy. The intelligence community is not perfect by any means, but it is the one part of the national security toolkit or establishment that is, by design, mandated to be nonpolitical. It is mandated to speak about events overseas without reference to policy, and it strives mightily to do that, successfully most of the time. So, anything that interferes with that takes you in the wrong direction. 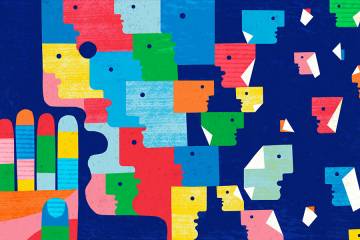 Second, I worry that manipulating intelligence allows a government to deceive the populace. I'm hesitant to condemn, because we don't know all the facts, but if it's true that people in the Department of Homeland Security were told not to inform others about the extent to which Russia and other countries were seeking to manipulate our elections, then the public is left with their guard down. You don't have the information you need to defend yourself against that kind of distortion.

There are lots of examples in my career where we were under pressure to agree to a certain point of view because it was politically convenient—and we did not do that. At the time of the Iraq War, for example, we were under considerable pressure from the administration to agree with the idea that there was a connection between Saddam Hussein and 9/11, and we didn't agree with that. There was intelligence reporting that could lead you there, but we didn't think it was very reliable and we didn't buy it. That said, intelligence information is not like law enforcement information that you use to get a prosecution in a courtroom. In intelligence, you're often dealing with incomplete information that requires you to make a judgment. And to this day there are people who continue to argue about that case, but I think we were shown to be correct.

And then the third thing I worry about is that when foreign countries figure out that intelligence is being distorted in our country, it gives them the means to manipulate us because they now know that if they give you false information that they think might be pleasing to your leader they have the sense that the intelligence community will pass that on. It gives them the opportunity to manipulate us, and that's bad for democracy. I don't think my former agency is yielding to any of this, but I have to believe it has felt the pressure.

What do you teach your students that you wish more people understood about the intelligence community and the role it plays in democracy?

You know, intelligence is not widely understood in the public. It's understood in cartoon terms because of movies and novels and such. The basic thing that I would stress is that people in the intelligence world are really dedicated to the ethic of objectivity and clarity in what they're saying. In other words, the dedication in the intelligence community is to describing the world as it is, not as people would like it to be. To be sure, intelligence gets involved in a lot of controversies, is not perfect, and sometimes gets it wrong. But at the core of it is this dedication to telling the truth, and even when it is complicated it sticks with that ethic.

The fact is, when you tell truth to power sometimes it's very inconvenient for power. And you have to stick with it. But you also have to realize that the U.S. government has multiple objectives that it's trying to achieve at the same time when it's behaving responsibly and that Presidents and others consider more than intelligence in making decisions. And so, often you are the skunk at the picnic. It's just your role. And the benefit of that for democracy is that this increases the chances that people will make better informed decisions. My hope is that we don't lose sight of that.