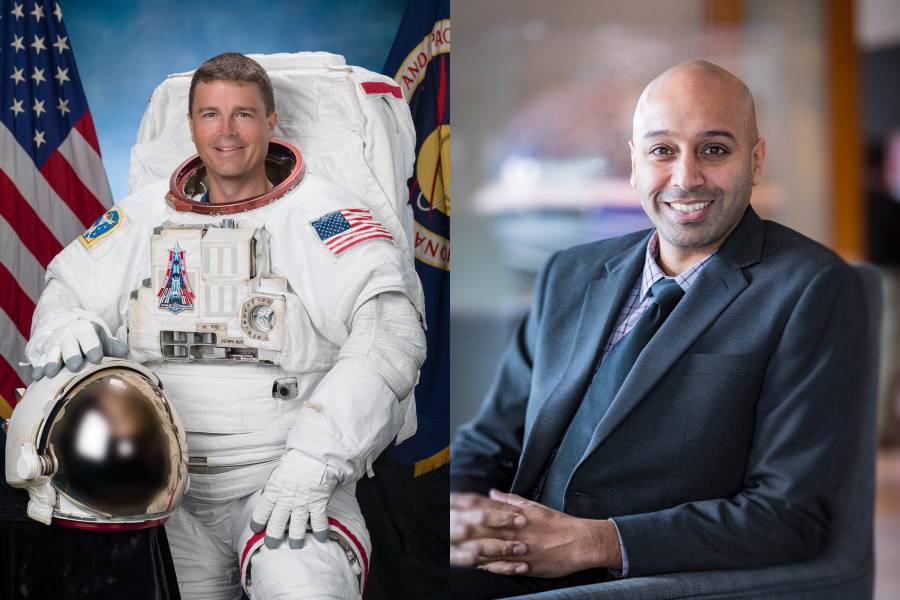 NASA astronaut Reid Wiseman, a Baltimore native and Johns Hopkins University alumnus, is scheduled to speak Thursday during a Space@Hopkins virtual symposium that will also feature Jason Kalirai, an astrophysicist who oversees the Applied Physics Laboratory's contributions to space missions. The symposium will highlight select topics of JHU's efforts in space-related activities.

The two-and-a-half hour Zoom webinar is scheduled to begin at 1 p.m. on Oct. 22 and will also feature talks by five 2019 Seed Grant recipients. Registration for the event is open and includes the agenda for the discussion. A Zoom link will be distributed over email to registered attendees.

Wiseman, a graduate of Dulaney High School in Timonium, is scheduled to discuss how his Johns Hopkins experience prepared him for a career with NASA. He earned a master's degree from the Whiting School's Engineering for Professionals in 2006.

The Hunt Valley resident was selected in June 2009 as one of nine members of the 20th NASA astronaut class and completed training two years later. In 2014, Wiseman traveled to the International Space Station as flight engineer on the Russian Soyuz spacecraft. He remained in orbit for 165 days, logged a record 82 hours of research in a single week and recorded 13 hours as the lead spacewalker during his first mission to space.

During his time in space, Wiseman communicated his feelings about his rookie flight over social media—including a tweet that featured a photo of Baltimore accompanied by a comment, "Nice to fly over my hometown #Baltimore. Camden Yards clearly visible. Go @Orioles."

Kalirai is scheduled to discuss Johns Hopkins University's role in exploring the solar system. As mission area executive for civil space at APL, Kalirai oversees the laboratory's involvement with NASA and international mission related to space exploration, scientific research in space, technology development, and the production and operation of spacecraft and science instruments.

Since 2016, Space@Hopkins has served as an umbrella organization connecting civilian space research across Johns Hopkins University divisions. The organization's aim is to highlight the breadth and depth of JHU's efforts in space-related activities in order to foster collaborations amongst university-affiliated researchers and to provide access to new space-related partnerships.