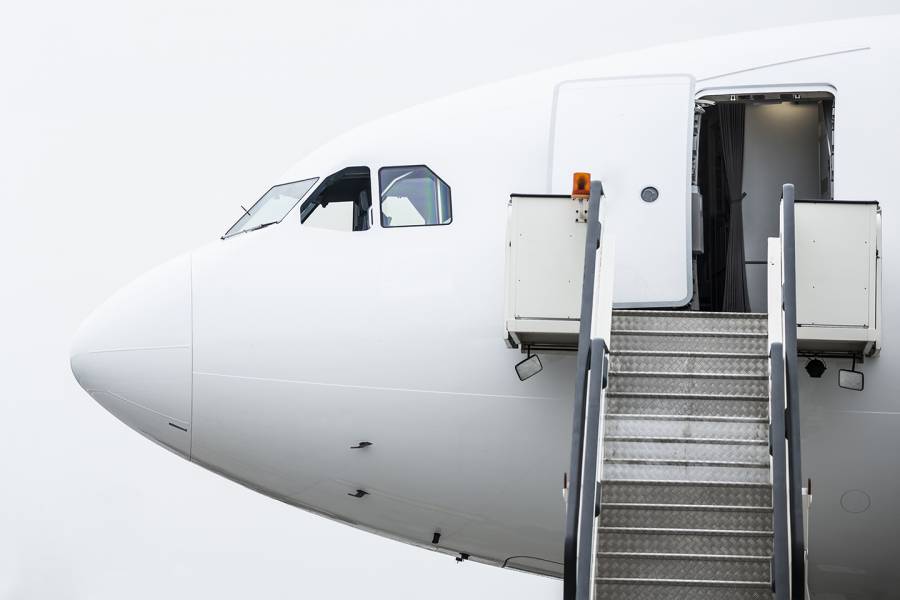 When metallic components in airplanes, bridges, and other structures crack, the results are often catastrophic. But Johns Hopkins University researchers have found a way to reliably predict the vulnerabilities earlier than current tests.

In a paper published in Science, Johns Hopkins University researchers detail a new method for testing metals at a microscopic scale that allows them to rapidly inflict repetitive loads on materials while recording how ensuing damage evolves into cracks.

The process has proven a connection between early, micron-scale damage to the eventual location of the fracture, "suggesting you can predict locations of cracks from such early features," said author Jaafar A. El-Awady, a mechanical engineering professor at the Whiting School of Engineering.

"We're able now to have a more fundamental understanding about what leads up to cracks," El-Awady said. "The practical implication is that it will allow us to understand and predict when or how the material is going to fail."

"We're able now to have a more fundamental understanding about what leads up to cracks. The practical implication is that it will allow us to understand and predict when or how the material is going to fail."
Jaafar El-Awady
Department of Mechanical Engineering

Whether it is the pounding of vehicles on bridges or shifts in air pressure on airplanes, such continuous change called "cyclic loading" gradually induces slips in the internal molecular structure of the most durable metals until cracks occur that could have been anticipated long before their perilous appearance.

"Fatigue failure plagues all metals and mitigating it is of great importance," El-Awady said. "It is the leading cause of cracks in metallic components of aircraft."

That is why it is common practice in the airline industry to adhere to regular—and expensive—replacement schedules for many parts. But the life of those parts could be more accurately determined by better understanding the origins of crack initiation. French investigators just last month called for design reviews of the Airbus A380 to determine if they guard against metal fatigue risks.

"With the lack of understanding of the mechanisms that lead to crack initiation, it has been difficult to predict with any reasonable accuracy the remaining life of a cyclically loaded material," El-Awady said. "The component could actually be fine and never fail but they throw it away anyway solely on the basis of statistical arguments. That's a huge waste of money."

Most current tests to understand the origins of crack initiation have focused on the moments just prior to or after cracking to assess what happened in the makeup of the metal. And many of those tests use far larger samples that preclude tracking the initiation of damage, which is a sub-micrometer scale feature. The new method narrows the lens as small as feasible and begins when metals are first exposed to loads that lead to localized damage that could become cracks.