She worked at the Treasury Department in the Obama administration, spent 26 years in leadership roles at Baltimore investment firm T. Rowe Price 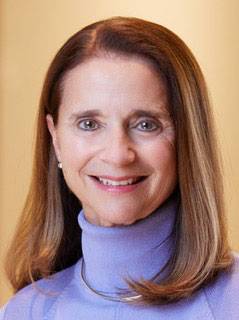 Miller will assume the role on Oct. 3 and remain through the 2020-21 academic year, ensuring a seamless transition as the university searches for a successor to Daniel Ennis, who will leave the university at the end of September for a position at Duke University. Ennis has overseen the university's budget, finances, investments, and administrative functions since 2012.

"Bringing with her vast experience in government, finance and higher education, Mary will be joining Johns Hopkins at an important moment of transition, and I know she will make invaluable contributions to our university in this role," Daniels wrote in a message to the Hopkins community.

Miller will work closely with Jane Schlegel, vice president and chief administrative officer, who will continue to oversee the areas of human resources, procurement, information technology, and risk management and compliance; and Helene Grady, chief financial officer, who will manage the university's financial functions and oversee the management of the investment program for JHU's endowment and other assets.

"I'm delighted to step into this role at this critical time for Johns Hopkins to make sure that things continue to run smoothly while a search for a permanent SVPFA takes place," Miller said.

Miller served in U.S. Senate-confirmed positions at the U.S. Treasury Department in the Obama administration from 2010 to 2014, first as assistant secretary for financial markets and later as undersecretary for domestic finance with responsibility for Treasury debt management, fiscal operations, recovery from the financial crisis, and implementation of the Dodd-Frank financial reform legislation. She led programs to help homeowners save their homes and small businesses get loans, developed a retirement savings program for low-income workers, and worked with the City of Detroit to help it recover from bankruptcy.

Before joining the Treasury Department, Miller spent 26 years in leadership roles at the Baltimore-based investment firm T. Rowe Price, serving with distinction on T. Rowe's management committee, and as a trustee of the T. Rowe Price Foundation.

Miller was among the candidates for the Democratic nomination for Baltimore mayor earlier this year, finishing third in a field of more than 20 contenders in June's primary. Since 2017 she has been a senior fellow with Johns Hopkins University's 21st Centuries Initiative, partnering with local businesses and community leaders on a comprehensive study to identify the gaps in Baltimore's small business financial landscape and seeking evidence-based and actionable solutions to fill them.

"Throughout this impressive career and distinguished public service, Mary brought to bear not only her formidable financial acumen and management expertise, but also her signature collegiality, pragmatism, and commitment to mentorship, particularly for women leaders," Daniels wrote.

Miller earned a bachelor's degree from Cornell University, where her father was a history professor for more than 40 years and where her mother worked with the library's rare books collection. She also earned a master's degree in city and regional planning from the University of North Carolina at Chapel Hill and has been a member of Cornell's board of trustees since 2015. 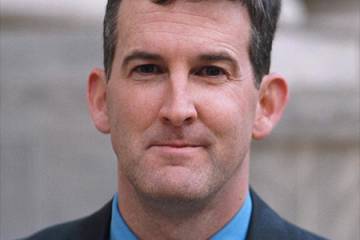 Published Aug 21, 2020
Senior leadership transition planned for JHU's Office of Finance and Administration, which Ennis has led since 2010