A simple blood test that does not require overnight fasting has been found to be an accurate screening tool for identifying youth at risk for Type 2 diabetes and heart disease risk later in life, according to a study from researchers at the Johns Hopkins Bloomberg School of Public Health.

The results suggest that the simple blood test, hemoglobin A1c, or HbA1c, should be used more frequently to screen youth for diabetes and related health risks. The HbA1c test is accurate and easy to administer in younger patients.

For the study, published online Aug. 10 in Pediatrics, the researchers analyzed national survey and medical exam data on more than 14,000 youth ages 10 to 19. One aim was to see how closely a positive result on different tests for high blood sugar (hyperglycemia) is related to risk factors for diabetes and heart disease such as obesity and high blood cholesterol.

"Current screening criteria miss a lot of children who are at high risk for diabetes."
Amelia Wallace
Study lead author

The HbA1c test measures the degree to which sugar molecules have linked irreversibly to molecules in red blood cells in the previous few months. This makes it an accurate marker of chronic hyperglycemia. The HbA1c test, however, does not require compliance with overnight fasting before the test, and thus—compared to the fasting plasma glucose test—is less complicated to administer and can be less prone to error.

"Our study demonstrates that HbA1c is a useful non-fasting test for identifying high-risk youth who could benefit from lifestyle interventions to prevent diabetes and cardiovascular disease later in life," says study senior author Elizabeth Selvin, professor in the Bloomberg School's Department of Epidemiology.

The American Diabetes Association has estimated that more than 34 million or roughly 10% of Americans have diabetes, and many of these cases are undiagnosed. Children and young people who develop diabetes more often develop the rarer form, Type 1 diabetes, which is caused by an autoimmune reaction that destroys insulin-producing cells. However, the obesity-associated Type 2 diabetes, which is far more common in adults, is rapidly becoming more prevalent in children, due to the rise in obesity, poor diet, and sedentary lifestyles. That trend has led researchers to emphasize early diabetes detection and lifestyle intervention in youth to reduce or even reverse hyperglycemia—thus helping prevent a lifetime of diabetes and associated medical complications, which can include heart disease, stroke, hypertension, and kidney disease.

In the study, Selvin and colleagues addressed some key questions about screening tools for diabetes and cardiometabolic risk by examining data on 14,119 youth aged 10 to 19 from the U.S. National Health and Nutrition Examination Surveys conducted between 1999 and 2016. The data included results of blood tests that are commonly used to detect hyperglycemia.

The ADA currently recommends such blood tests to screen for diabetes risk in youth who are at least 10 years old, are overweight or obese, and have at least one other risk factor such as a history of Type 2 diabetes in close relatives, non-white race, or hypertension. One aim of the study was to evaluate how often the youth who are eligible for screening by these criteria actually have hyperglycemia—at least at the moderate level known as prediabetes.

The analysis suggested that the current screening criteria, despite covering about a quarter of U.S. children and adolescents, do not capture many youth with hyperglycemia. For example, only about one-third of the youth who had hyperglycemia as defined by a fasting glucose test would have been eligible for screening by the current ADA criteria.

"Current screening criteria miss a lot of children who are at high risk for diabetes," says study lead author Amelia Wallace, a PhD student in the Department of Epidemiology at the Bloomberg School.

The researchers also analyzed the dataset to see how closely different measures of hyperglycemia were linked to cardiometabolic risk factors. Here the HbA1c blood test was particularly useful as a screening tool, with stronger associations with the risk factors examined, compared to the fasting glucose test. For example, having hyperglycemia as defined by the HbA1c test was associated with a 4.1 times greater prevalence of obesity, whereas having hyperglycemia defined by the fasting glucose test was associated with an only 1.8 times greater prevalence of obesity.

"Some pediatricians have already been using HbA1c, but there hasn't been sufficient guidance from pediatric organizations," Selvin says. "I'm hoping that these results will help inform and guide the use of this important screening tool in clinical practice." 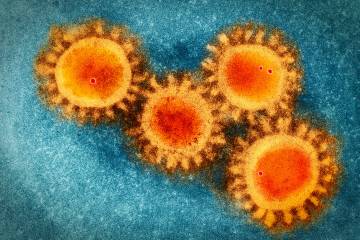 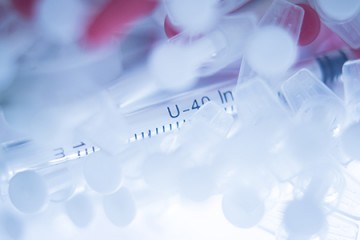