Individual and collective actions build a culture of sustainability at Hopkins 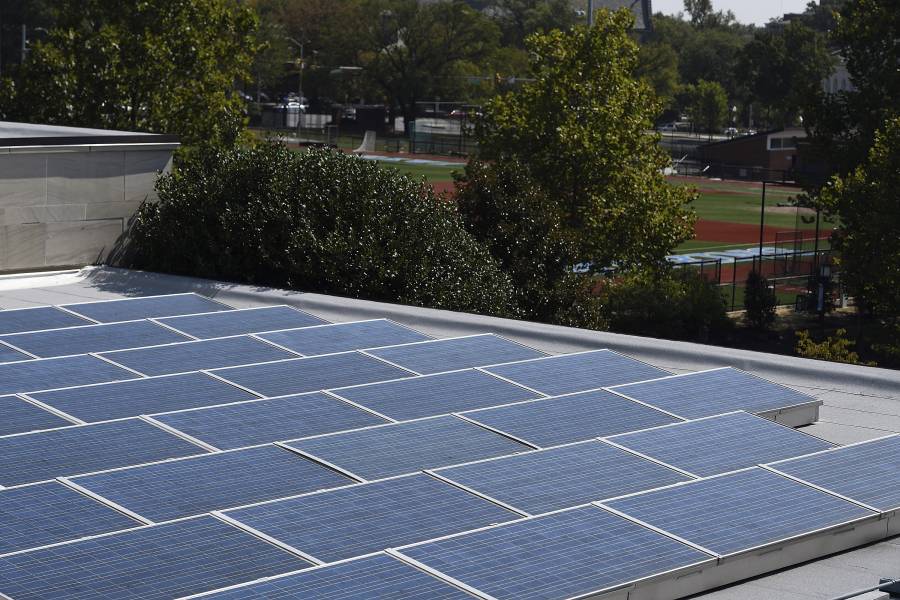 As a kid growing up in central Pennsylvania, Krittika Negandhi had an unusual passion for environmentally conscious living. Residing in the heart of America's Rust Belt and in the region's lesser-known cousin, the Pennsylvania Snack Belt, Negandhi and her family were committed vegetarians, renouncing the waste and greenhouse gas contributions of the U.S. meat industry. They reused the backs of every school worksheet and piece of junk mail they came across and composted or replanted their vegetable scraps to minimize what went to the landfill. Even at friends' houses, Negandhi was an outspoken advocate for recycling and reducing waste.

It was fairly isolating early in her childhood, Negandhi admits, but as she got older, she found that more of her peers were becoming interested in sustainability, and her passion became a badge of honor. Still, it wasn't until she enrolled as an undergraduate at Johns Hopkins University that she finally found a community of like-minded eco-activists. 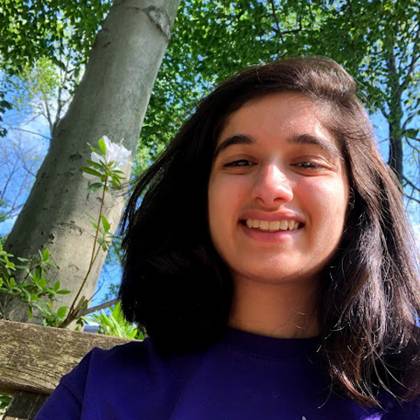 Image caption: “People like to say that it's our children and future generations who are going to have to bear the burden of climate change, but the effects of climate change are visible right now," says Krittika Negandhi.

"People like to say that it's our children and future generations who are going to have to bear the burden of climate change, but the effects of climate change are visible right now," says Negandhi, a rising junior majoring in environmental engineering.

She says she felt immediately at home at Johns Hopkins, in part because the university itself also takes its environmental commitments seriously. "Corporations and industry are responsible for some of the largest environmental impacts, but that doesn't mean we can't make change by ourselves," she says.

A new annual report issued by the Johns Hopkins Office of Sustainability provides an overview of the university's overall performance during fiscal year 2019 across a variety of environmental and social impact areas, such as how much energy and water the university consumes and how the university engages its campus stakeholders to build a culture of sustainability. The report also highlights progress toward the university goal, set in 2008, of reducing greenhouse gas emissions by 51% by 2025 and shows data trends on overall energy use, renewable energy procurement, water management, and waste diversion.

There's a lot to be proud of.

In FY2019, the Johns Hopkins greenhouse gas emissions footprint was 229,973 metric tons of carbon dioxide equivalent—down nearly 23% since 2008. The university also signed what was at the time the largest power purchase agreement of any higher education institution, agreeing to procure 250,000 megawatt-hours annually of solar power beginning in the summer of 2021. The agreement will last for 15 years and help the university meet its climate action goal four years ahead of schedule, the report says. In FY19, JHU also diverted 40% of its waste from landfills, up from 21% in FY08. 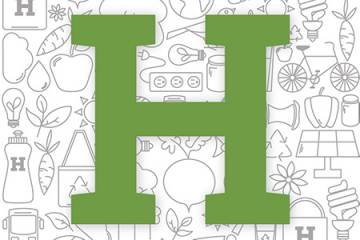 The 2020 Annual Report from the Johns Hopkins Office of Sustainability outlines, among other efforts, the university's progress toward its goal of reducing greenhouse gas emissions by 51% by 2025

Notably, the university achieved these reductions while increasing its physical footprint and operations. From 2008 to 2019, the university grew at an unexpected rate, with record class sizes and more than 1 million square feet of new buildings. Because many new facilities are high-performance buildings with increased efficiency, emissions are in fact decreasing despite this significant growth. The university's square footage grew 8.7% from 2008, but total energy use has increased at a slower rate of just 6.5%.

"Johns Hopkins has experienced consistent growth in population and our building footprint, but we've remained committed to reducing our energy, emissions, and resource consumption and have seen considerable support from the JHU community to help meet our 2025 goal," says Bob McLean, vice president for facilities and real estate.

Adds Julian Goresko, director of sustainability at the university: "Sustainability is a core issue for all Hopkins affiliates, especially as the impacts of climate change intensify. People want to know not only what we're doing to counter our contributions to the problem but also how we're engaging and training the next generation of leaders on this issue. All of our Hopkins affiliates play a role in enhancing our sustainability culture and practices across the institution."

To that end, the report also highlights the environmental work of individuals and groups at Johns Hopkins as a way of celebrating those efforts—Negandhi included.

"Sustainability is a core issue for all Hopkins affiliates, especially as the impacts of climate change intensify. People want to know not only what we're doing to counter our contributions to the problem but also how we're engaging and training the next generation of leaders on this issue."
Julian Goresko
Director, JHU Office of Sustainability

She became involved with the university's Office of Sustainability even before her first year at Hopkins began. Through Eco Pre-O, the office's pre-orientation program, Negandhi learned about campus sustainability initiatives such as solar installations and rain gardens, and she was introduced to environmental programs and organizations based in Baltimore. During the spring semester of her first year, Negandhi joined Green Lead, a program that provides leadership training to first-year students with a focus on sustainability principles and behavior changes.

Finally, as a sophomore, she became an Eco-Rep, serving as a peer advocate for sustainability and waste reduction on campus, a role Negandhi, ever the environmentalist, was comfortable playing. She organized a recycling event that beautified and repurposed nonrecyclable plastics to give them new life as objets d'art. She also helped plan a campus clothing swap that diverted 300 pieces of clothing from the landfill.

"Something I learned from my childhood experiences is that you can't shame people into being more sustainable," Negandhi says. "Finding fun and creative ways for people to understand sustainability is what really draws people to events and what can spark that lifestyle change that persists."

She plans to take a break from being an Eco-Rep for the upcoming academic year, but she says she is exploring creative ways of maintaining her interests in environmentalism and sustainability.

"If we don't stand up for what we believe in, then nothing is going to change," she says. "Sometimes people feel that they can't make a change just by themselves, but my experience has taught me that that's just not true."