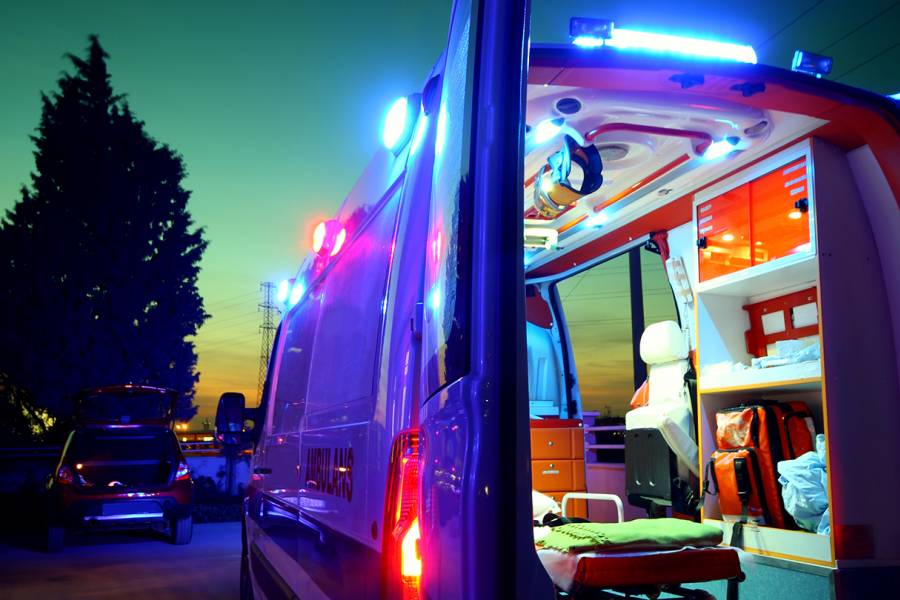 Drug overdoses are psychologically traumatic events that can lead to symptoms of post-traumatic stress disorder, according to a study focused on female sex workers in Baltimore City that was led by researchers at the Johns Hopkins Bloomberg School of Public Health.

The study of 380 sex workers found that more than one-half reported symptoms of PTSD in the six months after experiencing or witnessing an overdose and after accounting for other traumas they may have experienced.

Overdose is currently the leading cause of injury-related death in the U.S., exceeding vehicle crashes and firearms as the opioid crisis continues to grow. But the researchers say the fatality statistic alone doesn't capture the full picture of the overdose crisis.

"It's been unclear what mental health toll [overdoses] take on survivors and witnesses, particularly in the vulnerable and marginalized populations that overdose often affects. These findings suggest the consequences are not insignificant."
Kristin Schneider
Postdoctoral fellow, Bloomberg School of Public Health

"For every overdose fatality, there are even more non-fatal overdoses," says Kristin Schneider, postdoctoral research fellow at the Bloomberg School and the paper's first author. "It's been unclear what mental health toll these events take on survivors and witnesses, particularly in the vulnerable and marginalized populations that overdose often affects. These findings suggest the consequences are not insignificant."

For the study, the authors used data from Enabling Mobilization, Empowerment, Risk Reduction, and Lasting Dignity (EMERALD), a long-running study of female sex workers in Baltimore City. As part of this study, the researchers recruited 380 female sex workers to answer questions on a tablet in a mobile van. These questions covered a variety of topics, including participants' demographic characteristics, sex work history, drug use, overdose experiences, mental health symptoms, police interactions, and drug- and sexual-risk behaviors. The study data cover responses collected from September 2017 to January 2019.

Study participants were asked if they had experienced an overdose themselves or witnessed a fatal or non-fatal overdose in the past six months. They also answered a 20-item questionnaire that evaluates PTSD symptoms in four separate domains: intrusion, which involves re-experiencing the event through unwanted memories, nightmare, or flashbacks; avoidance, which includes intentionally trying to avoid trauma-related thoughts, feelings, and external reminders; cognition/mood, which involves negative thoughts and feelings that were brought on or worsened by a trauma; and arousal/reactivity symptoms, which involve irritability, aggression, and hypervigilance. These domains are outlined in the Diagnostic and Statistical Manual of Mental Disorders 5, which is published by the American Psychiatric Association.

Results showed that more than half of the participants had recently witnessed an overdose, with close to a third witnessing a fatal overdose and about half witnessing a non-fatal overdose. Close to a third of these volunteers had experienced a recent overdose themselves. More than half—199 participants—met the cutoff for a provisional diagnosis of PTSD using the criteria from the 20-item questionnaire. Most participants reported symptoms in each PTSD domain.

The authors found that even after accounting for other types of traumas experienced by this population—for example, two-thirds of these women had been homeless in the past six months, two-thirds had gone hungry at least once a week, 44% reported client violence, and 22% reported intimate partner violence—overdose trauma was still closely linked with PTSD symptoms. Although experiencing an overdose was associated with symptoms in all four domains, witnessing an overdose was associated with intrusive and arousal/reactivity domains.

"Existing measures for PTSD don't always accurately represent the effects of overdose traumas on populations that have high rates of cumulative trauma, like street-based female sex workers," says co-author Susan Sherman, professor in the Bloomberg School's Department of Health, Behavior and Society and principal investigator of the EMERALD study. "The traumas of witnessing and experiencing an overdose often add to a history of trauma, such that in addition to having an impact, overdoses can be triggering."

In addition, Sherman adds, the effects of some drugs such as cocaine and other stimulants can mimic the agitation of the arousal/reactivity domain.

The authors say that linking overdose trauma to PTSD could help guide new treatment paradigms for overdose that are focused on harm reduction, not just for those who experience overdose themselves, but for witnesses, who are increasingly becoming first responders in overdose events.

"Largely the treatment for overdose has been focused on saving lives. That's incredibly important, and it should be the first priority," Schneider says. "But in addition to physical harms, we should also be addressing the enormous psychological harms that accompany overdose to help people fully recover from the trauma in their lives." 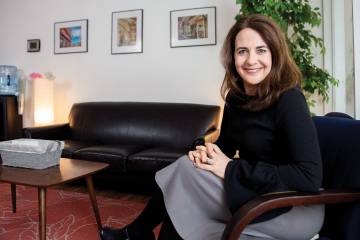 A place to heal