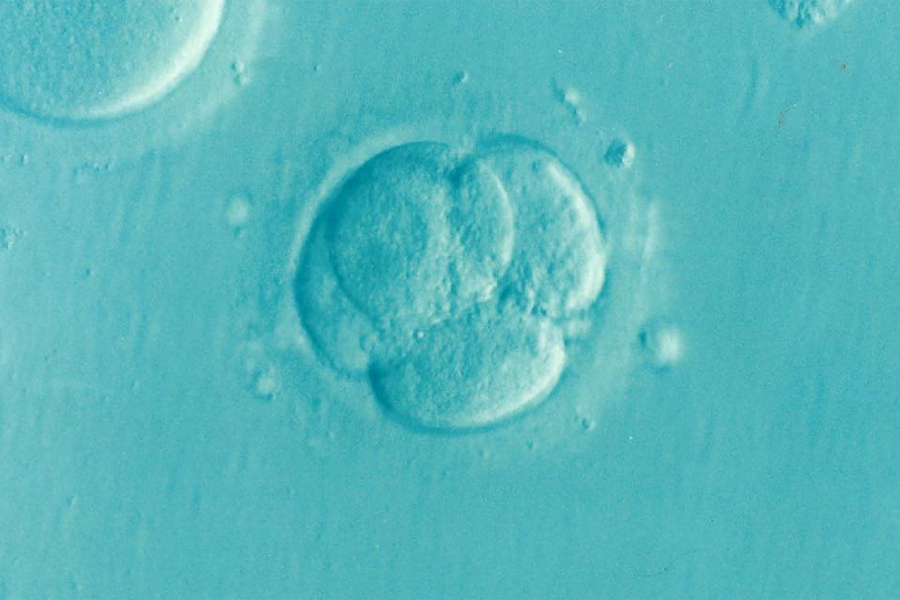 Abnormal cells in embryos might not prevent IVF success

The presence of an abnormal number of chromosomes in the genetic profile of early-stage embryos may be far more common and potentially less threatening during normal human development than is currently believed, according to new research from Johns Hopkins University biologists. The findings could have significant clinical implications for the in-vitro fertilization field, where debate still rages about the efficacy of implanting embryos with cells featuring too few or too many chromosomes—a state called "aneuploidy."

Until recently, these embryos with aneuploidy were destroyed during the typical IVF process. But the researchers found that eight out of every 10 potentially healthy embryos they studied contained those abnormalities. Even embryos with "mosaic" profiles, which feature both normal and aneuploid cells, are often labeled as fully abnormal and discarded. But researchers have struggled to determine what percentage of embryos feature mosaic aneuploidy or its consequences for development.

"Clinicians have wrestled with the decision to transfer embryos featuring mosaic aneuploidy when no other embryos are available," said Rajiv McCoy, a biology professor and senior author of the study, which was published Wednesday in Genome Research. "In recent years, some have implanted such embryos and reported healthy births, indicating embryos may have resilience or self-correction of mosaicism."

"What we found is that low level mosaicism is common. It may be a normal phenotype."
Margaret R. Starostik
Graduate student, Department of Biology

Previous studies have reported anywhere from 4% to 90% of human embryos with mosaic chromosome counts. Such a wide range is the result of discrepant research using the most prevalent screening in IVF called "preimplantation genetic testing," or PGT. The method uses a biopsy to pluck just five cells from the outer layer of an embryo, which will become the placenta, to determine whether it's normal or abnormal, and whether it's ultimately implanted or discarded.

This approach has provoked debate because it assumes that a biopsy is representative of "the embryo as a whole and predictive of its developmental outcomes," the paper states.

"What we found is that low level mosaicism is common," said Margaret R. Starostik, a graduate student in the Department of Biology and lead author of the study. "It may be a normal phenotype."

Unlike the small snapshot taken by PGT, McCoy's lab applied a novel statistical technique to probe a far more extensive existing dataset comprising single-cell RNA sequencing of 74 embryos. The process "provides an embryo-wide census of aneuploidy across early development and quantifies parameters of chromosomal mosaicism that have proven elusive to biopsy-based studies," the paper states.

The result: 80% of the embryos studied contained at least one aneuploid cell across all cell types and developmental stages. In addition, the findings show that the aneuploidy rates are similar across different types of cells of early embryos, but that differences may emerge during later stages of development.

"Hopefully we can move on from the debate about whether mosaicism is common or not to understanding what are the features of mosaicism that are associated with good or bad outcomes in pregnancy," McCoy said. His lab is currently developing methods to distinguish these forms of aneuploidy and their mechanisms of origin using prenatal testing data.